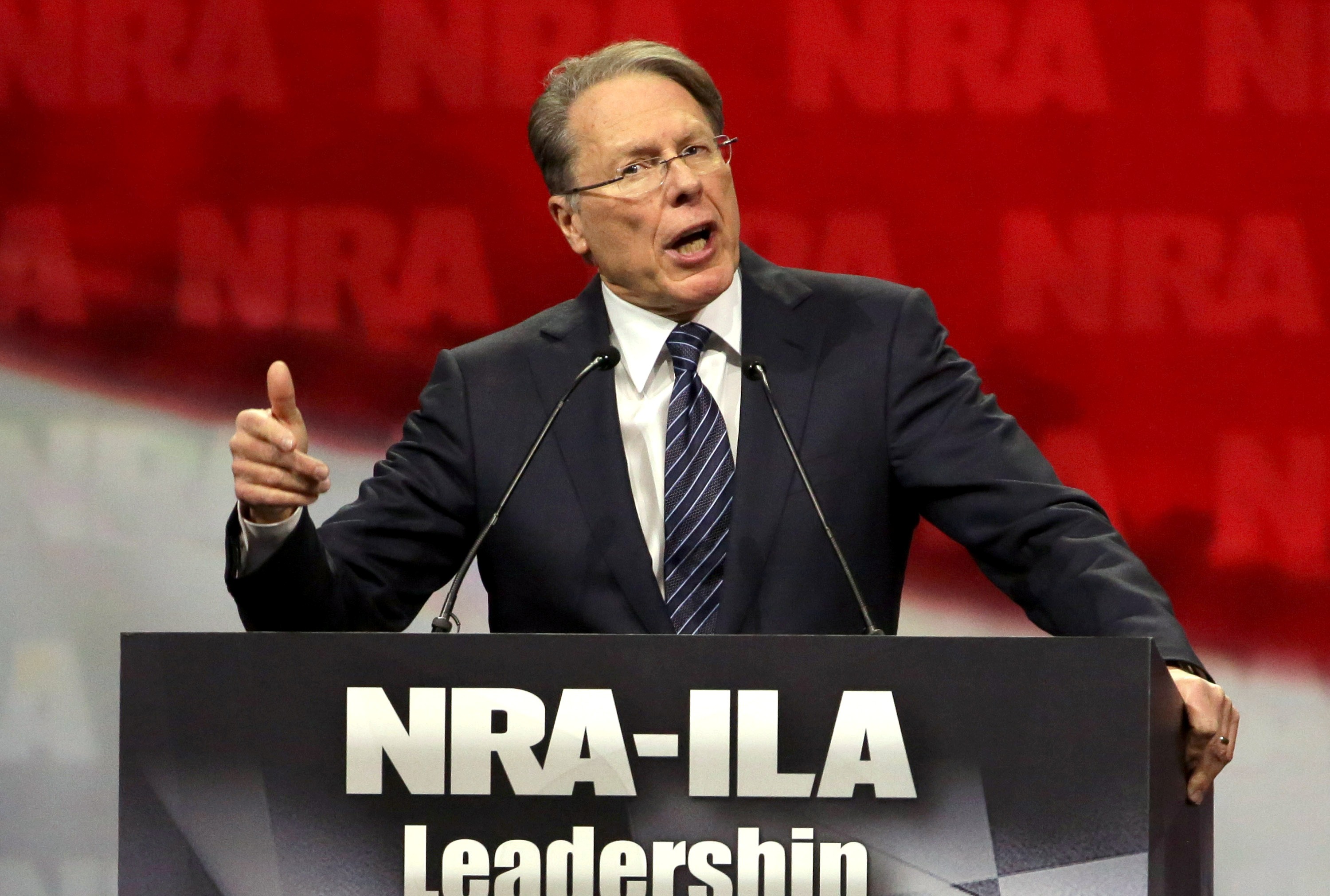 Several high-profile Republicans joined the National Rifle Association in Indianapolis for the first day of its annual convention on Friday, pledging their commitment to Second Amendment rights and also rallying NRA members around the red-meat issues that should drive conservatives to the polls this November, like IRS targeting and religious freedoms.

"We need your help not just on the Second Amendment, but on every piece of the First Amendment and all the other amendments that grant us our freedom," former Sen. Rick Santorum, R-Pa., told the audience. He warned that those opposed to gun freedoms are "attacking your other freedoms and they're working on every front."

He urged the attendees to stay politically engaged not just on gun issues but in other areas as well. "If you bring the same toughness, the same truth, the same energy and passion the NRA can not only save the Second Amendment, you can save America," he said.

Along with gun rights, Santorum charged that the freedom to worship is under attack from the Obama administration.

"They want to tell you it's OK to do whatever you want inside the church, but once you come outside of that church... I get to tell you what to do... whether you can hold certain beliefs on the institution of marriage," he said.

Senate Minority Leader Mitch McConnell, R-Ky., pledged that if given the opportunity to be majority leader in the Senate next year, he'll work with other Republicans to advance more protections for gun owners.

The Republican leader then talked at length about his opposition to new proposed IRS rules that would limit the political activity of certain tax-exempt groups. Conservatives, along with some traditionally Democratically-aligned groups, have said the proposed rule change would hamper freedom of speech.

"The Second Amendment isn't the only amendment -- not the only one -- under assault these days," McConnell said. He railed against "one of the largest and most powerful agencies of the government... using its resources to target and harass political opponents."

NRA president Wayne LaPierre similarly said, "The IRS is now a weapon to punish anyone who disagrees with them, and that means every one of you." He also blasted a "national news media that fails to provide a level playing field for the truth."

LaPierre warned that "this election is going to be a bare-knuckle street fight" and that in 2014, liberals are "laying the groundwork to put a Clinton back in the White House."

More than 70,000 people are expected to attend the NRA convention. Santorum remarked that "the crowds are getting bigger because the threat [to the Second Amendment] is getting bigger."

Gun control advocates are also establishing a presence in Indianapolis this weekend to counter the conference. The Coalition to Stop Gun Violence is sponsoring a mobile billboard driving around the city to expose to what it calls the extremist views of the NRA's leadership. The truck features an offensive quote from Ted Nugent, a NRA board member, and directs people to the website MeetTheNRA.org.

Additionally, the group Everytown for Gun Safety -- which recently launched with a $50 million commitment from former New York City Mayor Michael Bloomberg -- is paying for about 20 survivors of gun violence to travel to Indianapolis for Everytown events. More than 100 mothers of gun violence victims are paying their own way to the city for the events as well. To coincide with the conference, Everytown also produced a report called "Not Your Grandparents' NRA" that charges the organization has devolved from a hunting advocacy organization to an extremist group.

The group has also released an ad in which gun violence survivors quote declarations that LaPierre has made about guns.

Chris Cox, executive director of the NRA's lobbying arm, called Bloomberg an "arrogant hypocrite" and warned him to "stay out of our homes, stay out of our refrigerators and stay the hell out of our gun cabinets."

The House has voted to hold Bannon in contempt. Here's what happens next.
Stephanie Condon