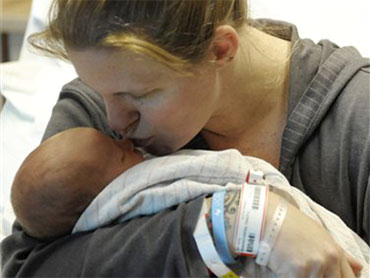 Several presidential campaigns back, I wrote an essay on the joy of voting, and some folks have asked me to repeat it. So, by (I guess) what I'd call "semi-popular demand," here it is.

Several of my fairly famous colleagues have disclosed they no longer vote, as a way of maintaining their neutrality as journalists. I admire their objective, but I don't understand their reasoning.

Anyone who knows me knows how much I love my job, but it is a job. I wouldn't equate it with voting, which to me is my duty as a citizen ... like paying the water bill.

I remember reading "The Rise and Fall of the Third Reich" as a young man, and how surprised I was to learn the Nazis had used an election as a springboard to power. Had I lived in Germany then, I hope I could have voted against them. I wouldn't have wanted to be neutral on that one.

Besides, voting is just so much fun.

As a reporter, I have to back up what I say with facts. But I need to give no reason, marshal no argument, for why I voted the way I did. Maybe I just didn't like the candidate's attitude; that's reason enough to vote against him. Or maybe I found a candidate really qualified. That's a good reason to vote for him.

It is my vote, and I can exercise it any way I choose, but no candidate gets my vote unless I believe he or she deserves it.

We take voting so seriously at my house, my wife has instructed me not to tell even her who I voted for. She's afraid I'll disappoint her. Oh, ye of little faith!

But isn't that the best part? We can tell everyone, or no one.

So go vote. It's good for the country, and it's good for you. As my mother used to say, it makes you feel big and strong.