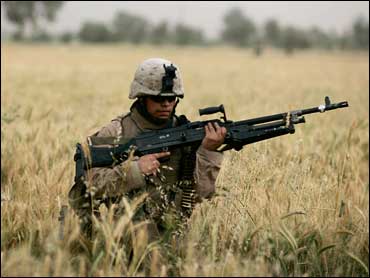 
I was in my office reading the newspaper one day last week when I heard someone on one of the cable networks say, "Vice President Cheney urged the Iraqi parliament to abandon plans for a two month summer vacation."

I guess I should have heard about it before, but somehow I hadn't and it hit me with a jolt. I mean who could be serious about taking two months off while people – Americans and Iraqis – were dying just beyond the parliament door.

But then I heard the television reporter say the Vice President had told the Iraqis that with so much at stake, "any undue delay would be hard to explain."

I've got a couple of issues with the vice president but I am with him on that one.

We have a sharp debate going on in our Congress about whether to bring our troops home from Iraq. I buy some of those arguments, some I don't.

But I haven't heard a better argument for withdrawal than the Iraqi parliament's decision to take a vacation in the coming weeks. That makes the case far better than "our poor power to add or detract," to quote another American wartime president.

The idea that the Vice President of the United States would have to go to Baghdad to urge the Iraqis not to take a vacation is ludicrous in itself. If the Iraqis think the American people will put up with that, I'm sorry, they better think again.

I'm not sure even the President's strongest supporters would put up with that.