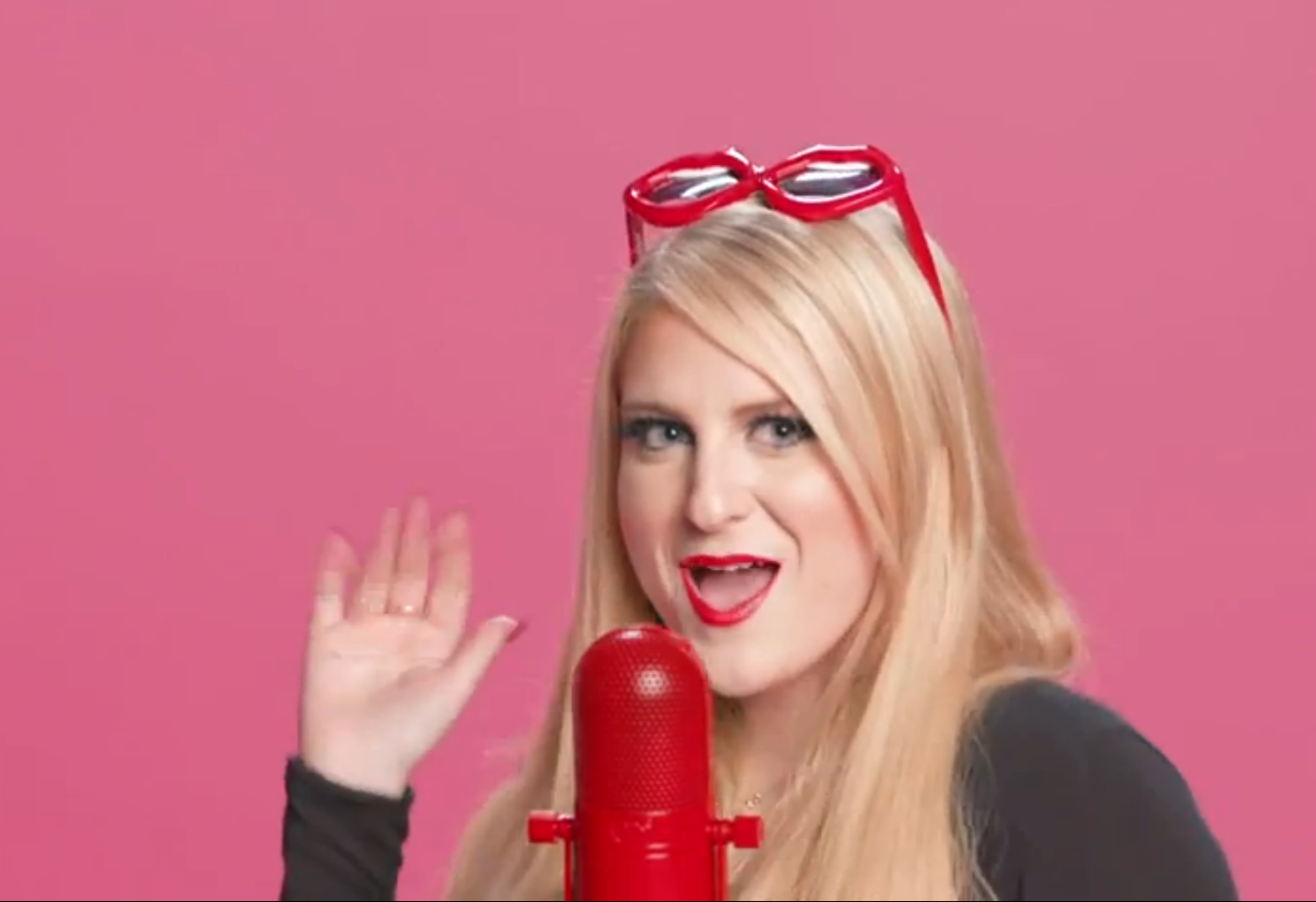 You may be shocked to hear this, but yes, there's more going on in the music world right now than Taylor Swift. To prove it, here's nine seriously catchy songs that we have on heavy rotation this month. Enjoy!

Mark Ronson, producer behind Amy Winehouse's "Rehab" and pop's leading man Bruno Mars have teamed up for "Uptown Funk," which as its title hints, comes straight out of the '70s. It grooves, it funks, and when the build-up comes, instead of dropping into EDM like every other pop song right now, it only gets funkier:

Looks like Meghan Trainor is about more than just "that bass." Her second single, "Lips Are Movin,'" finds her confronting her dishonest man. It's another super-fun track from this pop diva of the moment; one you can find on her debut album, "Title," due out Jan. 13:

Usher hasn't offered a release date for his upcoming album, "UR," but he has kept us satisfied, first with "She Came to Give it to You," and now with the slow, simmering "Clueless." Like 2012's "Climax," this song is more stripped-down and low-key, which we think makes for his best songs.

Just when you thought Ariana Grande was out and Taylor Swift was in, the pint-sized singer strikes back with another single from "My Everything." Just like with "Break Free," "Love Me Harder" finds Grande collaborating with a very prominent DJ/producer. This time, it's Canada's The Weeknd, and the results are just as smashing:

Nicki Minaj goes full Rihanna on "Hey Mama," a track you can find on David Guetta's new album "Listen," out Nov. 24. This is the duo's second collaboration, their first being 2011's "Turn Me On." Personally, this is better.

It's been three years since Azealia Banks released her first single, "212." Since, the 23-year-old rapper has had many Twitter feuds, a breakup with Interscope and a lot of speculation as to whether this album would even happen. But she made it through the storm. Her debut, "Broke With Expensive Taste," hit stores Nov. 6 and was well worth the wait, so let's celebrate with this stand-out track, "Ice Princess":

The debut album from Scottish electro-indie-pop outfit CHVRCHES was played everywhere, from mainstream radio to Urban Outfitters. And luckily, it seems like we're inching closer to a follow-up. "Get Away" is similar to the single, "Gun", yet not as catchy, so let's hope this is one of those, "We're releasing a non-essential new track so we can blow everyone away when it actually comes out" sort of things. That would be best:

Fleet Foxes drummer J. Tillman went solo in 2011, releasing the acclaimed "Fear Fun" under the monicker Father John Misty. Now, he's gearing up for his sophomore release, and if this cynical, Eagles-meet-Randy-Newman-esque ballad is any hint, it's going to be a masterpiece:

She And Him: "Stay Awhile"

Here's another nice song from Zooey Deschanel and M. Ward, complete with a neat video of them dancing with invisible partners and playing invisible instruments. They're releasing their fifth studio album, "Classics," on Dec. 5:

Tune in next month for another CBS News #NewMusicMixtape, and comment below with any tracks you think should make November's list!