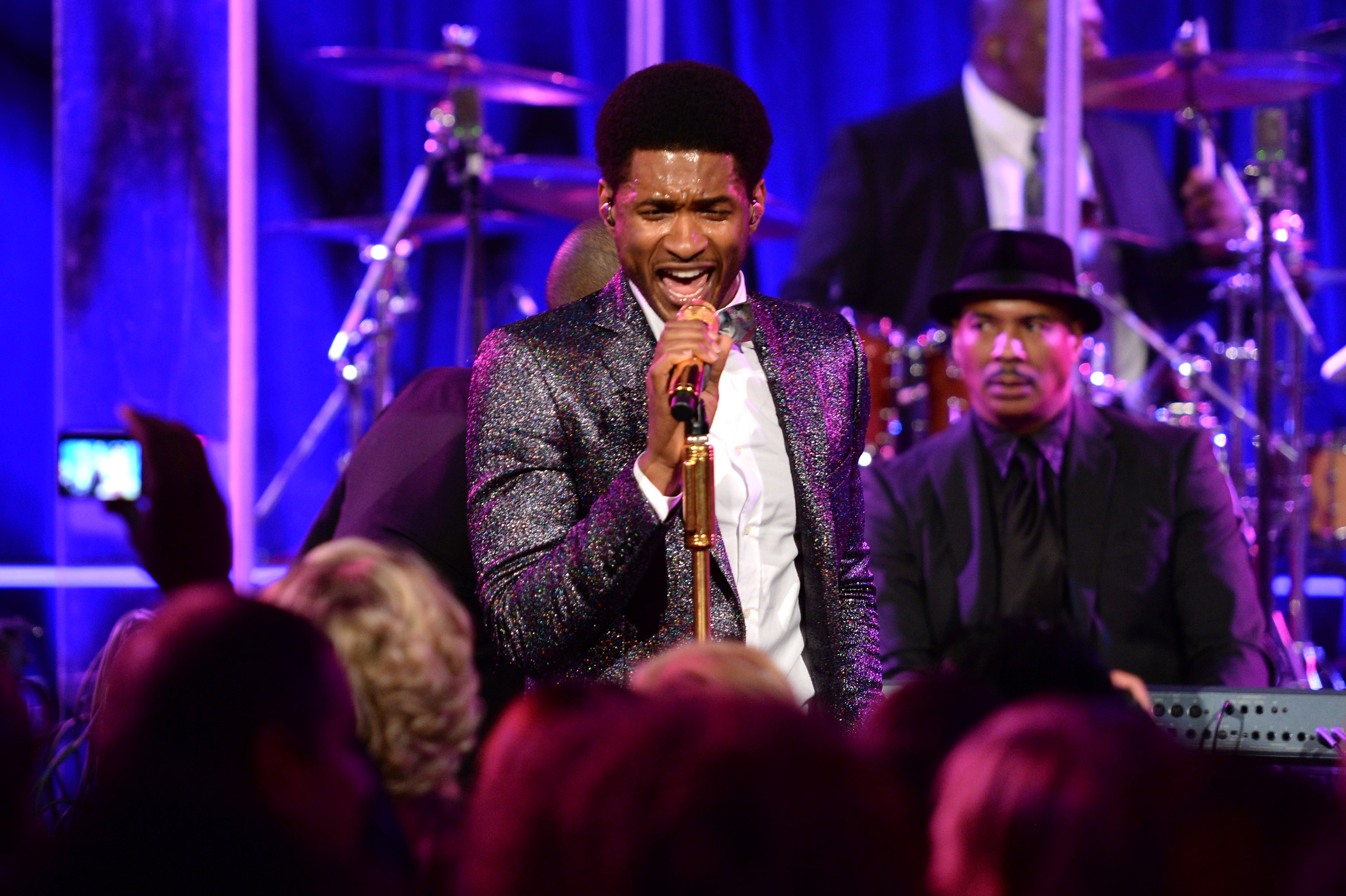 At CBSNews.com, we always have an ear out for the next big thing in music.

Here's a playlist of new tracks we have on repeat this month:

Usher: "She Came to Give it to You," ft. Nicki Minaj

Let's start things off with the summer dance song you've been waiting for. This Pharrell-produced disco track features a funk baseline a la "Blurred Lines" and a guest spot from Nicki Minaj:

Bleachers: "I Wanna Get Better"

Jack Antonoff, guitarist from Fun. and boyfriend of Lena Dunham, released a solo album Tuesday under the name "Bleachers." Here's the leading single:

Our favorite alternative track this summer is Spoon's breezy single "Do You." It's the band's strongest effort in recent memory, and great for that late afternoon ride to pick up the kids at camp:

Future Islands: "Seasons (Waiting on You)"

This song may have come out earlier this year, but it's become something of a phenomenon following singer Samuel T. Herring's inspiring dance moves on the "Late Show with David Letterman" (CBS reppin'):

This indie supergroup is back with the high-energy first single from their forthcoming album, "Brill Bruisers." The video for "War on the East Coast" is shot in a single-take, jumping on the OK Go trend, with pretty positive results:

The reign of Lorde is not over. But then again, do we want it to be? Here's "Tennis Court," the singer's third single from her debut album, "Pure Heroine:"

Rounding out our list is the latest from the king of song parodies -- long before YouTube -- "Weird Al." Is this "Fancy" parody as culturally significant or as funny as 2006's "White and Nerdy"? Hey, maybe not, but we're just happy "Weird Al" is still as weird as ever:

1. Evening BBQ with friends: You couldn't impress them with the taste of your grilling, but you will with your taste in music and your on-point cultural relevance.

2. Day at the beach: Pack your jambox right between your paperback copy of "Gone Girl" and your SPF 50 and you'll be set for the whole afternoon.

3. Road trip to your family reunion in Virginia: No one in the car wants to spend the weekend with Aunt Margaret. Soften the blow with this playlist.

Tune in next month for another of CBS News' #NewMusicMixtape, and comment below with any tracks you think should make August's list!