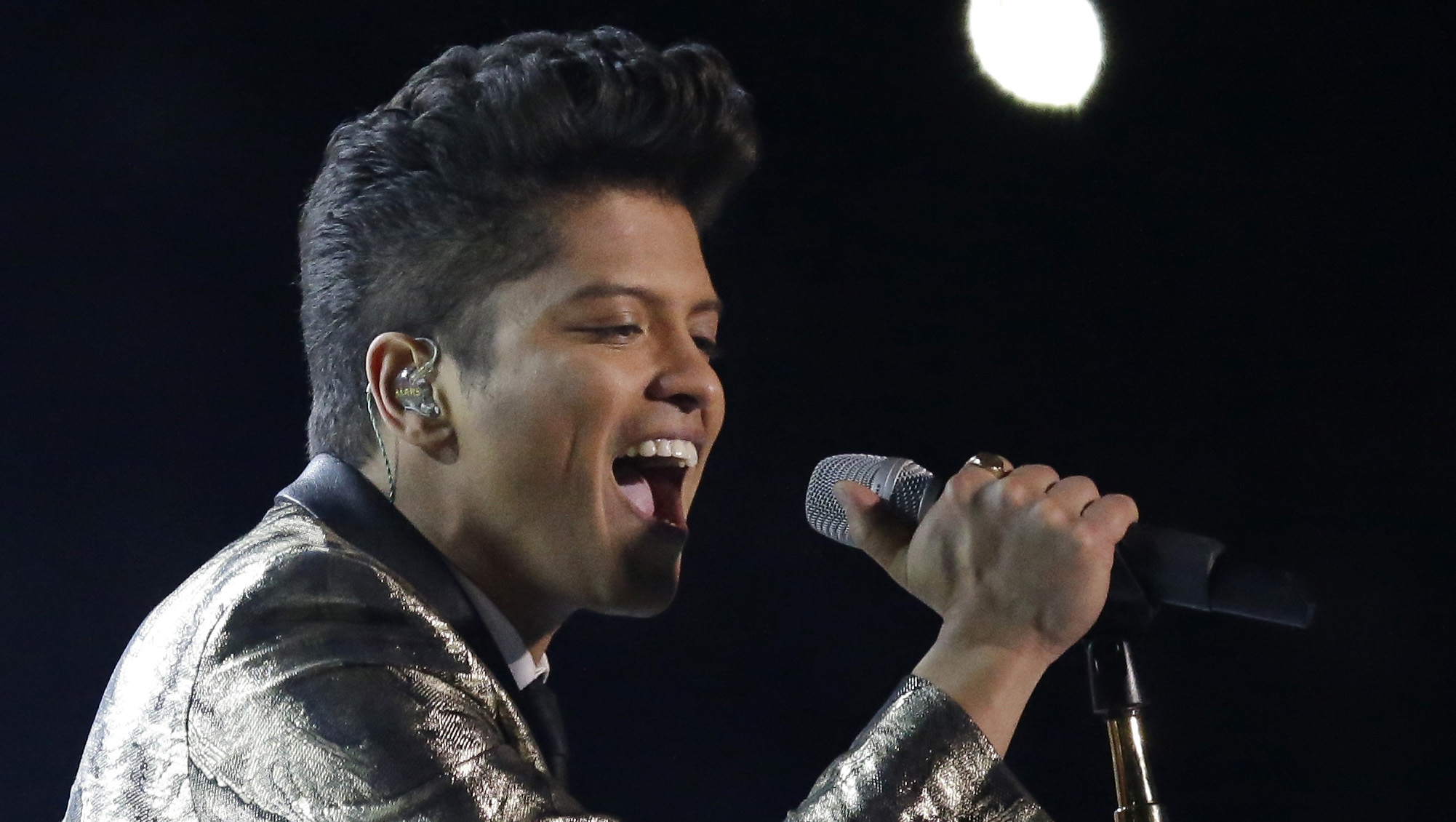 Anybody worried about how Bruno Mars would do on one of the world's largest stages had obviously never seen the young star perform live. That all changed Sunday night when tens of millions got their first chance to see why he's one of the most exciting live acts of his generation.

Mars, 28, took his high-powered live show to Super Bowl halftime, creating what felt like an intimate show in the arena in East Rutherford, N.J., and supersizing it in what has become a defining moment for those who preceded him on the list of halftime performers in the big game.

The Grammy Award-winning singer eliminated any doubters from the second he appeared on screen in a skinny tie and gold jacket almost as dazzling as his smile. He played a deep-groove drum solo while rolling across the field on a raised, motorized platform, then joined his smoking-hot live band for a series of energetically executed hits that were clearly not lip-synced. He then seamlessly integrated the Red Hot Chili Peppers into his set.

"There were a lot of doubters and my man delivered," Fox commentator Howie Long said after the performance.

Hard to disagree. There were no flubs, no negative moments that will live on at the water cooler Monday morning. And while you can argue about the entertainment value of watching shirtless Chili Peppers gambol about the stage, the 50-year-old Rock and Roll Hall of Famers managed to match Mars' energy in a brief appearance that was no less memorable.

Mars trades in shared memories, taking the best of acts that have come before like the infectiousness of Sting and The Police, or the groove of James Brown, and updating them with lyrics and sounds that capture the freshness of the current moment. He opened by displaying the beauty of his high tenor with the sing-a-long-inviting "Locked Out of Heaven" and "Treasure" before transitioning to "Runaway Baby."

That song, with its Brown-flavored beat, allowed the Hawaiian-born singer to dance in homage to "Soul Brother Number One," complete with an impressive gymnastics-style split as part of his moves. He broke down the band to silence and killed the lights for a moment, allowing the crowd's screams to be heard at home, before transitioning to the Chili Peppers and the funky "Give It Away."

The Chili Peppers, which included singer Anthony Kiedis and bassist Flea sans shirts in temperatures that hovered in the 40s, powered through the song, then joined Mars and his Hooligans in a quick few bars from Black Sabbath.

Mars and his eight-piece band, The Hooligans, were dressed from head-to-toe in custom-made clothes from Saint Laurent by Hedi Slimane.

Fox cut to video segments of soldiers around the world dedicating the next song to loved ones before going back to Mars. He appeared alone on a small stage in the center of the field where he sang the ballad "Just the Way You Are" with the stands full of lights and the sky aflame with the biggest fireworks display in NFL Super Bowl history.

It was a powerful moment and compared favorably to past performances by stars like Prince and Bruce Springsteen.

There was never a dull moment. That's about all you can ask, especially in a game that was full of them.