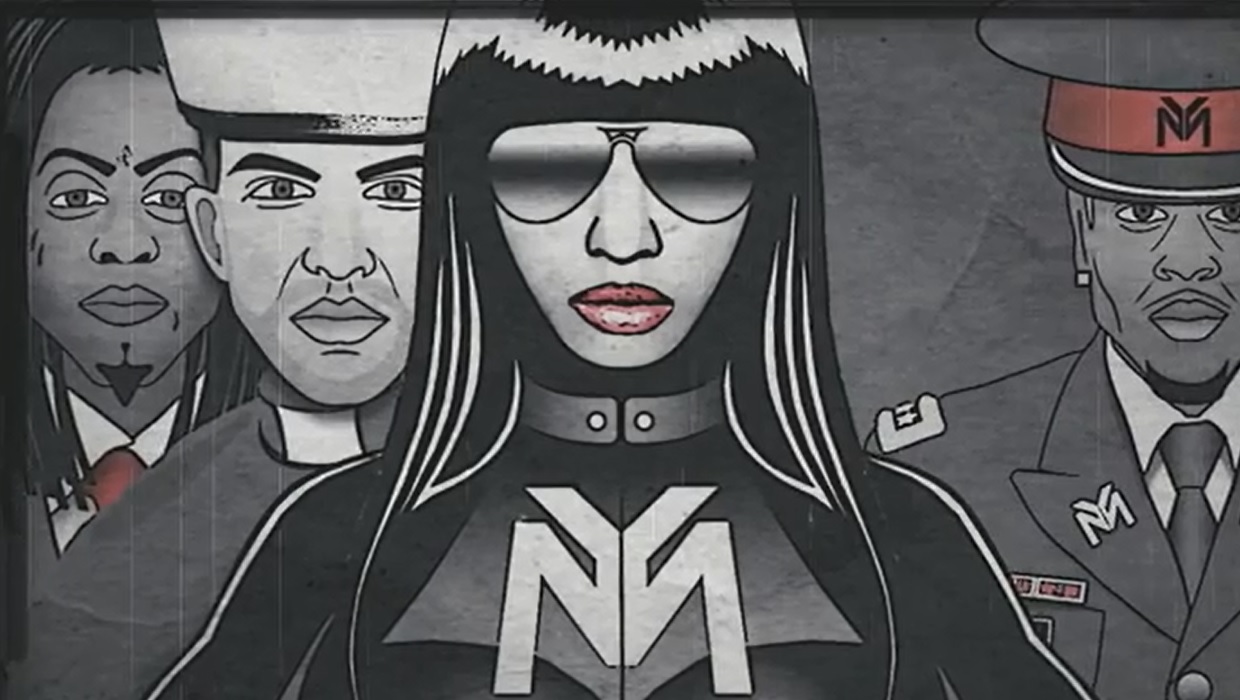 Nicki Minaj says she takes "full responsibility" for the recent uproar over her latest music video inspired by Nazi imagery.

The "Anaconda" singer took to Twitter Tuesday morning to address the controversy over the animated clip for "Only," the third single off her upcoming album, "The Pinkprint." In the video, an animated Minaj can be seen at a large rally, similar to the mass propaganda events popular during the Third Reich. Images resembling swastikas are depicted throughout the video.

Minaj wrote on Twitter that while she didn't come up with the Nazi theme, she is "very sorry" and takes "full responsibility if it has offended anyone."

"I'd never condone Nazism in my art," Minaj wrote.

In a separate Twitter post, Minaj pointed out that one of the creators of the video -- whom she identifies as "A. Loucas" while TMZ labels him as her new boyfriend, "Alex" -- is Jewish. Some media commentators have also noted that rapper Drake -- who provides backing vocals on the "Only" track along with Chris Brown and Lil Wayne -- is half-Jewish on his mother's side.

In yet another post, Minaj claims that the video was inspired by "Sin City" and the Cartoon Network series "Metalocalypse."

This isn't the only public backlash Minaj has faced over the last year. In February, she was forced to apologize after posting an image of Malcolm X superimposed with text of the N-word.

Regardless if it was intentional or not, the uproar over the "Only" clip will only generate more publicity for Minaj's "The Pinkprint," due out Dec. 15.

Tell us: Do you think the video is in poor taste?