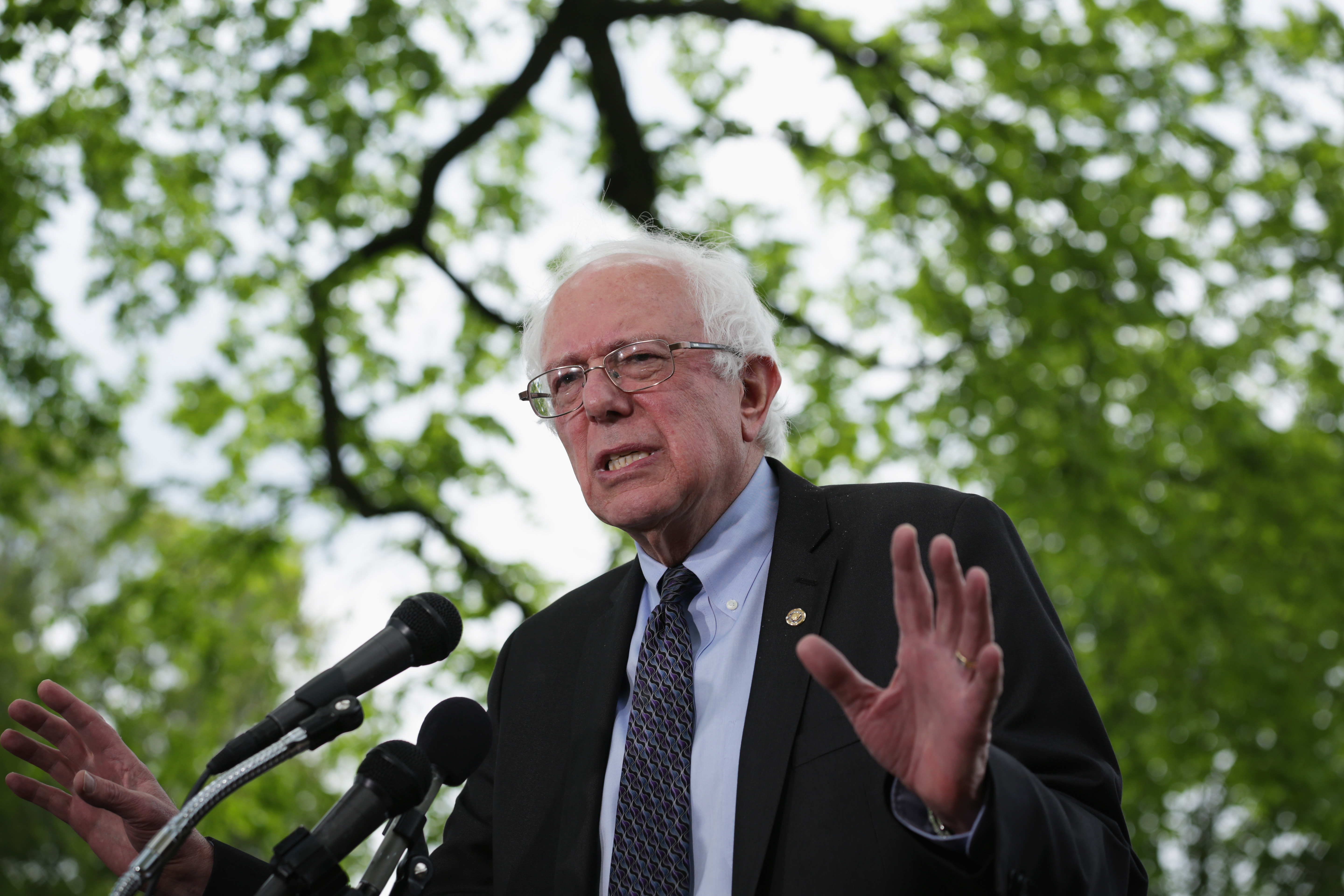 When candidates are confronted by ideological opposition from within their own party, they face two options: They can fight it or embrace it. In 1952 Dwight Eisenhower and Robert Taft fought. In 1980 Jimmy Carter and Edward Kennedy fought. In 2014 Republican incumbents fearful of Tea Party challengers co-opted the grassroots movement's message and with a suffocating embrace drained their opponents of a rallying cry.

In the first act of the Hillary Clinton v. Bernie Sanders competition, the candidates are following the latter route: It's all snuggle. Sen. Sanders announced that he was running for president Thursday and trained his fire on Republicans. He needs attention and he could have gotten it by showing the clear differences between his views and Clinton's--but he didn't. He says he will fight for the middle class (which is also Clinton's message), but he didn't give voice to the liberals who believe that Clinton's ties to Wall Street and big money will prevent her from ever genuinely fighting for the middle class. (He knows they believe this because voters tell him so on the stump.) She calls herself the "people's champion." Sanders could have pointed out that he has been the real tribune of working people, but he didn't do that either. When pressed about donations to the Clinton foundation, Sanders said it concerned him before quickly changing the subject to the Koch brothers and how much worse their influence is in politics. That is what Clinton allies do.

If this continues to be the Vermont senator's approach, Sanders will be more of a help to Clinton's presidential chances than he will be to his own.

The first bonus that Sanders provides for Clinton, say her supporters, is that he becomes a foil. One of Clinton's Democratic allies in Congress explained that with a country that prefers general election candidates closer to the middle, Sanders will always offer proof that Clinton is not really that far left. He does for Clinton what Howard Dean did for John Kerry in 2004.

Clinton can have it both ways though. If Sanders doesn't press the case against Clinton, she can pick and choose which of his policies she can associate herself with in order to maintain support within her own party among liberals (who already overwhelmingly approve of her candidacy). So when Sanders announced his campaign, Clinton just hugged him, writing on Twitter: "I agree with Bernie. Focus must be on helping America's middle class. GOP would hold them back. I welcome him to the race. -H."

Clinton is able to so easily pick and choose that no one noticed that in her pitch as the "people's champion" she is copying almost word for word language that Sanders used before her in his speeches.

Here's a riff that Sanders has been using for months: "It is disgraceful that millionaire hedge fund managers are able to pay lower effective tax rates than truck drivers or nurses because they take advantage of a variety of loopholes that their lobbyists wrote."

And here is what Clinton said in her opening remarks at her first campaign event in Iowa: "And there's something wrong when hedge fund managers pay lower tax rates than nurses or the truckers that I saw on I-80 as I was driving here over the last two days."

In 2012 Rep. Ron Paul and Mitt Romney had a symbiotic relationship in the Republican campaign. Paul elevated his own profile and gave his voters an outlet, but he never pointed out the yawning gaps between what he claimed to believe so deeply and the positions of the man who was on his way to being the party's inevitable nominee. It's way too early to see if Sanders will play the same role for Clinton, but it has started out that way.

Sanders is such a long-shot, those who share his views might be okay with the consolation prize of imitation from Clinton. But if her move to the left is simply rhetorical then she can shed that rhetoric in the general election as candidates often do. This would be another reason for Sanders to press his case with more definition.

Sanders says he's never run a negative ad and he has asked the campaign press not to cover gossip. Good and good. A campaign of ideas it shall be then. If that's what he actually wants though, his competition isn't the Republican Party. At least not yet. His competition is Hillary Clinton.

Right now the party whose nomination he wants thinks she is the safe, electable, competent candidate who believes a more reasonable version of some of the same things he does. It's a very comfortable arrangement.