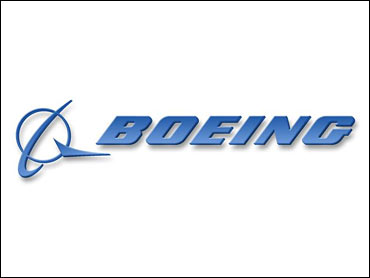 OSLO, Norway -- Budget carrier Norwegian Air Shuttle ASA on Wednesday said it has ordered 222 new aircraft from Boeing and Airbus in separate deals with a combined worth of $127 billion in list prices.

The total order, which includes 122 Boeing 737 aircraft and 100 Airbus A320 planes for delivery starting in 2016, is the largest ever aircraft purchase in Europe, Norwegian Air Shuttle said.

"Today is a historic day for Norwegian," CEO Bjoern Kjos said. "We have secured our fleet renewal for years to come and are very pleased with the agreements with both Airbus and Boeing."

Boeing 4Q profit up as plane deliveries take off

Norwegian Air Shuttle, one of Europe's fastest growing airlines, sees the acquisition of new, fuel-efficient aircraft as key to its strategy to offer low-cost fares. It has expanded rapidly in Europe, and Kjos told The Associated Press last month that it's planning to launch long-haul operations, with flights to New York and Bangkok scheduled to start in early 2013.

The deal with Boeing includes orders for 100 Boeing 737 MAX8s and 22 Boeing Next-Generation 737-800s, in addition to purchase rights for an additional 100 737 MAX8 aircraft. Boeing said Norwegian is the first European carrier to complete an order for its 737 MAX aircraft.

"The total order is valued at $11.4 billion at list prices and represents the largest-ever Boeing order from a European airline," the American company said.

The Airbus agreement is for 100 Airbus A320neo planes, with purchase rights for an additional 50. The neo is a modified version of the existing workhorse jet, the A320, with improved engines and modified wingtips to make it more fuel-efficient.

The A320neo lists for 96.7 million euros (126 million) each, but airlines negotiate discounts for bulk orders.

Kjos declined to reveal the price tags negotiated with Boeing and Airbus but said "we have gotten deals that otherwise wouldn't be able to get because we're first."

Kjos said the deals will be financed by loans guaranteed by the Export-Import Bank of the United States and European export credit agencies.

"The banks will be financing the deals against a state guarantee from the agencies," Kjos told AP.

The challenge will be to place the new planes in routes and markets where they can fill the seats, and not end up in a situation where "suddenly you're raking in losses instead of paying for the planes," Strickland said.

Unlike budget carriers Ryanair and EasyJet, which are flying from destinations across Europe, Norwegian is focused on the Scandinavian market. Last year, the airline flew about 13 million passengers, rapidly gaining ground on regional competitor Scandinavian Airlines.

Norwegian, which had previously only used Boeing planes, said it would benefit from using two aircraft suppliers "both in terms of ensuring adequate flight capacity, flexibility and competition between two manufacturers."

Kjos, a former fighter pilot, owns 27 percent of Norwegian, founded in 1993 and listed on the Oslo stock exchange 10 years later. After struggling to make a profit in its early years, Norwegian bought competitor FlyNordic from Finnair in 2007 and ordered 42 new Boeing 737 planes, lowering fuel and maintenance costs.

Before the announcement Wednesday, Norwegian had placed orders for 55 Boeing 737-800 and six Boeing 787 Dreamliners.