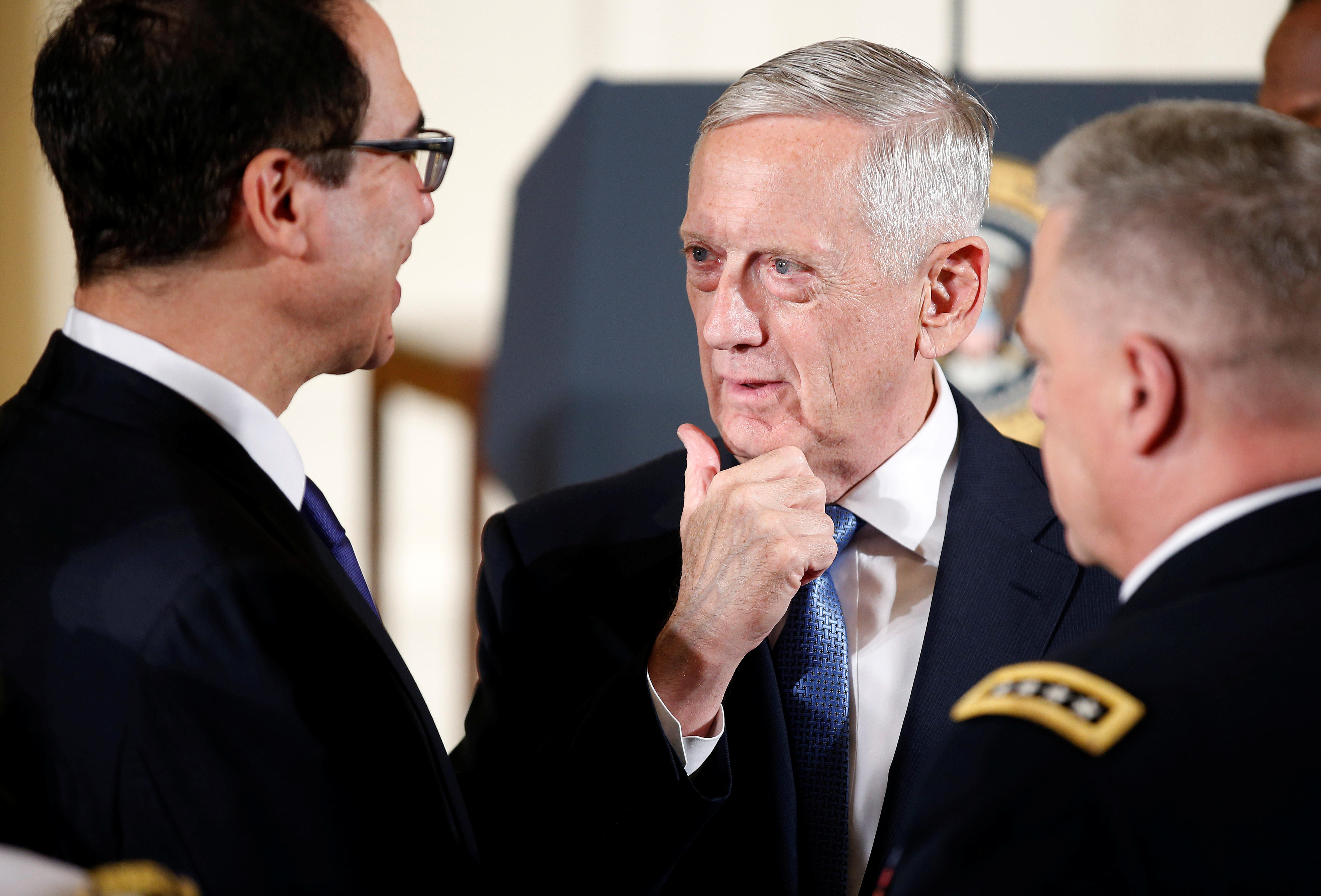 Defense Secretary James Mattis expanded on President Trump's stern warning to the North Koreans, issuing his own threat to the regime, warning the regime to stand down in its pursuit of nuclear weapons.

In a statement released on Wednesday, Mattis said North Korean dictator Kim Jong Un should "take heed of the United Nations Security Council's unified vote", referring to a unanimous Security Council vote on Saturday that imposed a new round of sanctions on the regime to help curb North Korea's efforts in developing a nuclear weapon.

"The DPRK must choose to stop isolating itself and stand down its pursuit of nuclear weapons," Mattis continued. "The DPRK should cease any consideration of actions that would lead to the end of its regime and the destruction of its people."

Mattis wrote that Mr. Trump was informed of the "growing threat" back in December and upon taking office, his first orders to the defense secretary "emphasized the readiness of our ballistic missile defense and nuclear deterrent forces."

And although the State Department is trying to pursue a diplomatic solution in preventing the North from attacking the West, "it must be noted that the combined allied militaries now possess the most precise, rehearsed and robust defensive and offensive capabilities on Earth," Mattis said.

"The DPRK regime's actions will continue to be grossly overmatched by ours and would lose any arms race or conflict it initiates," Mattis added.

Secretary of State Rex Tillerson adopted a different tone in his comments earlier Wednesday, urging Americans to have "no concerns" and assuring them that they can "sleep well at night."

"Nothing that I have seen and nothing that I know of would indicate that the situation has dramatically changed in the last 24 hours," Tillerson said Wednesday.

President Trump on Tuesday also warned Kim about continuing to threaten the U.S.

In an interview with "CBS This Morning" on Thursday, Sen. Lindsey Graham, R-South Carolina, supported the aggressive U.S. posture.

Russian Ambassador Vassily Nebenzia told reporters at the U.N. on Wednesday that the tone right now is too "bellicose" and that a military response is not a solution.

Nebenzia said that the U.S. and North Korea should begin a "dialogue," reports CBS News' Pamela Falk, and he added that the Russian Embassy in Washington, D.C. is in touch with North Korean officials.

"Our strong wish is that the United States keeps calm and refrains from any moves that would provoke another party to actions that might be dangerous," Nebenzia said at the U.N., Falk reports, adding that the U.S. should give allow a few days for tension to calm down.