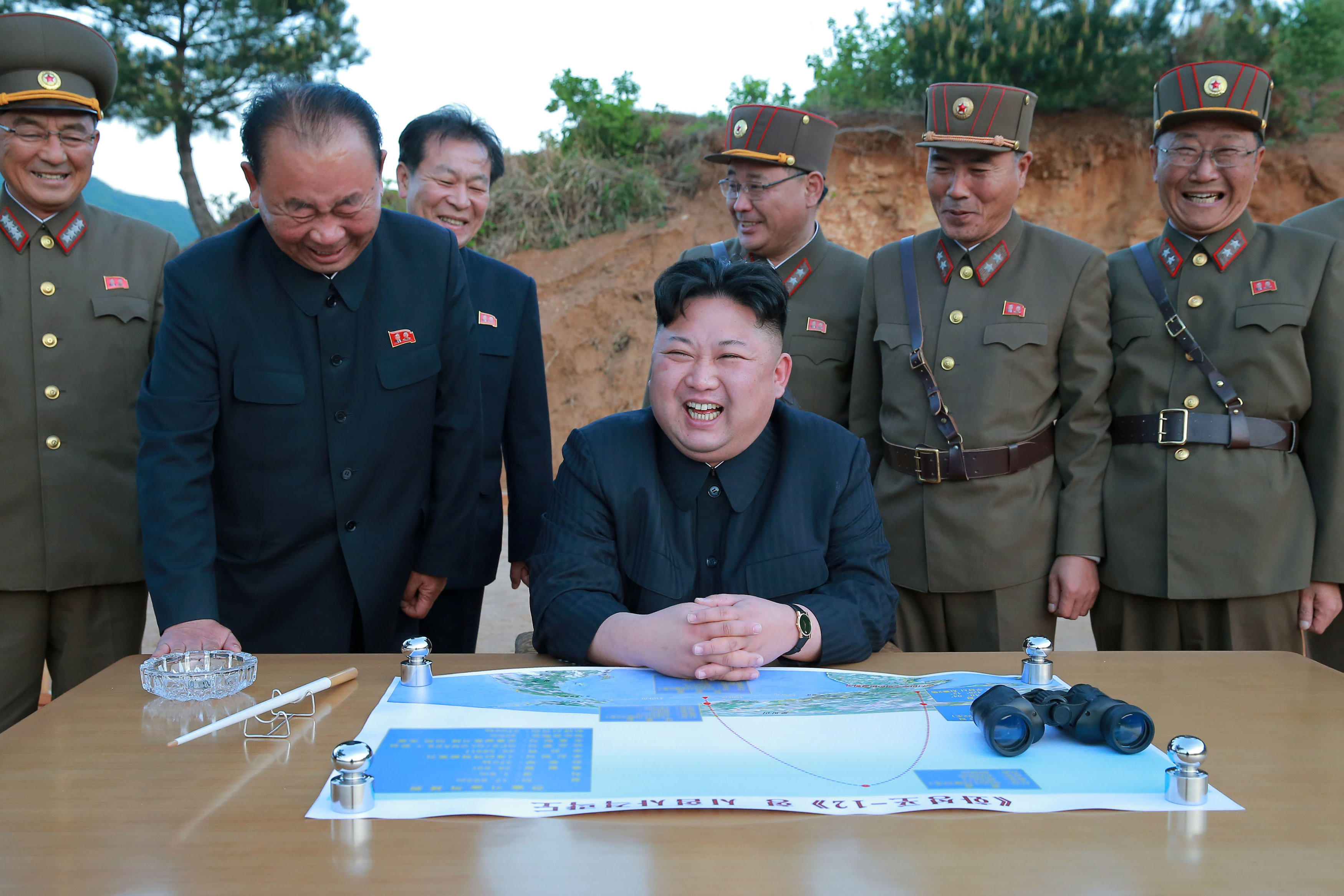 A statement released Wednesday by the North Korean army says President Trump is "a guy bereft of reason."

"Sound dialogue is not possible with such a guy bereft of reason and only absolute force can work on him," reads the statement by General Kim Rak Gyom. It was released on state-run media.

The latest communication from North Korea came amid heightened tensions between the reclusive nuclear power and the U.S. On Tuesday, President Trump said threats from Pyongyang would be met with "fire, fury and frankly power the likes of which the world has never seen before." Earlier that day, a Defense Intelligence Agency report concluded North Korea is now capable of miniaturizing a nuclear warhead, stoking fears the country could soon be able to mount one on an ICBM capable of reaching the U.S. mainland.

Wednesday's statement came just one day after North Korea's military threatened an attack on Guam, a U.S. territory in the Pacific that is home to a major American naval base. That statement said U.S. bombers from Guam "openly stage actual war drills and muscle-flexing in a bid to strike the strategic bases of the DPRK [Democratic People's Republic of Korea]."

In Wednesday's statement, Gyom also reiterated their threat to fire missiles at the waters off Guam. Gyom is the head of North Korea's rocket command.

"As already clarified, the Strategic Force of the KPA is seriously examining the plan for an enveloping strike at Guam through simultaneous fire of four Hwasong-12 intermediate-range strategic ballistic rockets in order to interdict the enemy forces on major military bases on Guam and to signal a crucial warning to the U.S." the statement says.

According to the statement, this plan would call for North Korea to fire missiles over Japan and into the water "30 to 40km [about 18 to 24 miles] away from Guam." It says North Korea's military will complete their plan by "mid-August and report it to the commander-in-chief of the [North Korean] nuclear force and wait for his order."

The statement also blasts Mr. Trump for playing golf while "failing to grasp the ongoing grave situation." Mr. Trump is currently on what a White House official has described as a "working vacation" at the Trump National Golf course in Bedminster, New Jersey.

"We keep closely watching the speech and behavior of the U.S." the North Korean statement concludes.