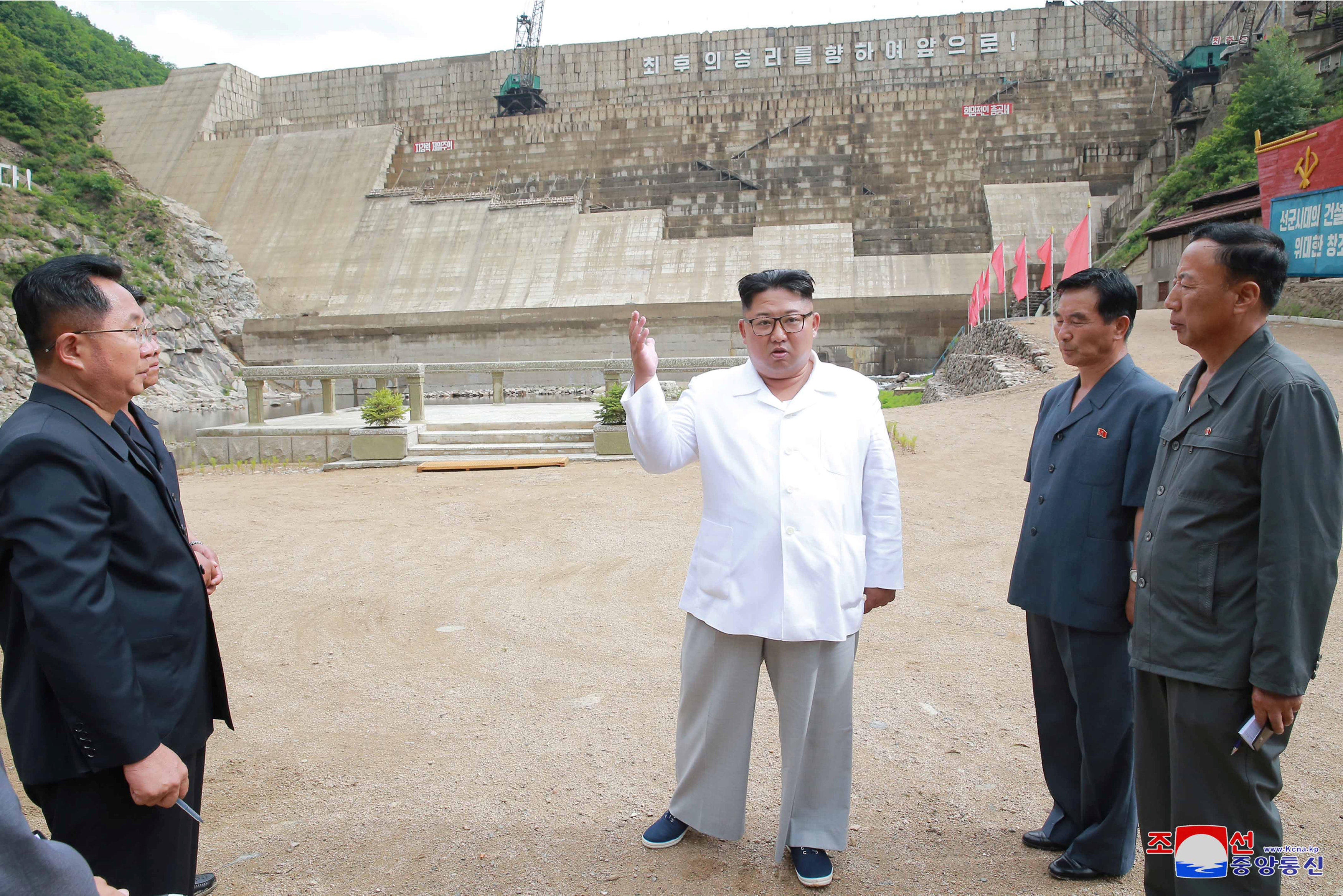 Experts say Kim may be struggling to improve his country's moribund economy and intends to pass the responsibility for its economic woes on to officials before possibly launching new economic policies.

The latest fury, as Kim negotiates with the United States over abandoning his nuclear weapons programs, came during a visit to the power plant's construction site in the northeast. After officials briefed him about the project and its delays, he was "speechless" and "extremely enraged," the Korean Central News Agency reported.

"Kim pointed out that the cabinet has specified the project as a target project that should be accelerated," the KCNA report said.

Earlier this month, during visits to two textile factories, Kim also criticized officials for poor building maintenance, a failure to modernize production lines, lack of expertise and other problems.

Since taking power when his dictator father Kim Jong Il died in late 2011, Kim, 34, has promised to boost living standards and sought to project an image of youth and modernity while pushing hard to build up North Korea's nuclear capabilities.

Under his rule, the North's economy has gradually improved as some capitalist elements such as outdoor markets have been allowed. U.N. sanctions that were toughened after nuclear and missile tests could take a huge economic toll if they continue, foreign experts say.

After entering disarmament talks with the United States earlier this year, Kim met in June with President Donald Trump and agreed to commit to "complete denuclearization of the Korean Peninsula." But there has been no major progress in the North's disarmament.

U.S. and South Korean officials say they are ready to help North Korea revive its economy if it gives up its nuclear program.