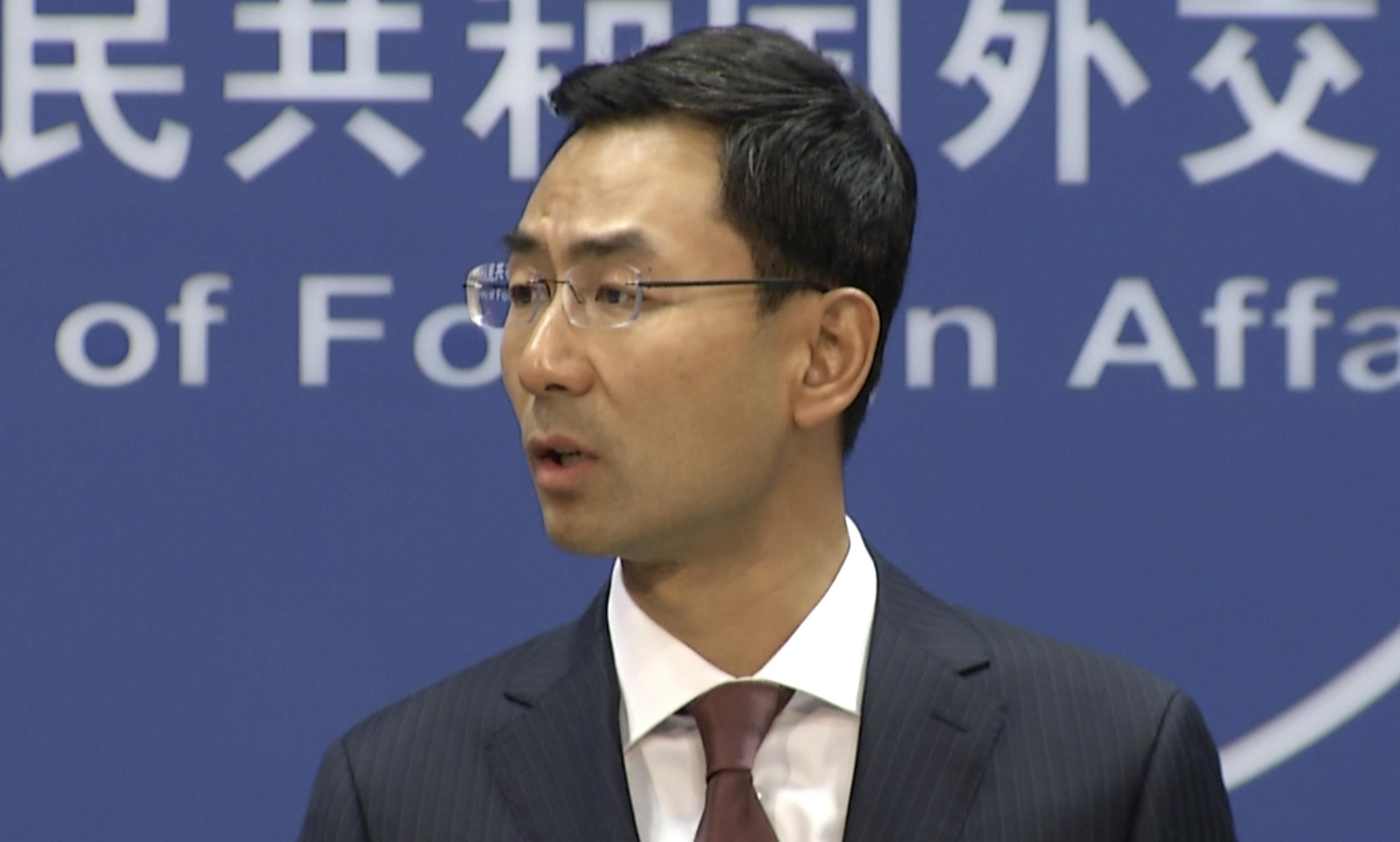 BEIJING -- China on Tuesday said it shouldn't be held responsible alone for solving the North Korean nuclear standoff, and accused other countries of shirking their responsibilities in the effort to reduce tensions.

The complaints, made in unusually strident language, follow a phone conversation between President Xi Jinping and President Trump earlier this month in which the Chinese leader warned of "some negative factors" that were harming China-U.S. relations, indicating relations between the two countries had hit a rough patch after some initial optimism.

Foreign ministry spokesman Geng Shuang told reporters Tuesday that China was upholding its obligations under United Nations resolutions on North Korea, while other countries were fanning the crisis while damaging China's interests by their actions.

"China is not to be blamed for the current escalation of tension, nor does China hold the key to resolve the issue," Geng said at a daily news briefing.

"If China is striving to put out the fire, while the others are fueling the flame ... how can China's efforts achieve expected outcomes? How can the tension be eased? How can the Korean Peninsula nuclear issue be resolved?" Geng said.

Saying some unidentified parties were circulating the "China responsibility theory," Geng said they were operating with "ulterior motivations" and sought to shrug off their own responsibilities.

"Absolving oneself of responsibility is not OK. Tearing down bridges after crossing the river is not OK. Stabbing in the back is even less OK," Geng said.

China is North Korea's only major diplomatic ally and economic partner, and the U.S. and others have called on Beijing to use whatever leverage it has to pressure North Korea into curbing nuclear tests and missile launches that violate U.N. sanctions.

"We will not look exclusively at North Korea. We will look at any country that chooses to do business with this outlaw regime," Haley said. "Much of the burden of enforcing U.N. sanctions rests with China. Ninety percent of trade with North Korea is from China."

However, China says perceptions of its influence with North Korea are exaggerated. It also refuses to take measures that might destabilize North Korea's hard-line communist regime and lead to violence, massive flows of refugees into China, and the possibility of a united Korea allied with the United States.

Beijing complained after one of its banks was recently cut off from the U.S. financial system for allegedly helping North Korea launder money, saying other countries' laws shouldn't extend to Chinese entities.

It also bitterly opposes South Korea's deployment of a sophisticated U.S. missile defense system that Beijing says jeopardizes Chinese security because of an ability to monitor missile launches and other military activities within northeastern China.