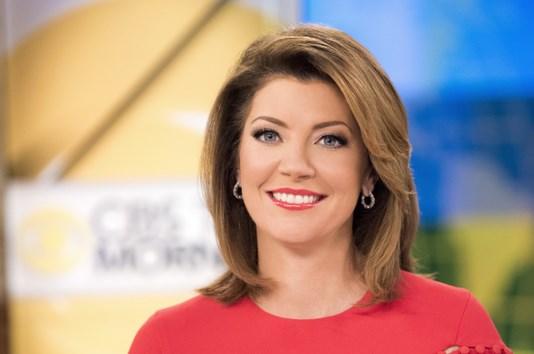 This week marks "CBS This Morning" co-host Norah O'Donnell's five-year anniversary with our broadcast. She made her first appearance Sept. 10, 2012.

In honor of this milestone, take a look back at some of O'Donnell's top moments from the last five years.

In his first one-on-one interview since being elected, South Korean President Moon Jae-in spoke to O'Donnell about North Korean dictator Kim Jong Un, who he said is "not a rational person," and the nuclear missile threats from the regime.

O'Donnell spoke to the Nobel Peace Prize winner about her college plans and President Trump's travel ban at the United Nations General Assembly, where she was honored as the youngest ever U.N. Messenger of Peace.

"The man who targeted you is now the head of the Taliban. Does that scare you?" O'Donnell asked.

In December 2015, O'Donnell spoke with President Barack Obama in the White House Cabinet Room about his strategy to defend the U.S. against ISIS. Mr. Obama told her, "What I've been very clear about is that we are going to systematically squeeze and ultimately destroy ISIL and that requires us having a military component to that."

Tenzin Gyatso is the only Dalai Lama who has visited America. During his trip to New York in 2013, the spiritual leader told O'Donnell that his message in the United States was that "anger, hatred, fear is very bad for our health." O'Donnell asked the Dalai Lama if he has spoken to Chinese President Xi Jinping. While he hasn't, he said his Chinese friends have told him that his  regime has a "more liberal, more open-minded" way of thinking. He said he was hopeful that Tibet could gain autonomy.

In his first extended interview since the unsuccessful effort to replace Obamacare, Paul Ryan and O'Donnell discussed Republicans' failure to vote on the replacement plan and the future of healthcare. "We are going through, what I would call, a very painful growing pain. I'd like to see the growth at the end of that pain, which is we had been an opposition party for 10 years," Ryan told her.