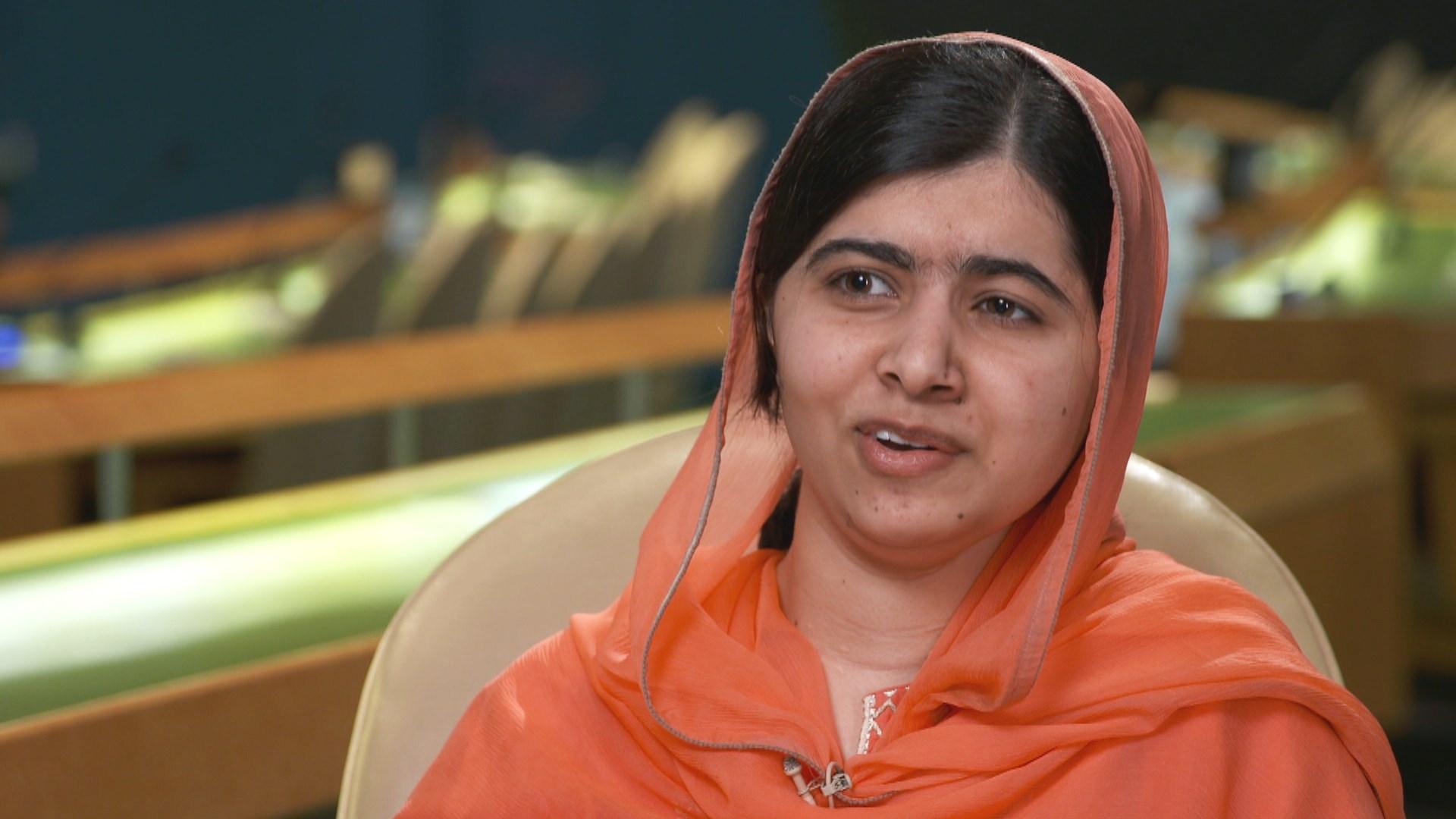 Human rights activist Malala Yousafzai has some impressive credentials for her college applications. After surviving a 2012 Taliban attack, she became the youngest recipient of the Nobel Peace Prize. She also wrote a best-selling book and the audio version won a Grammy award.

She continues advocating education for women and girls worldwide, but the 19-year-old is still working to change the lives of others as she figures out her college plans for the fall.

The U.N. rarely shuts down the General Assembly Hall for a television interview, but for Yousafzai, the World Body made an exception. Yousafzai has demonstrated comfort on the global stage, addressing the most complex issues.

“President Trump twice tried to issue an immigration ban or a travel ban on refugees from majority Muslim countries. What message do you think that sent?” asked “CBS This Morning” co-host Norah O’Donnell.

“Well, when the president banned Muslim-majority countries, that was really disappointing. And I was deeply hurt because I’m a Muslim,” Yousafzai said. “And to me, it just seemed like directly blaming Muslims, and that is not a solution. That is just making an excuse and hiding from the real problems. I think he needs to understand that you need to meet the people. You need to see the refugee people.”

Yousafzai has done just that. She spent her 19th birthday with Somalian refugees in Kenya. She’s also visited a Syrian refugee camp in Jordan.

“They’re dying, whether they’re in Syria or any other country. They’re dying. They are being killed. And if you don’t open the doors, if you don’t welcome them, they will be killed,” Yousafzai said. “So it’s important that [Mr. Trump] understand that these people are in need. And I have seen them. I have went to refugee camp. And I think he needs to go to these refugee camps.”

“You think President Trump needs to go to a refugee camp?” O’Donnell asked.

Yousafzai said the recent chemical attack in Syria is “shocking,” but “we need to remember that this happens each and every day, whether that’s through chemical weapon or any other weapon.”

“The number of people who have been killed is in hundreds and thousands. And it has been happening for more than five to six years. And the world is being-- is being silent. And I think we need to remind our leaders that this is a serious issue,” Yousafzai said. “We need to think ahead. We need to think about preventing wars from starting as well. And I think for that, investment in education is the key, investing especially in the education of women and girls.”

“There’s a direct relationship between illiteracy and terrorism,” O’Donnell said.

But she said 130 million girls still do not have access to school.

“When we talk about going forward and achieving, like, developments, it is not possible without empowering these 130 million girls,” Yousafzai said. “But I just wonder, like, why do these leaders not see this?”

Yousafzai’s advocacy started with a blog for the BBC. She spoke out about the Taliban’s suppression of girls in Pakistan. It made her a target four and a half years ago when Taliban militants shot her in the head on her school bus. We first spoke with her a year later in 2013.

“The man who targeted you is now the head of the Taliban. Does that scare you?” O’Donnell had asked.

Her bravery not only earned her the Nobel Peace Prize in 2014, but earlier this week, the United Nations’ secretary-general bestowed his highest honor, designating Yousafzai as the youngest ever U.N. Messenger of Peace. It placed her among an elite group of public figures raising awareness on behalf of the U.N. For Yousafzai, it was an emotional return.

“I had a historic moment here when I spoke at the U.N. and I gave my speech after the attack. And it was my first kind of appearance,” Yousafzai said.

“One child, one teacher, one book and one pen can change the world,” she said in her 2013 speech.

She’s still working to change the world by leading the way.

On Tuesday, she spoke at a school in Lancaster, Pennsylvania, a farming community of 60,000 with an outsized population of resettled refugees.

“To the world sometimes, especially right now, due to the political situation, people have a different image of America right now – a bit unwelcoming image,” Yousafzai said.

But with some calling the town America’s refugee capital, Yousafzai said Lancaster is giving a positive message to the world about Americans.

“So I’m hopeful that people will follow the city,” Yousafzai said.

Back in her adopted home in the U.K., Yousafzai is finishing up her final exams. She said she’d like to attend University of Oxford, the alma mater of her hero, Benazir Bhutto, Pakistan’s first female prime minister.

“So I had an interview for Oxford, and it was the hardest interview. The hardest,” Yousafzai said.

“I find it hard to believe that anything’s hard for you, Malala,” O’Donnell said, smiling.

“You’ve said you would like to be prime minister one day,” O’Donnell said.

“You’re dialing back on that?” O’Donnell asked.

“I’m not sure. It’s just a bit too much,” Yousafzai said, adding, “I’m gonna be focused on my university now.”

Yousafzai is kicking off what she calls a “girl power” trip around the world. She said she wants to spend as much time as possible meeting with girls before college starts in the fall. In addition to North America, she’s planning visits to Latin America, Europe, the Middle East and Africa.