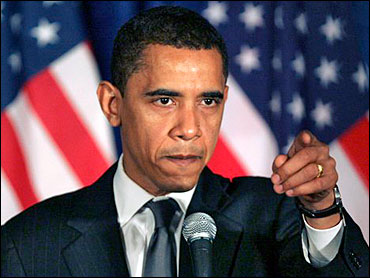 Nobel Prize winner Doris Lessing believes Barack Obama would be assassinated if he were elected U.S. president, the British writer said in a newspaper interview.

Asked whether she supported Hillary Clinton or Obama in the presidential race, Lessing told Stockholm daily Dagens Nyheter "it doesn't matter," but suggested the two Democrats should join forces in the election.

"It would be best if they ran together. Hillary is a very sharp lady. It might be calmer if she wins and not Obama," Lessing was quoted as saying in comments translated into Swedish.

"He would probably not last long, a black man in the position of president. They would kill him," Lessing said in the interview published Saturday.

She did not specify who she believed would kill Obama.

Her agent in London did not answer phone calls seeking comment on Sunday.

Lessing, 88, who won the Nobel Prize for literature last year, is known for her fierce and sometimes contrary statements.

In October, she told a Spanish newspaper that the Sept. 11, 2001, attacks were "neither as terrible nor as extraordinary" as many people think.

The Swedish Academy, which awards the Nobel Prize, praised the British writer for her "skepticism, fire and visionary power."