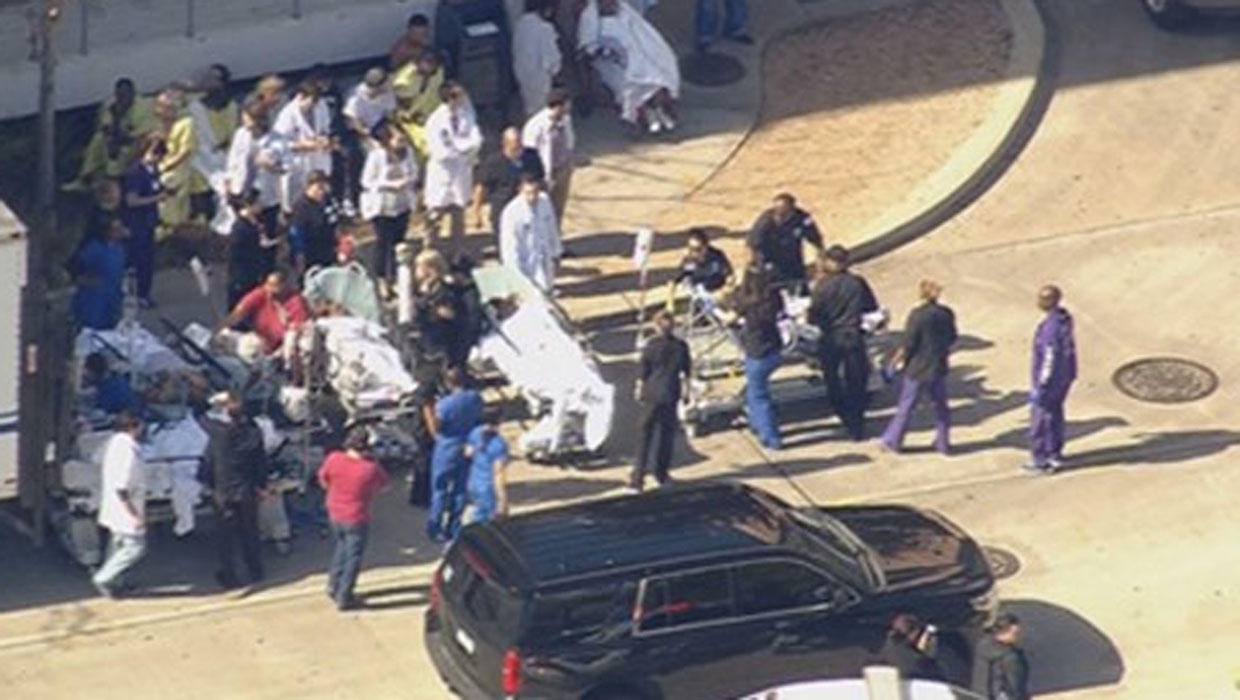 HOUSTON -- Police and SWAT teams swarmed a Houston hospital after multiple reports of a shooter there Tuesday. After an initial search, however, police said they didn’t find victims or a suspect and said there was no evidence of an active shooter.

Some patients and staff sheltered in place while others evacuated during the incident Tuesday afternoon at Ben Taub hospital, police said. Houston Police said they received multiple reports of an active shooter on the second floor of the hospital described as a white, bald male of unknown age.

After an initial search of all six floors of the hospital, police couldn’t find a suspect. There were no reported injuries. Police said they are in the process of conducting a second, more “methodical” search.

Some patients that were already being treated in the hospital were seen being wheeled out on gurneys during the evacuation.

One witness told CBS affiliate KHOU he was told there was a gunman on the second floor but he didn’t hear any gunshots before running outside.