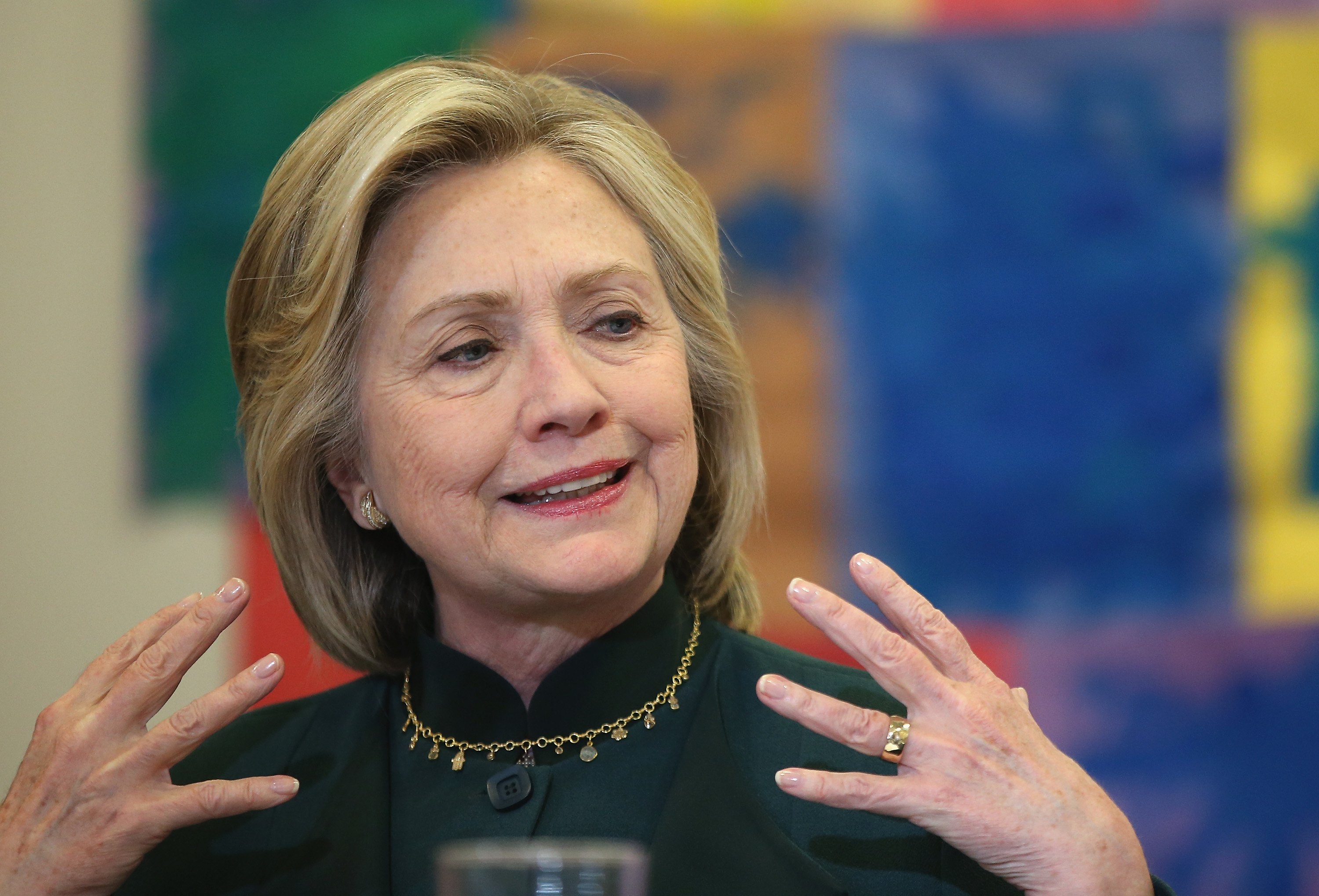 The Justice Department has received a request to investigate Hillary Clinton's email account, but the department corrected its earlier statement Friday to clarify that the request was not for a criminal investigation.

The request relates to Clinton's use of a private email account for official business while she was secretary of state - which has already come up as an issue in the 2016 campaign. The office of the Director of National Intelligence (DNI) confirmed to CBS News that the inspector general for the Intelligence Community [IC] has sent a referral to the Justice Department on the matter.

The request comes after a conclusion in a June 29 memo by the inspector general for the State Department and the IC inspector general that Clinton's private account had "hundreds of potentially classified emails" in it. The memo was sent to Patrick F. Kennedy, the under secretary of state for management.

In a July 17 letter to Kennedy, the inspectors general wrote that the IC inspector general has received confirmation from IC Freedom of Information Act [FOIA] officials that "several of these emails contained classified IC information, though they were not marked as classified."

Additionally, CBS News has obtained a letter sent Thursday to the leadership of the House and Senate intelligence committees, in which the IC inspector general says some of the emails on Clinton's server "should have been handled as classified, appropriately marked, and transmitted via a secure network." He also reveals that the emails in question were "purported to have been copied to a thumb drive in the possession of former Secretary Clinton's personal counsel, Williams and Connelly attorney David Kendall."

What's not clear is whether any information in the emails was marked as classified by the State Department when Mrs. Clinton sent or received them -- some information could have been retroactively classified. As the Times reported, about two dozen emails were redacted before they were publicly released because they were upgraded to "classified status."

In the Times' initial report, the investigation was described as pertaining to whether Clinton specifically "mishandled sensitive government information." That characterization was changed in a subsequent version of the story.

Before the Justice Department corrected its characterization of the requested probe as "criminal," one Democratic leader in Congress put out a forceful statement that called the story "the latest example in a series of inaccurate leaks to generate false front-page headlines."

Rep. Elijah Cummings of Maryland, the top Democrat on the Benghazi Select Committee, also noted that the State Department inspector general told him personally that "he never asked the Justice Department to launch a criminal investigation of Secretary Clinton's email usage."

The State Department inspector general -- as the above letters and memos illustrate -- had been working with the IC inspector general to express concerns over potential, unintentional leaks of classified information in the Clinton emails.

While the IC inspector general has asked for a Justice Department probe into the emails, Cummings said there's no evidence Clinton transmitted classified information on her private account.

"The Benghazi Select Committee has obtained zero evidence that any emails to or from Secretary Clinton were marked as classified at the time they were transmitted, although some have been retroactively classified since then," he said.

Since Clinton's use of the private account was revealed in March, she has said repeatedly that the account contained no classified information. She has said using it was a matter of convenience.

"I have said repeatedly that I will answer questions before the House Committee," Clinton said at an event in New York on Friday afternoon. "We are all accountable to the American people to get the facts right, but also stay focused on issues, big issues."

The Justice Department hasn't decided if it will open a probe, the Justice officials told CBS News.

"Contrary to the initial story, which has already been significantly revised, she followed appropriate practices in dealing with classified materials. As has been reported on multiple occasions, any released emails deemed classified by the administration have been done so after the fact, and not at the time they were transmitted."