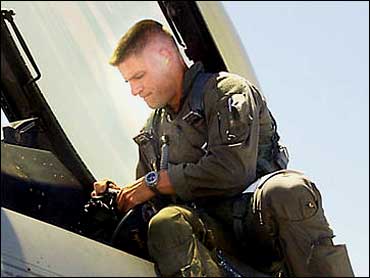 The Air Force has decided not to court-martial a U.S. fighter pilot who mistakenly dropped a 500-pound, laser-guided bomb that killed four Canadians in Afghanistan in 2002.

Maj. Harry Schmidt, 37, will face nonjudicial punishment and four dereliction-of-duty charges against him will be dismissed in court, the Air Force said Thursday.

He could face punishment including 30 days confinement or loss of one month's pay, about $5,600, Air Force spokeswoman Col. Alvina Mitchell said.

Schmidt originally was charged with manslaughter and aggravated assault and faced up to 64 years in prison. Military officials recommended against a court-martial on those charges last June, saying Schmidt could face nonjudicial punishment instead.

Schmidt turned down the offer, saying he wanted to clear his name in a court-martial instead. He was ordered to be tried on the lesser charge of dereliction of duty.

But the agreement announced Thursday meant the dereliction charges will be pursued in a lesser, nonjudicial forum, beginning July 1.

Schmidt's lawyer, Charles W. Gittins, said the Air Force has agreed to allow him to remain employed with the Illinois Air National Guard, but not as a pilot.

Gittins said his client did not want to fly for the Air Force anymore because he feels he has been "second guessed in a combat situation by people sitting back in the air-conditioned comfort of the Pentagon."

Schmidt was charged for dropping the bomb from his fighter jet on April 17, 2002, near Kandahar, killing four and wounding eight Canadian soldiers who were conducting live-fire exercises. The victims were the first Canadians to die in combat since the Korean War.

Schmidt later said he released the bomb because he mistook the Canadians' gunfire for an attack from Taliban soldiers.

A military investigation found that Schmidt should have flown out of the area instead.

The case against Schmidt and his mission commander, Maj. William Umbach, has been closely watched in Canada, where many were outraged by the bombing and the two days it took President Bush to publicly apologize. Manslaughter and aggravated assault charges against Umbach were dismissed and he was allowed to retire, as he had requested.

Schmidt had transferred to the National Guard in 2000 after a decorated career as a Navy pilot and an instructor at the Navy's "Top Gun" fighter pilot school.