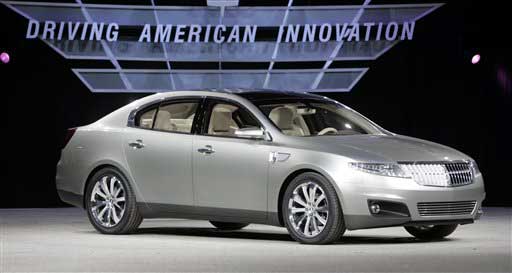 When you have won as often and as impressively as Kentucky has over the past few seasons, sometimes just winning isn't enough.

That's the way it's been for this year's team under first-year coach Tubby Smith. Kentucky's 79-63 victory over Villanova on Sunday was just its second in the last five wins by a margin of greater than three points. Add in a loss to Florida and suddenly the word slump was being used for a team with a 21-3 record.

"We've been struggling a little and we needed a good effort and we got it," Jeff Sheppard said. "We're really happy with the win."

Sheppard and Nazr Mohammed each had 18 points and Heshimu Evans added 17 as Kentucky, which has led the nation in scoring margin the last three seasons while winning a national championship and then returning to the title game, won for the 11th time in 12 games.

This win came about with some strong inside play and good defense and despite some poor free throw shooting, a lot of turnovers. In addition, starting forward Scott Padgett was limited to three minutes because of back problems.

"I thought our defense created some offense although we didn't finish a lot of the time," Smith said. "I was also disappointed in our turnovers, 19 is way too many, and you've got to shoot better than 51 percent from the foul line. That's something we'll be working on."

Kentucky, which went 15-of-29 from the foul line, finished with a 38-27 rebound advantage and scored the bulk of its points inside.

"They killed us on the glass," Villanova coach Steve Lappas said. "We spent a lot of time getting ready for Scott Padgett and what he can do. Then without him they went smaller and Mohammed became really tough in the lane."

Mohammed had 11 rebounds and five of Kentucky's 16 steals. Evans, who played the bulk of Padgett's minutes at power forward, had nine rebounds to go with his points.

The game at the CoreStates Center was an almost homecoming for Evans, a New York native who played at Manhattan College before transferring to Kentucky.

"I think a win like this will help us in the Southeastern Conference," he said. "I had 21 friends and family here so the game was extra important to me."

Kentucky took control in the matchup of Wildcats by scoring the last three points of the first half - a 25-footer at the buzzer by Sheppard - and the first six of the second half to take a 46-32 lead.

"That was a big shot," Smith said of Sheppard's buzzer-beater. "The ball got loose, he came up with it and made a 3. That energizes your team. It gave us a big lift."

Villanova got back within 46-39 with a 7-0 run, but Kentucky came right back with a 7-0 spurt with Evans scoring the first five points.

"They had a run but then we came rght back and had our own run and that was important," Evans said.

The lead reached 66-48 on a baseline drive by Sheppard with 5:31 to play and Villanova made its last run, a 6-0 burst over the next 1:09 that got it within 10 points, but Kentucky started making its free throws to close out the win.

Kentucky missed six straight foul shots and seven of eight at one stretch in the second half, but Villanova was missing from 11 of 12 shots from the field at the same time and never took advantage.

Howard Brown and Jermaine Medley each had 15 points for Villanova. Brown also had nine rebounds and seven assists.

"They picked up their defense in the second half a little bit," Brown said. "Credit them. They're a Top Ten team and they showed it from the start of the second half."