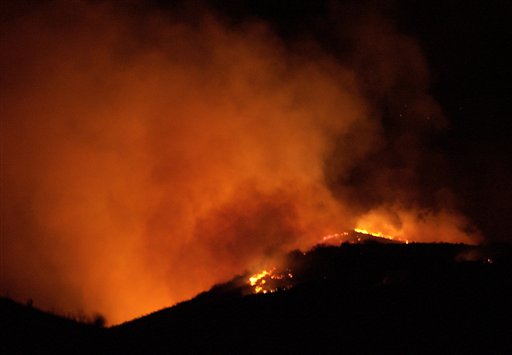 In the fast-paced schedule of college basketball, teams have little time to dwell on a bad performance.

Saturday was another chance for No. 6 Connecticut and the Huskies made the most of it.

"Anytime you get a chance to redeem yourself and play another game, well, it's fun," said sophomore Richard Hamilton, who scored 31 points in the Huskies' 92-67 victory over Pittsburgh.

Last Wednesday, No. 16 West Virginia beat the Huskies 80-62, their first loss to the Mountaineers in the Big East.

"Today, I got some open looks. I don't know how long it's been since I had an open shot," Hamilton said.

He was 10-of-16 from the field, including 5-of-8 from 3-point range, and made all six of his free throws. Hamilton came into the game as the Big East's second-leading scorer at 21.7 points a game.

UConn outrebounded Pittsburgh 50-42 with Jake Voskhul leading the Huskies with 12.

The Huskies had little trouble with Pittsburgh, which plays basically a five-man team.

"They are a good five," UConn coach Jim Calhoun said of the Panthers. "but it's impossible to stay with a team that rotates nine, 10 players at you. I think the scoreboard was a product of our style and their lack of numbers."

El-Amin scored 11 of UConn's first 21 points as the Huskies took a 21-12 lead over the first eight minutes. The lead grew to 28-12 before the Panthers settled down.

Hamilton had five points to key a 10-1 run to start the second half as the Huskies increased their lead to 58-35.

Hamilton had five points to key a 10-1 run to start the second half as the Huskies increased their lead to 58-35. The Panthers never recovered.

"They broke our back in the first half with the 3-pointer," Pittsburgh coach Ralph Willard said. "They put great defensive and offensive pressure on us. They are as good as anybody in the country at getting the ball out and up the court ... they seem to have learned a lot from last year. And, the addition of El-Amin adds a whole new dimension to the team."

"El-Amin might have played his best game in awhile," Calhoun said. "He was impeccable with the ball. I think he had one bad pass and he took good shots."

The Huskies next play at Notre Dame on Tuesday. The Irish have the league's leading scorer in Pat Garrity at 22.8 points a game. Hamilton and Garrity are the leading candidates for the league's player of the year honors.

"I'm looking forward to it," Hamilton said of the matchup. "You make your rputation from playing against the best players and Garrity, at 6-9, can do it all."