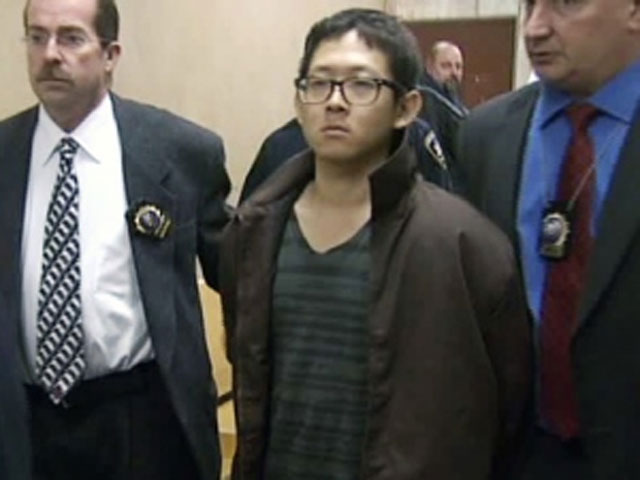 (CBS) HACKENSACK, N.J. - The man accused of killing his ex-girlfriend by repeatedly running her over with his car last week in Fort Lee, N.J. has pleaded not guilty to first degree murder charges, reports CBS New York.

Police say Charles Ann, 26, became upset when Aena Hong, 25, told him she did not want to date him anymore.

According to prosecutors, Ann used his Hyundai Sonata to run over Hong last Monday evening. Authorities say witnesses told police that Hong was walking beside Ann's car arguing with him when he sped off, turned around and accelerated at Hong as she was crossing the street. Ann then drove over Hong at least three more times before taking off, officials said.

Investigators said Ann and Hong were in a "tumultuous dating relationship." The couple dated for less than a year and lived in a building by the George Washington Bridge.

After the killing, Ann apparently fled to a friend's house in Queens where he was arrested early Tuesday morning. Prosecutors said at the time of his arrest, Ann was carrying his passport and a large amount of cash, indicating he may have been trying to flee the country.

Ann is being held on $3 million bail.

More on Crimesider
February 21, 2012 - New Jersey man charged with repeatedly running over lover with his car