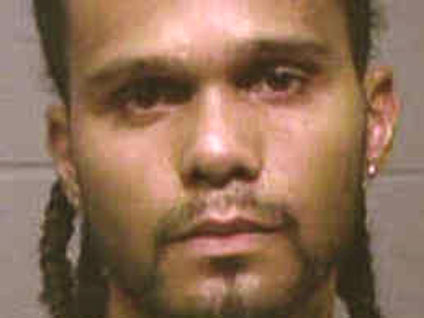 NEW YORK (CBS) A 24-year-old man from Camden was arrested Sunday after he allegedly raped his wife, the mother of his two children, because she refused to have an abortion.

Thomas Hill is reported;y facing a slew of charges, including sexual assault, aggravated assault, restraint, and endangering the welfare of a child.

Hill, an ex-con, demanded she have abortion, but when the victim insisted on continuing the pregnancy, police say an argument ensued inside her home, reports The Philadelphia Inquirer.

"He got pissed off at her," Cinnaminson Police Det. Sgt William Covert told the paper.

Hill proceeded to sexually assault the woman in the bedroom where three children, including two of his own, were sleeping, Covert told The Philadelphia Inquirer.

During the struggle, one of the children was allegedly knocked off the mattress.

Although Hill denies raping the woman - who is four to six weeks pregnant - she claims he did and has injuries to substantiate those claims, says Covert.

Hill is currently being held in the Burlington County Jail in Mount Holly on $75,000 bail.