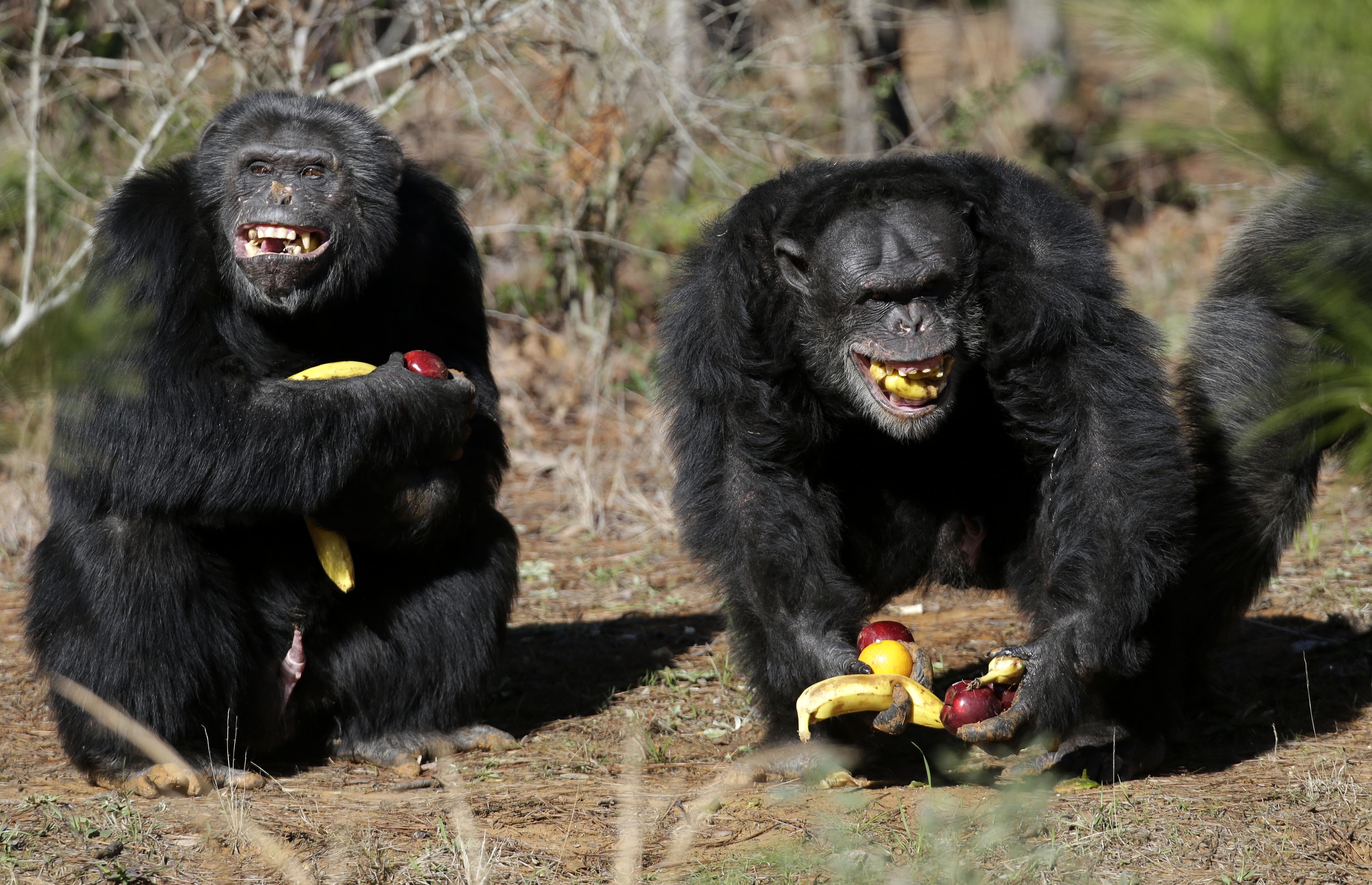 WASHINGTON -- The National Institutes of Health is sending its last remaining research chimpanzees into retirement - as soon as a federal sanctuary has room for them.

The government already had declared that the use of humans' closest relative as a test subject was coming to an end. In 2013, the NIH said it would retire most of the several hundred government-owned chimps still living at research laboratories.

But it set aside 50 animals to be on standby just in case they still were needed for a public-health emergency or some other extreme situation.

Wednesday, the agency said those chimps' lab days are over, too.

"It's time to say we've reached the point in the U.S. where invasive research on chimpanzees is no longer something that makes sense," said Dr. Francis Collins, director of NIH.

Animal welfare groups welcomed the decision, and said they would work to find sanctuary space for the animals.

"We are overjoyed by this decision," said Kathleen Conlee of the Humane Society of the United States.

But some research advocates questioned the surprise announcement, saying if a new pathogen emerged, it might be wise to have some research chimps in reserve.

"Is that ultimately in the public health interest?" asked Frankie Trull, president of the Foundation for Biomedical Research.

Trull noted that Ebola kills chimpanzees in the wild, and wondered if efforts to create a vaccine for wild apes could be hindered without research chimps for testing.

Chimps were vital in creating important medicines and paved astronauts' way into space. But their use already had become rare in recent decades, even before a 2011 Institute of Medicine report said science had advanced to the point that most such research could no longer be justified. The NIH agreed, and began phasing out remaining use of the animals in invasive medical research.

Some labs also use chimps for non-invasive behavioral research.

About 300 government-owned chimpanzees already had been sent to Chimp Haven, a federally approved sanctuary in Louisiana. Still others were awaiting space.

Some two dozen pharmaceutical companies and contract laboratories have also agreed in recent years not to use chimpanzees for research. In January, Merck became the largest drug company to commit to ending chimpanzee research. "The science has advanced, and we don't really need it," Merck spokeswoman Caroline Lappetito said at the time.

Since 2013, NIH had received only one application for research with the agency's remaining 50 chimps and it subsequently was withdrawn, Collins said. Also, last summer the U.S. Fish and Wildlife Service gave research chimps endangered-species status, another steep hurdle to using them in medical studies, he said.

As for Ebola vaccine candidates, Collins noted that they're already tested in monkeys, something that won't change.

"We still feel that research on other non-human primates is essential for human health," he said.