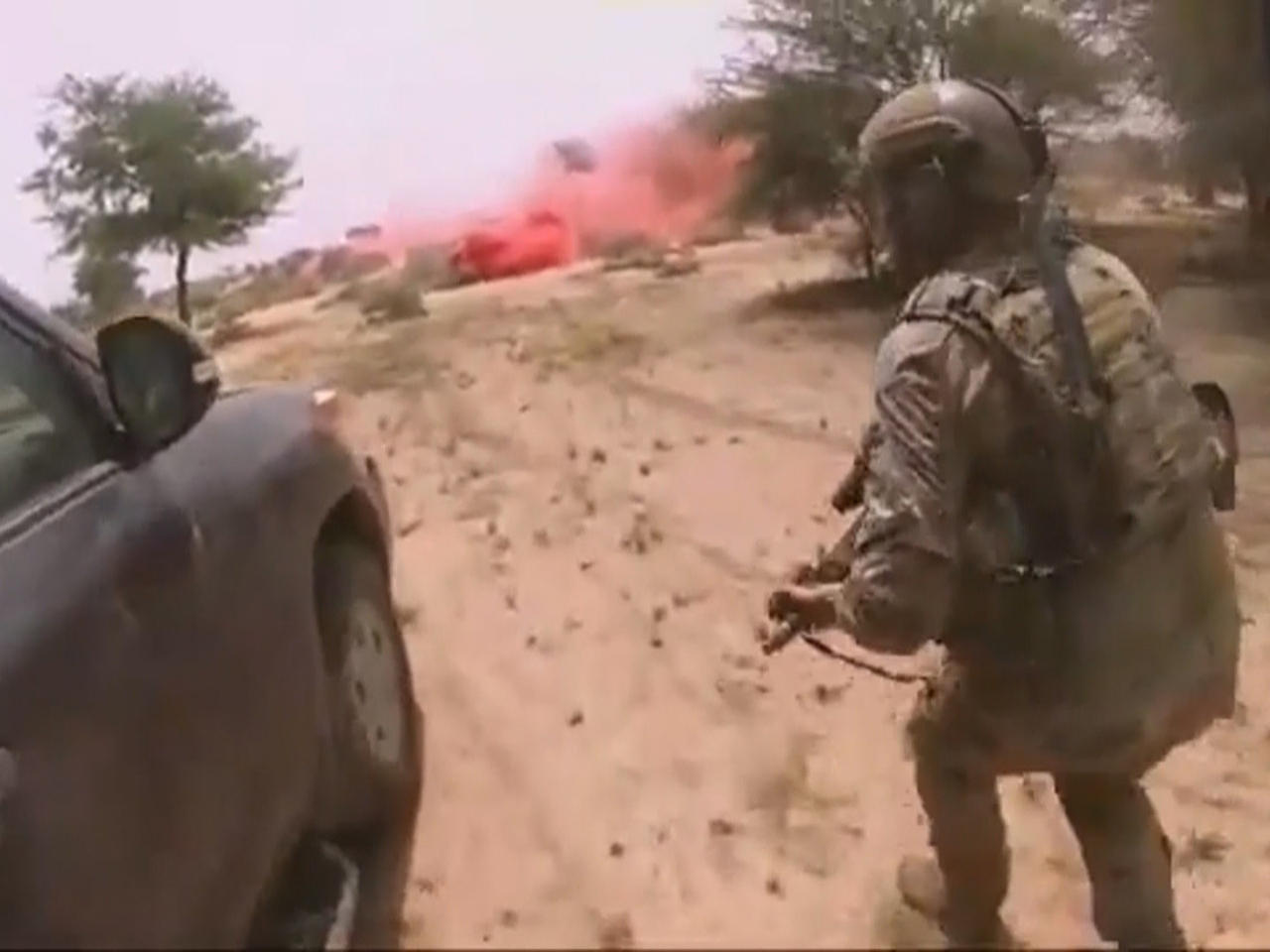 Newly-released video showing the deadly ambush of American soldiers is raising new questions about the U.S. military mission in the African country of Niger. Four Americans were killed in the October ambush.

The Islamic State of Iraq and Syria (ISIS) has released the disturbing and graphic video as part of a propaganda campaign.

This video is hard to watch because it shows the final moments of American soldiers fighting for their lives, and it also shows just how out-gunned and overwhelmed they were, reports CBS News national security correspondent David Martin.

Eleven American and 30 Nigerian soldiers were returning from what was supposed to have been a low-risk patrol.

A helmet camera worn by one of the American soldiers recorded the ambush.

After the shooting stopped, the camera was taken off his body and released as part of an ISIS propaganda video.


The Americans tried to take cover behind their unarmored SUV. With one of the soldiers at the wheel, they ran alongside, attempting to escape the kill zone. They fired colored smoke which would provide some concealment and identify their position to any friendly aircraft overhead.

One soldier went down. Another rushed to his side and dragged him back to the cover of the SUV.

Their position at the SUV was about to be overrun, so they did the only thing they could -- ran to a position that might provide better cover. Except for the smoke from the grenades and a few scrub trees, there was no cover, and no escape.

The soldier wearing the helmet camera went down. Soon the camera stopped moving, and some of the enemy fighters came into view. Then, a final blast filled the frame from what apparently was a round fired at point-blank range.

"Knowing that they were asked to try to complete and execute this type of mission with that type of equipment, I just -- I could not believe it," said Rep. Marc Veasey, D-Texas, who serves on the House Armed Services Committee.

Five months after the attack, they are waiting for the final investigation report.

"We should have gotten this information a long time ago," Veasey said. "Why they were asked to continue to go onto this mission I think is something that we all need to find out."

The answers could come this week, said Martin. The commander of U.S. troops in Africa is scheduled to testify before the House Committee, and the Pentagon is expected to release the results of its investigation.