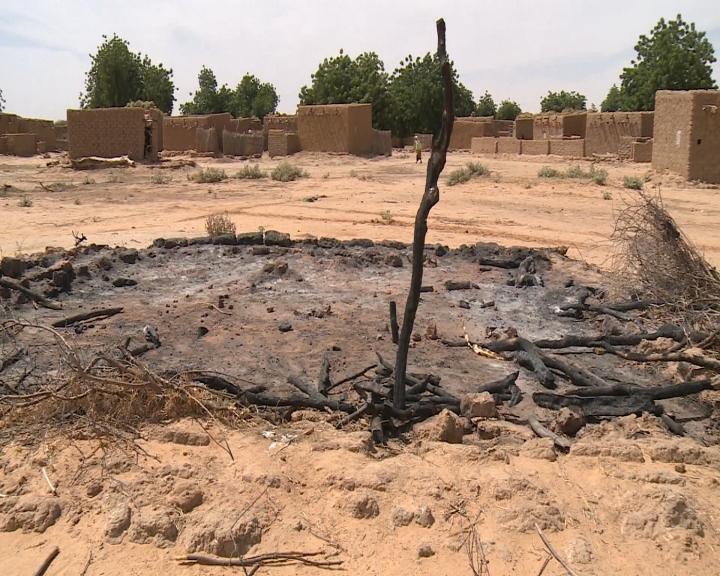 CBS News travelled to the remote scene of a deadly attack on U.S. troops and their allies in Niger. Correspondent Debora Patta met locals who witnessed the ambush last month, which left four American soldiers dead. Patta filed the following story from the Nigerien capital.

NIAMEY -- The journey to the ambush site was a round trip of 12 hours. Our Nigerien military escort was still jittery after last month's attack and not keen to linger, giving us less than half an hour on the ground.

The village of Tongo Tongo on the treacherous border between Niger and Mali is so remote, you can't even find a road that leads to it on a map.

This is where Nigerien and American troops stopped to get water before they were ambushed.

A village elder, who was so nervous he asked to speak to us at another location, told us a few men suddenly appeared on motorbikes -- the preferred mode of transport for ISIS fighters in the region.

It was a trap.

Once the ISIS fighters had lured the troops away from the village, their numbers multiplied. Suddenly they were under attack. You can still see the bullet casings left over from the intense shooting.

The elder told us there were about 20 motorbikes with two men on each, armed with either AK-47s or RPGs, and at least 10 vehicles that descended on the troops. Terrified, he hid in his home throughout the fighting, which he said went on well over two hours.

All that's left now are the fragmented remnants of a battleground. The burnt shell of a small one-roomed school, blood stained bushes, smoke grenades and empty boxes of ammunition.

We find a distraught elderly woman, Hadjra, the village chief's mother. He was arrested on suspicion of colluding with the ISIS fighters.

The village elder told us that terrorists often cross over the border from Mali to launch small attacks, but he has never seen anything like the battle that raged at Tongo Tongo.