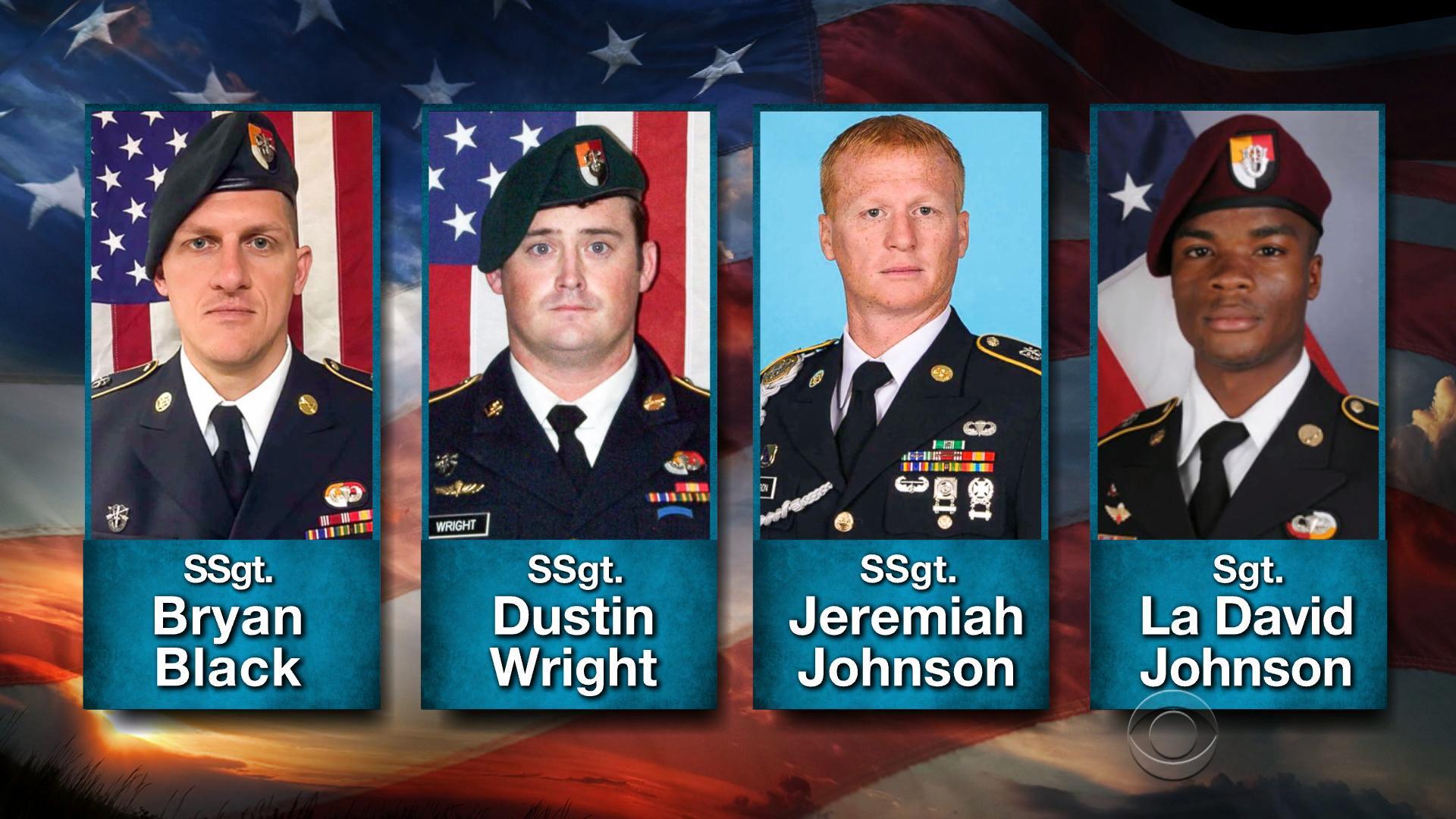 PENTAGON -- The American soldiers killed in Niger were helping that country's military combat Islamic militants. The exact details of the Niger ambush have been slow to emerge, including the military's immediate response.

After the bodies of three American soldiers were brought out, Pentagon officials believed that Sgt. La David Johnson was still alive somewhere on the battlefield. For several hours, they tracked a locator beacon, which then became intermittent and finally faded out. By the time they found him two days later he was dead, raising the awful possibility that an American soldier was left behind -- a possibility which the Pentagon's Lt. Gen. Kenneth McKenzie flatly rejected.

"I'll tell you, categorically, that from the moment of contact, no one was left behind, neither U.S. -- our partner Nigerien forces or French forces were on the ground actively searching for this soldier," McKenzie said.

The first reinforcements to arrive were French aircraft, starting about 30 minutes after the ambush was reported, according to Defense Secretary Jim Mattis.

But the first American aircraft to arrive was an unarmed helicopter operated by a U.S. contractor who was hired to provide support to the 1,000 American troops operating across a country the size of Texas.

"We did have a contract aircraft that lifted out our killed in action," Mattis said.

One question for which there is no answer yet is whether warning signs that an ambush was in the works were missed.

Pentagon officials say an American reconnaissance aircraft was in the air, but it was not called into patrol until after the ambush started.

"We don't live in a perfect environment where everything is available and visible all the time," McKenzie said. "It's a difficult environment. Sub-Saharan Africa's a very difficult place to operate."

American troops are in Africa because terrorist groups like the Islamic State of Iraq and Syria (ISIS) and al Qaida are there. So, as Mattis said, any mission -- even one in which no enemy contact is expected -- carries a risk.

Cat reunited with owners 16 years after running away
David Martin