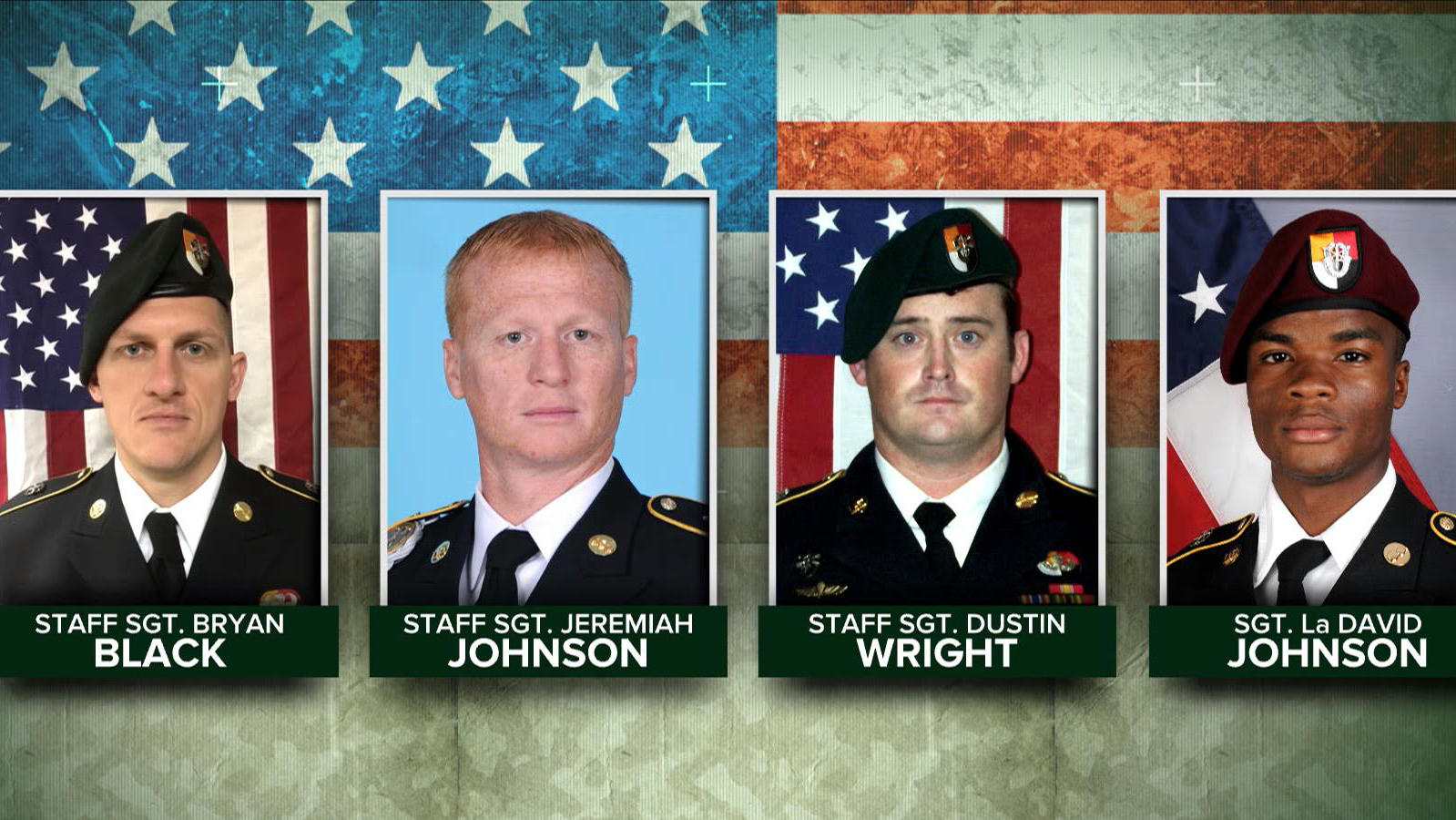 WASHINGTON -- The Islamic State of Iraq and Syria (ISIS) released a propaganda video Sunday to show how supposedly invincible they are. CBS News chose to air parts of the video that the militants captured from a helmet camera worn by one of the four soldiers killed in the ambush in Niger on Oct. 4, 2017 (please note: Viewer discretion is advised).

The Pentagon has yet to release a full account of the ambush, and we do not know if the enemy somehow doctored the video, but the video shows in a way no words can express just how outgunned and cut off the Americans were.

They were returning from what was supposed to have been a low-risk patrol made up of 11 American and 30 Nigerian soldiers when the ambush hit. At first, they tried to take cover behind their SUV. With one of the soldiers at the wheel, they ran alongside, attempting to escape the kill zone.

They fired colored smoke grenades, which would provide some cover, and identify their position to any friendly aircraft overhead. But it would be two hours from the start of the ambush before French aircraft arrived on the scene. These soldiers were on their own. One of them went down. Another rushed to his side and then dragged him back to the cover of the SUV.

Their position at the SUV was about to be overrun, so they did the only thing they could -- ran to a location that might provide better cover. Except for the smoke from the grenades and a few scrub trees there was no cover and no escape.

The soldier wearing the helmet camera went down. Soon the camera stopped moving and some of the enemy fighters come into view. Then a final blast fills the frame from what apparently was a round fired at point blank range.

You would expect the enemy not to take prisoners but you would not expect American soldiers to be so exposed without any backup. The Pentagon's investigation into how that happened is expected to be released this week.