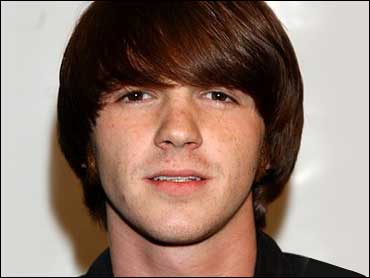 Drake Bell, the 19-year-old star of the Nickelodeon TV series "Drake & Josh," was recovering from injuries suffered in a car crash, the cable channel said Tuesday.

The crash fractured his jaw and left him with severe cuts, and he expects to undergo plastic surgery, Romano said. She said production of the series was put on hold while he recovers.

Bell is "resting at home. He thanks everyone for their concern and well wishes," said his publicist, Gina Hoffman.

"Drake & Josh," which spun its lead characters off Nickelodeon's "The Amanda Show" in 2004, is one of the channel's most popular series. It stars Bell and Josh Peck as mismatched stepbrothers, with Bell as a popular teenager and Peck as a bookish geek.

The Newport native also has an album, "Telegraph," and is featured on a "Drake & Josh" soundtrack album.