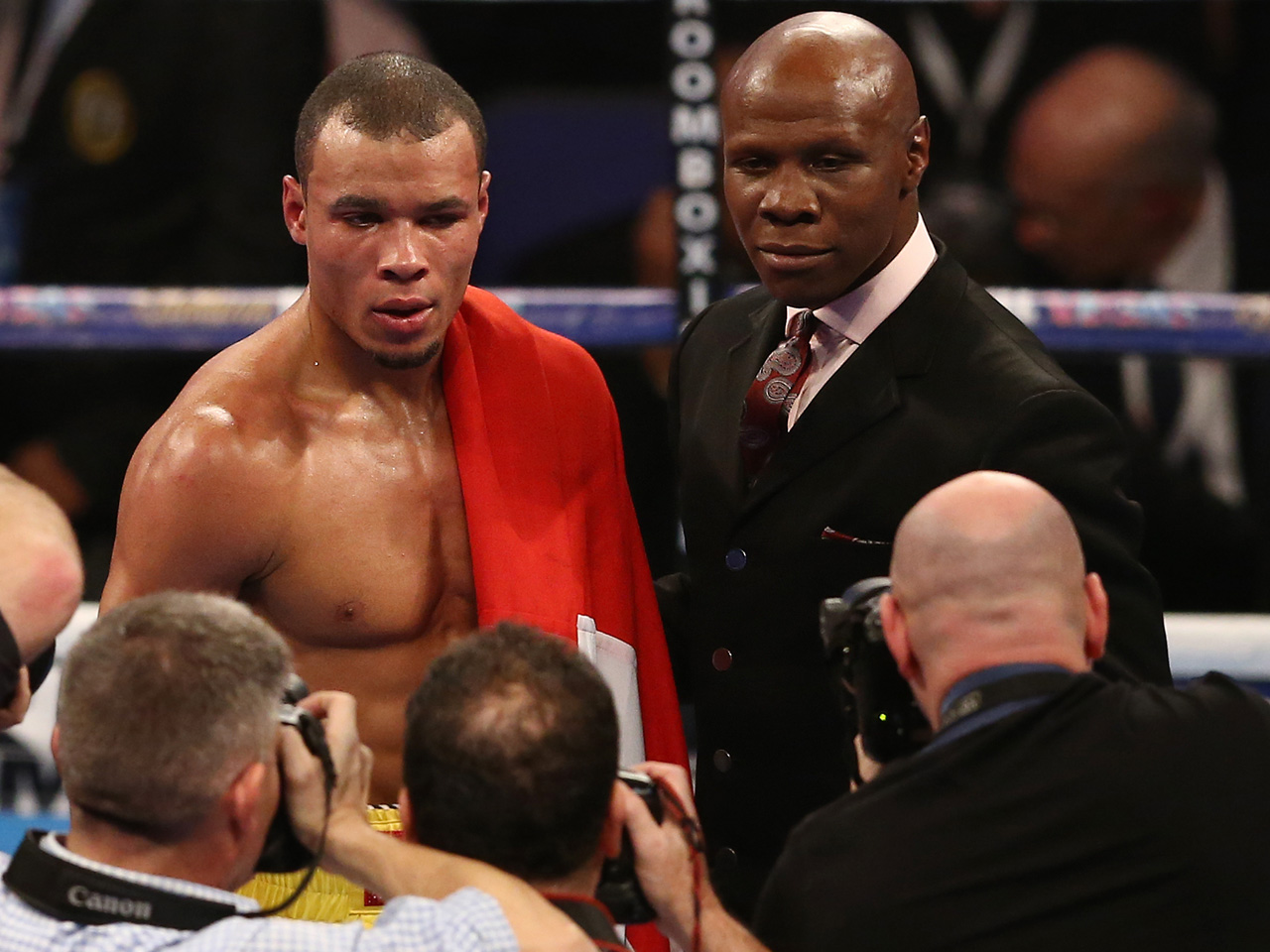 LONDON - As Nick Blackwell lies in an induced coma in a London hospital following a brutal middleweight title fight, a heavy sense of deja vu is hanging over British boxing.

In 1991, Michael Watson suffered a near-fatal brain injury in an all-British world title fight against Chris Eubank. Watson needed six operations to remove the blood clot that had formed on his brain, leaving him partially paralyzed.

Twenty-five years later, the long-retired Eubank was a central figure in another dark night for the sport in Britain. And it might be that his memories of that fight against Watson prevented the worst of scenarios in Saturday.

Eubank was in the corner of his son, Chris Eubank Jr., who was handing Blackwell a beating in their fight for the British title at Wembley Arena. By the end of the eighth round, Blackwell was in a bad state with his left eye closed and swollen.

Eubank Sr. saw the gravity of the situation and entered the ring to speak to his son before the ninth round began, telling him to stop taking head shots to Blackwell.

"If the referee doesn't stop it, then I don't know what to tell you," Eubank told his son. "But I will tell you this: If he doesn't stop it and you keep on beating him like this, one, he is getting hurt, two, if it goes to a decision, why hasn't the referee stopped the fight? I don't get why.

The fight continued to the 10th round, when it was stopped after the ringside doctor advised the referee that Blackwell was unable to see through his left eye. Minutes later, Blackwell fell to the floor in the ring and was taken to hospital.

He suffered bleeding of the brain and is in intensive care, sparking an outpouring of heartfelt messages from the boxing fraternity.

The BBC reported late Sunday that surgeons are not planning to operate on Blackwell.

Watson said he "went down memory lane in many senses" as the Blackwell-Eubank Jnr. fight unfolded. Unlike during Watson's darkest moment 25 years ago, there were medical professionals on hand for prompt treatment for Blackwell.

"I went through a lot when it happened to me, and it makes me feel happy that what I went through led to a change in the medical provision laid out for boxers," Watson told Monday's edition of British newspaper The Daily Telegraph.

"Young Chris need not blame himself for what has happened. It was not his intention to bring harm to his opponent, as strange as that sounds. It was an accident."

Robert Smith, general secretary of the British Board of Boxing Control, defended the decision of the referee, Victor Loughlin, to let the fight continue despite Blackwell's condition.

"Every boxer who gets into a ring knows the risks," Smith said. "We have everything in place as best we can. But we're never going to make it 100 percent safe . We do everything we possibly can, we are very strict in this country.

"But it's the nature of the sport."