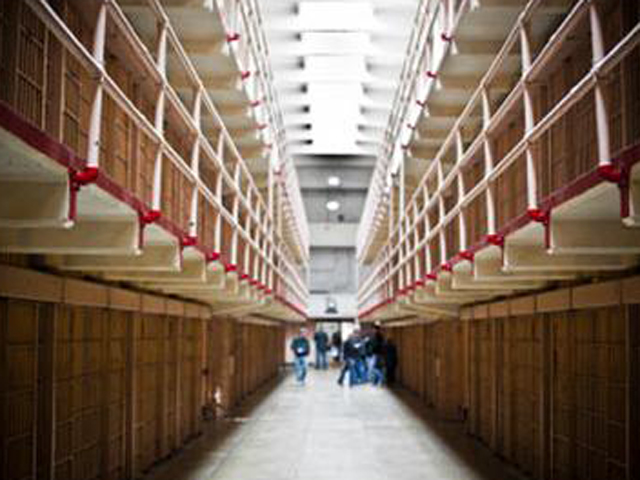 CONCORD, N.H- Jeffrey Dingman was barely 14 when he and his older brother, Robert, killed their parents in Rochester, N.H. Now 31, he is eligible for parole after spending more than half his life behind bars.

The brothers fatally shot their parents, Eve and Vance, as they arrived home from work on a Friday afternoon in February 1996. The teens wrapped the bodies in garbage bags and hid them in the attic and basement.

The teens played and partied over the weekend, returned to school Monday and were arrested after their parents' worried co-workers called police.

Robert Dingman was 17 at the time and is serving a life sentence for first-degree murder and conspiracy. Jeffrey got 30 years to life in a plea deal and has a parole hearing scheduled for next week.

Jeffrey's former lawyer, Philip McLaughlin, said Tuesday he remembers Jeffrey as a "little boy" who appeared to have no appreciation of the gravity of what had occurred. He has not seen or heard from Jeffrey since the day he told him he could no longer represent him because he was being named attorney general, and his previously stoic client cried and clung to him.

"I think of a very, very slight boy who was effectively abandoned by everyone. I don't think he had any visitors at all while locked up," he said. "I had the impression at the time that he would've expected his parents to show up the next day."

Jeffrey's immaturity was one of the reasons prosecutors struck a deal with him, said U.S. Attorney John Kacavas, who was an assistant attorney general when he prosecuted the teens.

"We felt he was capable of redemption and rehabilitation because he was so young," he said. "We could not feel that way about his brother."

Testifying at his brother's trial, Jeffrey calmly admitted shooting his parents first but said Robert instigated the killings and finished off both parents, taunting each before firing the fatal shots. Prosecutors said Robert chafed under his parents' rules and curfews, and Jeffrey described being yelled at repeatedly by his mother and hit by his father, both 40, over bad grades.

The boys considered several outlandish plots to kill their parents, including poisoning them or pushing them onto thin ice, Jeffrey testified.

"The various schemes that children of that age try to conjure up are so immature and foolish, you can't really conceive of what they actually followed through with," Kacavas said. "They were incomprehensible acts."

Kacavas said the lack of remorse displayed by either teen was "the most profound aspect of the case."  Vance Dingman's sister Darlyn said this week she hopes the parole board takes that into account, as well as the brutality of the crimes, when deciding whether her nephew should be released.

"Personally, we wish he had fried, but that didn't happen," she said. "He should not be let out. He's as guilty as his brother."

She and other relatives have said the Dingmans were devoted parents who took their sons to Disney World and never missed a soccer game.

"These boys were raised just like everyone else," she said. "Their parents loved them, they did everything for them. We don't know what went wrong. They weren't abused, they weren't deprived, they had everything they could've wanted."

McLaughlin said he has no idea what kind of parents the Dingmans were, but reasonable adults know that things are not always as simple as they seem. And he urged others to take a compassionate view.

"If young Mr. Dingman has grown into a man deserving of parole, then I suspect he will be granted parole, and I'd wish for him what I'd wish for anybody else," he said. "And that is: to move on, do his best to contribute and lead a good life."