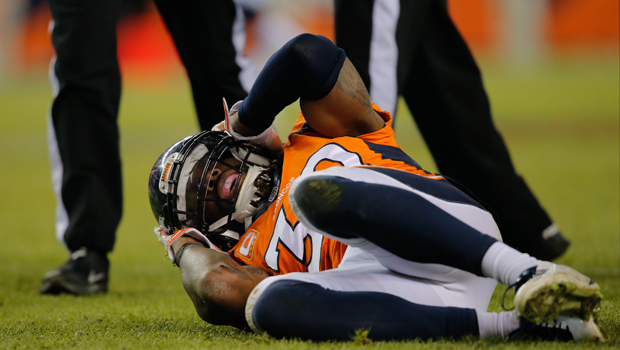 SAN FRANCISCO -- Five days ahead of Super Bowl 50, the NFL is studying how to deal with an alarming increase in concussions. The increase is from 115 concussions during the 2014 season to 182 in 2015. That's a 58 percent increase, and it came after the league cracked down on dangerous helmet-to-helmet hits.

After former New York Giant Tyler Sash died at 27 years old, doctors were shocked to discover he had a degenerative brain disease unusually advanced in someone so young. His mother Barnetta blames football.

"They could have all the money back if I could just have my son back. Nothing else matters. And you can't compensate anybody enough for that," she said.

In the movie "Concussion," Will Smith plays Dr. Bennet Omalu, the pathologist who first identified the brain disease, chronic traumatic encephalopathy, or CTE, in football players. He battled the football establishment to have it recognized.

"Nobody is denying CTE any longer," Dr. Omalu said.

Dr. Omalu, a professor at UC Davis, has studied the brains of dozens of deceased NFL players.

How many of the players on the field on Super Bowl Sunday will already be suffering from brain damage?

"I believe that 90 to 100 percent of professional players will suffer from CTE," said Dr. Omalu.

"I think that's a bit of hyperbole, quite honestly. I can't imagine that being the case," said Dr. Mitch Berger.

Dr. Mitch Berger is a brain surgeon, and chair of a committee that monitors head injuries for the NFL. Over the past decade, the league has made dozens of rule changes to reduce the risk.

An athletic trainer dubbed "eye in the sky," watches for injuries from a stadium box and an independent neurological consultant monitors from the sidelines.

But Dr. Omalu believes it takes less than a concussion to damage the brain.

"By the time you reach the professional level, you must have received thousands -- if not hundreds of thousands -- of blows to your head," he said.

A foundation established by Dr. Omalu is looking for ways to diagnose CTE.

The NFL is developing new equipment including helmets and turf to reduce head injuries.