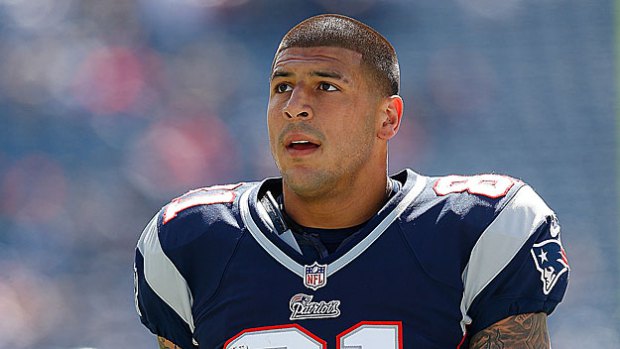 FALL RIVER, Mass. - The Massachusetts judge overseeing the murder trial of former New England Patriots star Aaron Hernandez has banned all NFL gear from the courthouse once the trial starts.

Superior Court Judge Susan Garsh's order, released Monday, says people will not be allowed inside the Fall River Justice Center if they're wearing or carrying clothing, buttons or other objects that include the name or images of the NFL, Patriots or "football-related insignia."

Hernandez has pleaded not guilty to murder in the June 2013 killing of Odin Lloyd, who was dating the sister of Hernandez's fiancee. Jury selection in the trial starts Jan. 9.

The judge also said 20 seats will be set aside for each day of trial for members of the public to attend.

Hernandez has also pleaded not guilty to the fatal shootings of two men in 2012 after an encounter at a Boston nightclub.