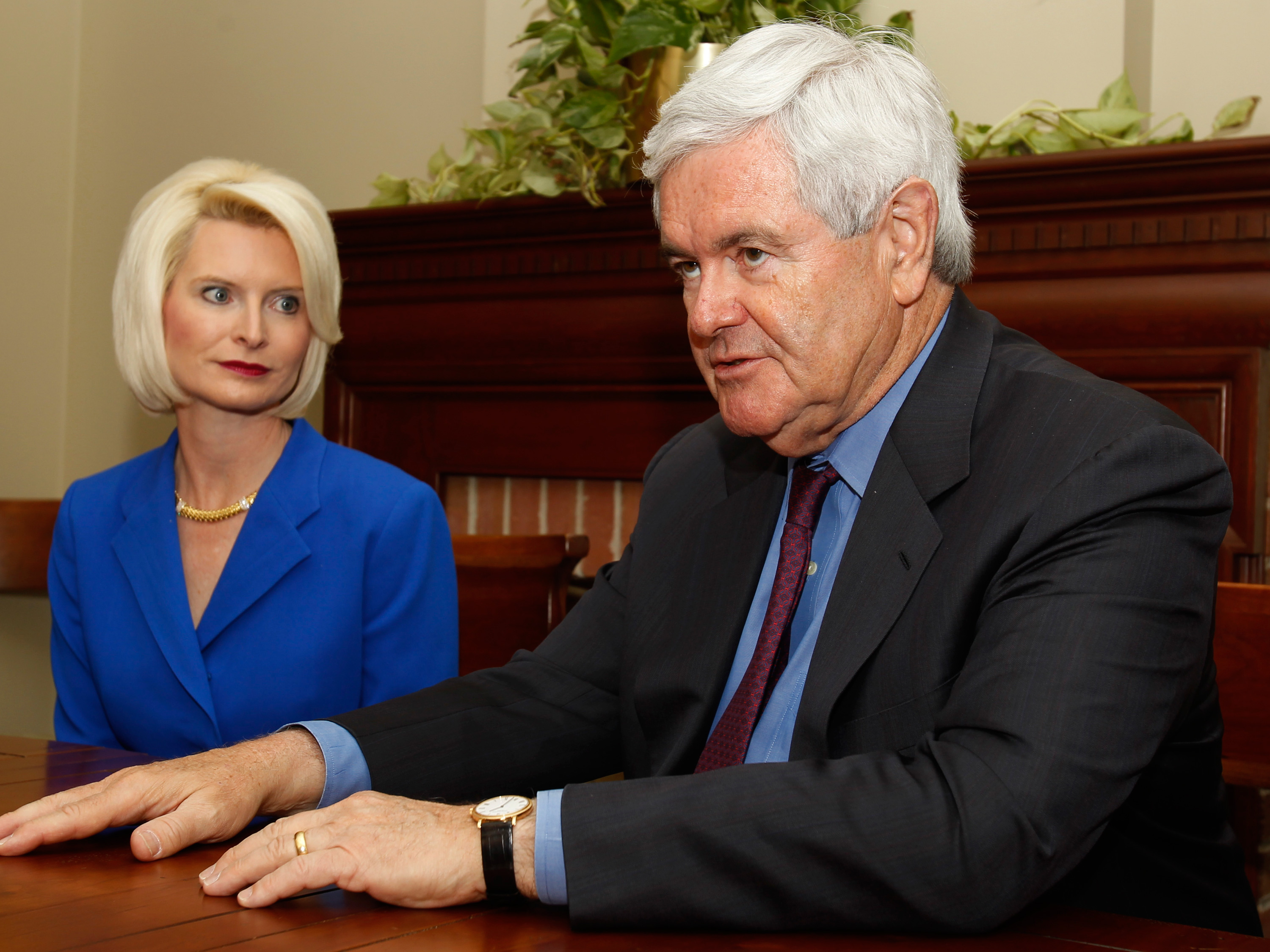 Former House speaker and likely GOP presidential candidate Newt Gingrich, who has been married three times and has acknowledged an extramarital affair, said in an interview this week that his past indiscretions were driven in part by "how passionately I felt about this country."

"There's no question at times of my life, partially driven by how passionately I felt about this country, that I worked far too hard and that things happened in my life that were not appropriate," Gingrich told CBN News Chief Political Correspondent David Brody. "And what I can tell you is that when I did things that were wrong, I wasn't trapped in situation ethics, I was doing things that were wrong, and yet, I was doing it. I found that I felt compelled to seek God's forgiveness."

Gingrich, whose personal history could hamper his efforts to win over social conservatives in a GOP primary, converted to Catholicism in March, 2009. In the interview, he went on to say that he believes "in a forgiving God."

"Somebody once said that when we're young, we seek justice, but as we get older, we seek mercy," he said. "There's something to that, I think."

Gingrich has admitted he conducted an extramarital affair at the same time he was one of the GOP's most vocal critics of then-President Clinton for his involvement with Monica Lewinsky. "There are times that I have fallen short of my own standards," he said in 2007. "There's certainly times when I've fallen short of God's standards." Gingrich said at the time there was a difference between his conduct and Mr. Clinton's because Mr. Clinton had perjured himself.

Gingrich is now married to the woman with whom he had that affair, Callista Gingrich, a former congressional aide 20 years his junior. He divorced his first wife, Jackie Battley, in 1981; according to Battley and others, Gingrich discussed the divorce terms while she was in the hospital recovering following cancer surgery. His second wife, Marianne Gingrich, says Gingrich asked her to marry him before he divorced Battley.

In the CBN interview, when asked what makes a great president, Gingrich said in part: "You want to be able to look into them and understand, do they share my values?" He also said "our Judeo-Christian civilization is under attack" from "secular, atheist elitism."