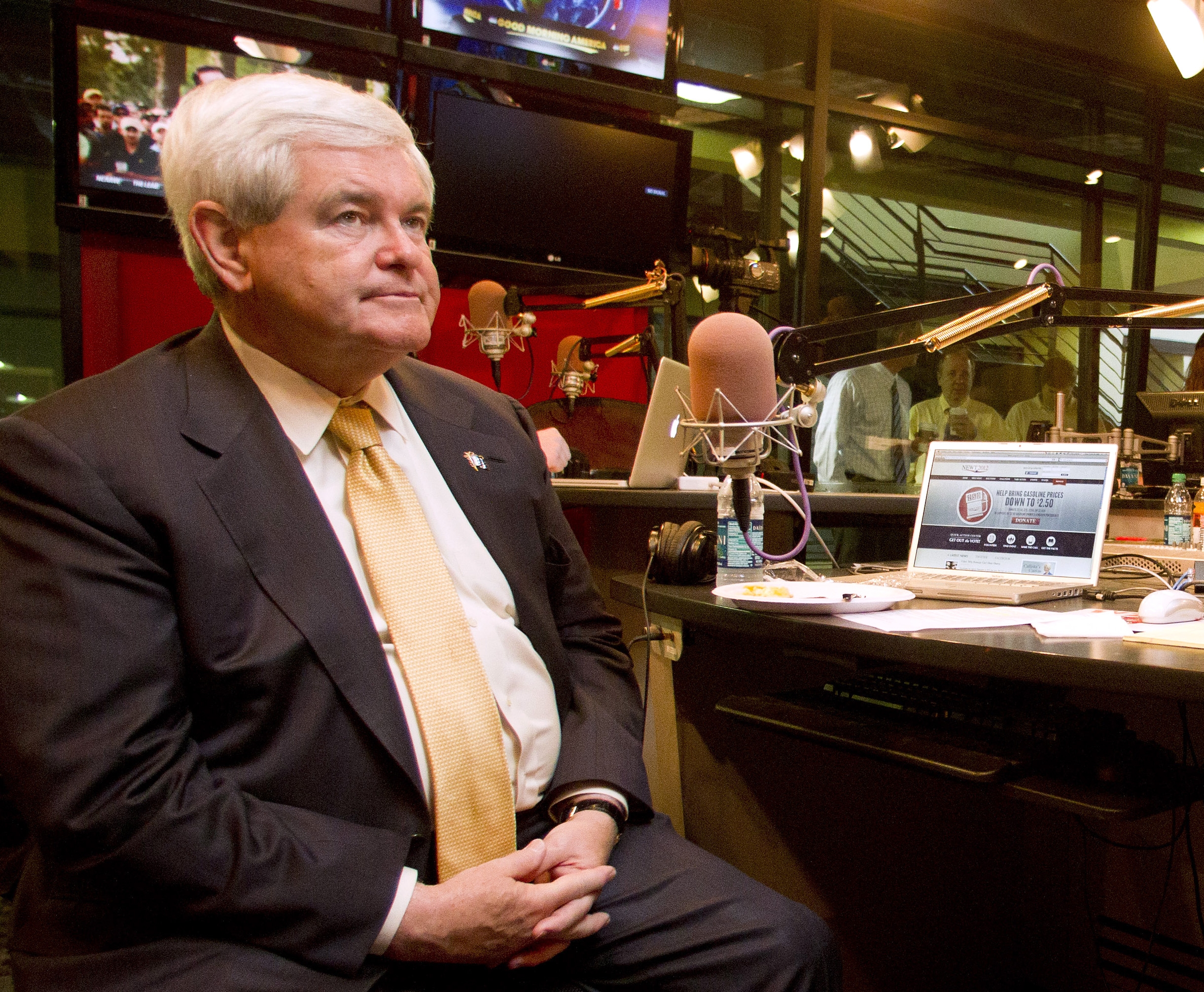 (CBS News) BIRMINGHAM, Ala. - No matter what happens in Tuesday's Mississippi and Alabama primaries, Newt Gingrich says he will remain in the race, and he believes the combination of delegates being amassed by him, Rick Santorum, and Ron Paul will keep Mitt Romney from hitting the magic number of 1,144 delegates needed to win the Republican nomination for president.

Speaking on a local Alabama radio show on Tuesday morning, the former House speaker said there is an advantage to using a "tag-team" approach to defeating Romney, the current front-runner.

"With Rick and me together, we are really slowing him down, with some help frankly from Ron Paul," Gingrich told the radio hosts. "The country is sort of saying, a majority is saying, `Not Romney.' The biggest bloc is saying Romney, but it's not a big enough bloc to be a majority. We now are beginning to think he will literally not be able to get the delegates to get the nomination."

Gingrich's comment came as Santorum said on Glenn Beck's radio program on Tuesday that his rival has "really shown no ability to get votes outside of the state of Georgia," and that "it would be great if he would get out of the race because clearly the vast majority of the votes that he is taking are coming from me."

Speaking with Fox News host Greta Van Susteren on Monday night, Gingrich said he thinks he has a good chance of winning both Mississippi and Alabama. Alabama Republican Party Chairman Bill Armistead said on Tuesday that Gingrich cannot lose both states if he wants to remain in the race. But the candidate disagreed, saying that even if he doesn't win, the delegate count will be tight.

"Governor Romney will get at most one out of every three delegates," Gingrich said. "Once again he will fall dramatically short ... I think that the odds against his being able to get 1,144 delegates is very, very high. I think he is more likely to be a front-runner who ends up not finishing the race."

Romney has won 432 delegates so far, according to CBS News estimates. Santorum has 186, while Gingrich has 97.

Gingrich compared the race to a football game that is approaching halftime. "The first half was actually better territory for Romney than the second half. And I think as we go through the second half it gets harder and harder for him to finally get to a majority."

Gingrich also said he will continue focusing on the South. Though he will campaign in Illinois leading up to the March 20 primary there, he made it clear that he is focusing on Louisiana, which holds its primary four days later.

"It's a little bit like a football game - halftime is sort of Louisiana next week," he said. " And the first half is better for Romney than the second half in terms of where the delegates are and how to put together a majority."