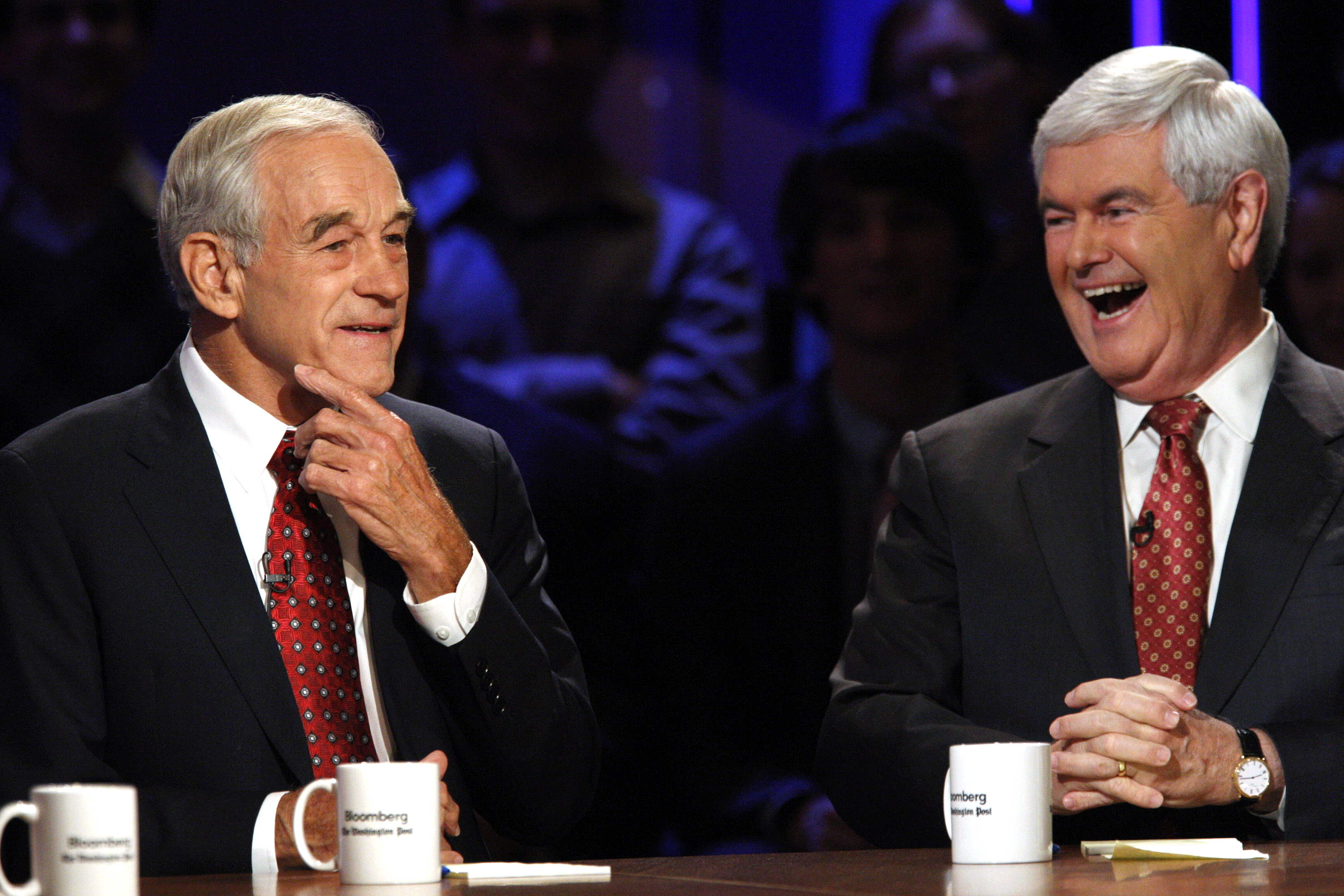 Former House Speaker Newt Gingrich on Tuesday said he understood the anger expressed by the protestors on Wall Street - but said the real culprits who should be thrown from power are in Washington.

"If you want to put people in jail, I want to second what (Minnesota Rep.) Michele (Bachmann) said. You ought to start with (Massachusetts Rep.) Barney Frank and (former Connecticut Sen.) Chris Dodd," Gingrich said, referring to the pair of Democrats who authored last year's rewrite of Wall Street rules, known as Dodd-Frank.

"The fact is in both the Bush and Obama administrations, the fix has been in. And I think it perfectly reasonable for people to be angry. But let's be clear who put the fix in. The fix was put in by the federal government," Gingrich said. Bernanke worked in the White House as President George W. Bush's top economist before Mr. Bush tapped him to replace another Republican, Alan Greenspan, to lead the central bank.

In her response to the question of whether anyone from Wall Street should be thrown in prison for causing the collapse of the world's largest economy, Bachmann blamed the federal government for the 2008 financial meltdown and recession of 2007-9.

The bill, signed into law by President Obama in 2010, created a consumer financial protection bureau aimed at protecting consumers and theoretically gave regulators the authority to break up major financial firms deemed too big to fail. It also banned many of the risky lending practices that fueled the housing bubble at the heart of the economic collapse.

"Gingrich is blaming us for Republican failures," Frank said in prepared statement to CBS News Political Hotsheet, noting that Republicans controlled the House of Representatives from 1995-2007.

"I think that a man like Newt Gingrich who is as impressed as he is with his own intellect is a little unsettled by the fact that he is running behind Michele Bachmann in the polls," Frank added.

Rep. Ron Paul, who has written a best-selling book called "End the Fed" and made a career out of bashing the central bank, said he would repeal another major piece of legislation, Sarbanes-Oxley, which was passed in the wake of Enron a decade ago when Republicans were in control of the House of Republicans.

"Let's repeal that, too. I mean, if you look at what we have done as Republicans, we have caused a lot of problems," Paul said, "to say it's all in these past two years, I mean, I think that is so misleading. And that's why the American people are sick and tired of listening to the politicians."