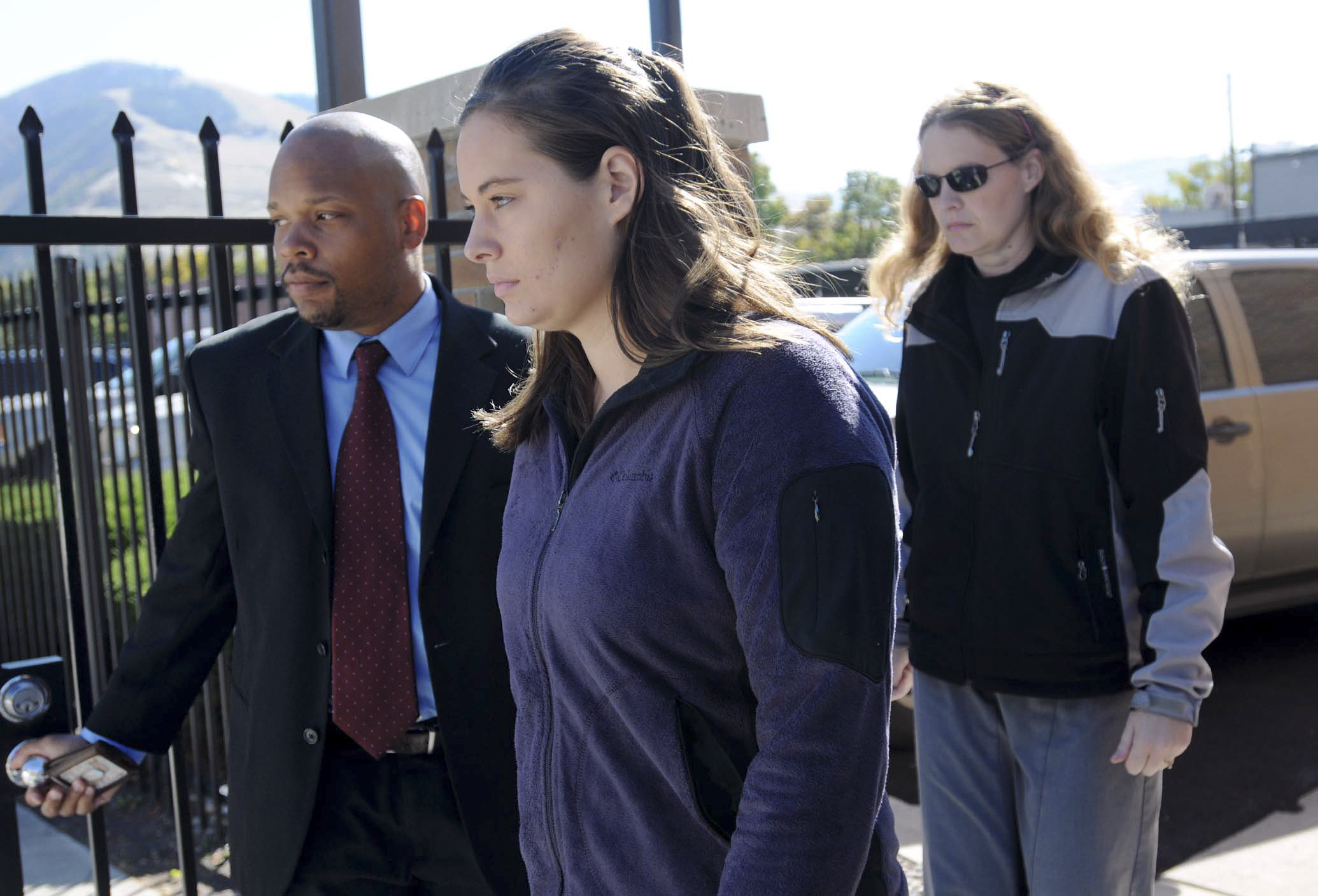 MISSOULA, Mont. - A Montana woman on trial for killing her newlywed husband at Glacier National Park told the FBI "I pushed him and I took off."

The statement by 22-year-old Jordan Graham was heard on Wednesday, the third day of her trial. She is charged with first-degree murder and second-degree murder in the July 7 death of Cody Johnson, 25.

Flathead County Deputy Coroner Richard Sine testified that Johnson had an 8-inch fracture on his forehead and was not wearing a wedding ring when his body was found.

Jordan Graham's statement was in a recoding made by an FBI agent in Kalispell on July 16.

Graham has said she and Johnson argued in the park and he accidentally fell when she tried to remove his hand from her arm.

Johnson was reported missing on July 8. Graham concocted a story that her husband of eight days had gone off with friends and had not returned. His body was found by Graham near the Loop on July 11.

In the recording, Graham calmly told FBI agent Stacey Smiedala that she and Johnson were having a fight and decided to drive to Glacier to discuss their issues. While venturing off trail near the Loop, Graham said Johnson grabbed her arm. Graham then took Johnson's hand off her and pushed him over the cliff.

"It was a quick thing, I just wanted to get him off me," she said in the recorded interview. "I don't feel like I killed him; I mean I pushed him, but it was an accident."

Sherry Johnson testified that her son was excited to marry Graham. She also said she tried to console Graham during a prayer service after her son's death.

"I put my arm around her and said everything will be OK," Sherry Johnson said tearfully. "Cody's with Jesus now."

Graham’s stepfather Steve Rutledge also testified Wednesday. He said Johnson had told him during church the day of his death that his wife had a “surprise” for him, reports CBS affiliate KXLF.

Prosecutors maintain the “surprise” was that Graham planned to kill her husband by pushing him over the cliff.