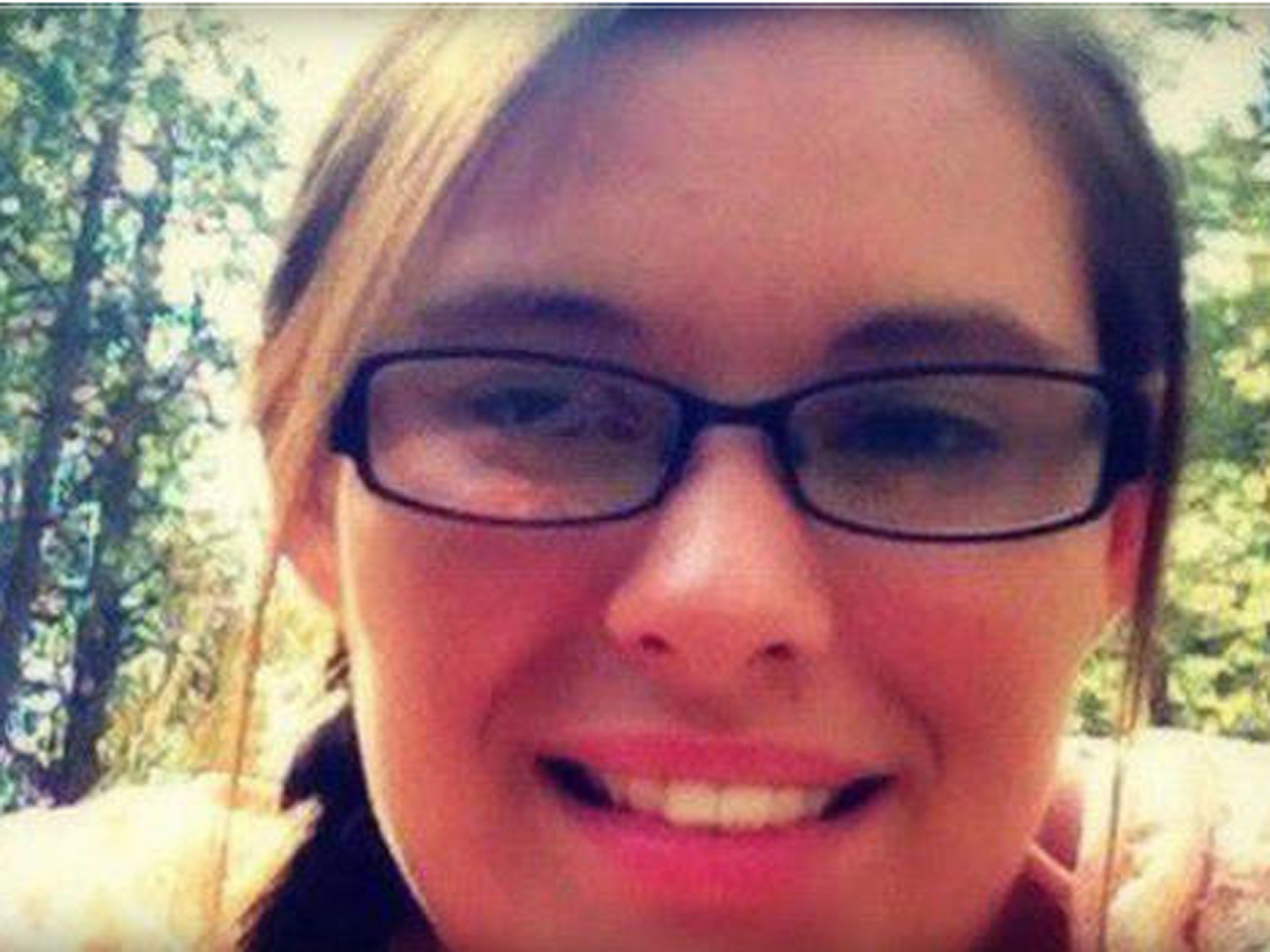 MISSOULA, Mont. - The teenage brother of a Montana woman on trial for murder in the death of her new husband broke down Tuesday on the witness stand as he described his anger over her lies about what happened.

Michael Rutledge, 16, of Kalispell, testified that he was angry with defendant Jordan Graham because she had lied again and again about the disappearance of Cody Johnson.

Prosecutors say the 22-year-old Graham deliberately pushed Johnson from a cliff in Glacier National Park as they argued about their days-old marriage. She initially told investigators she hadn't heard from her husband since he drove off with friends.

"She could have told us the truth," Rutledge testified, sobbing. "She told one lie, was asked to tell the truth, and she said it again. And she had to keep adding more lies to cover it up. And that's maybe why I was mad."

The testimony came on the second day of trial for Graham, as prosecutors dissected her actions from the time her husband went missing July 7 until his body was found July 11 in the national park.

Using videotaped statements by Graham, along with testimony and text messages from her friend and her brother, prosecutors showed how her story unraveled.

More than a week after Johnson's disappearance, she told investigators that she and Johnson had driven to Glacier National Park, where they argued on a steep ledge and Johnson fell to his death after he grabbed her arm and she pushed him away.

Rutledge testified that he was close to his sister and the 25-year-old Johnson. He said he was with Graham on July 10, when they went with their mother and two friends to a spot called The Loop to look for Johnson's body, but it was too dark to see.

They returned the next day, and Rutledge told jurors he wondered why they had gone back to the same place.

"Why aren't we going to other spots? This park is huge," Rutledge said he recalled thinking. "But I didn't say anything because I didn't want anyone to be upset with me."

Graham said she couldn't see anything from the road, but she had a feeling, Rutledge said. The others watched as Graham climbed over a retaining wall and made her way down a treacherous rocky slope.

She walked along the ledge for a while then shouted that she spotted a body in a ravine, Rutledge said.

"When Jordan claimed she saw Cody, I was in disbelief, so I went down myself," he said.

Rutledge saw the body and said he "lost it."

He said he climbed back up to the road and sat at the edge of the rocks while his sister and a friend went to report the finding to park rangers, who prosecutors said were surprised that she had been able to find the body from that location.

Days after Graham pointed out the body, investigators questioned her further. When shown a picture of her and Johnson at the gate of the park, she dropped her story about him going missing after leaving with friend.

Graham told them that she and Johnson had argued in the park over their 8-day-old marriage and that he accidentally fell from a cliff when she tried to remove his hand from her arm.

Graham has pleaded not guilty to first-degree murder, second-degree murder and making a false statement to authorities.

There were no witnesses to what happened the night of July 7.

Andy Nelson, Graham's federal public defender, has said Johnson's death was a tragic accident that occurred after she had finally worked up the nerve to talk to Johnson about her grave doubts about their marriage. When he grabbed her arm, she pushed him to remove his hand, the lawyer said.

Graham did not want to report the accident because she was afraid, and in her naivete, invented an implausible story, the lawyer said.

She told slightly different versions to people about how Johnson had left that night with friends Graham did not know, her friend Kimberly Martinez and police said.

"I was trying to give Jordan the benefit of the doubt, but things weren't adding up for me," Martinez said.

Kalispell police Sgt. Chad Zimmerman, who interviewed Graham the day after Johnson was reported missing, also said her story did not match up with what others had told him.

"I had no way of knowing how much she was saying was true and how much not true," Zimmerman testified.

Graham returned to the Kalispell police station the next day, saying she had received an email from a person she didn't know named "Tony" who told her that Johnson was dead and to call off the search.

Another detective interviewed her about the email and Johnson's disappearance, and Graham's details of that night appeared to contradict what she had told Zimmerman the day before.

The email turned out to be a fabrication, sent from an account created that day from a computer belonging to Graham's stepfather, authorities said.