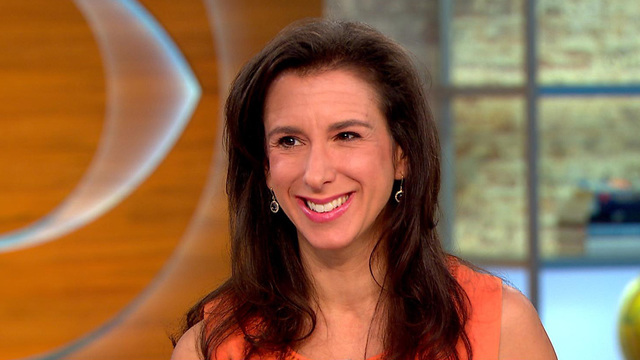 European countries and the U.S. are increasingly hesitant to open doors to Syrians fleeing the country's civil war, especially in the aftermath of recent terrorist attacks and Brexit. But according to New York Times reporter and CBS News contributor Jodi Kantor, Canada has a "totally different attitude."

For her front-page article, "Refugees Encounter a Foreign Word: Welcome," Kantor spoke to Canadians who help Syrians find homes, schools, jobs, and a way to navigate their new culture. The article has become one of the most e-mailed items on the Times website Friday, the same day it was released.

"Canadians in some ways are placing the opposite bet on Syrian refugees as a lot of the rest of the world," Kantor explained on "CBS This Morning" Friday. "They're not only taking Syrian refugees but they're saying, 'come into our homes, we're ordinary citizens, we have no connection to the Middle East, but we are going to volunteer our time and money and spend a year of our lives getting you settled.'"

The U.S. vowed to take in 10,000 Syrian refugees by the end of September, but to date, has resettled less than half that number. Meanwhile, its North American neighbor has taken in more than 25,000. Some of the disparity can be attributed to the fact that despite being roughly the same size as the U.S., Canada has just one tenth of its population. The country also boasts a strong social welfare system, a government that emphasizes multiculturalism and has not lived through deadly attacks in the likes of 9/11 or Orlando.

Kantor's article dives into the stories of several Canadians who have adopted the Syrian refugees into their own families, as part of an one-year sponsorship, during which they provide financial and practical support, from subsidizing food and rent to helping the refugees learn English and find work.

But the process can be tricky. While on the whole, the relationships Kantor observed turned out well, she also noted that cultural differences and reservations of receiving help from strangers could create tensions.

"The refugees are not used to becoming wanted or welcomed," Kantor said. "And when they find out a bunch of strangers are going to spend a year helping them, their attitude is, 'who are you? I can't believe this. What's your ulterior motive?'"

In addition to watching the two sides work out their relationship, Kantor said she was fascinated by how the Syrian refugees' relationships within their immediate families also evolved over time.

"Part of what's fascinating to me about the reporting is watching these two sides work out their relationship," Kantor said. "These families eventually have to make money but should the Syrian woman work? That is not something they would've done back at home. Are their husbands comfortable with them working?"

Still, another larger question to be answered is what happens once the sponsorship is over.

"That is part of the suspense. There are all these emotional bonds between these people... And yet, you say when the year is up, does the financial relationship continue? Do they get more help? And then in 20 or 30 years, what does their relationship look like?" Kantor said. "Also, are these families going to be in Canada? Do they have the skills to function well in Toronto, even after a year?"