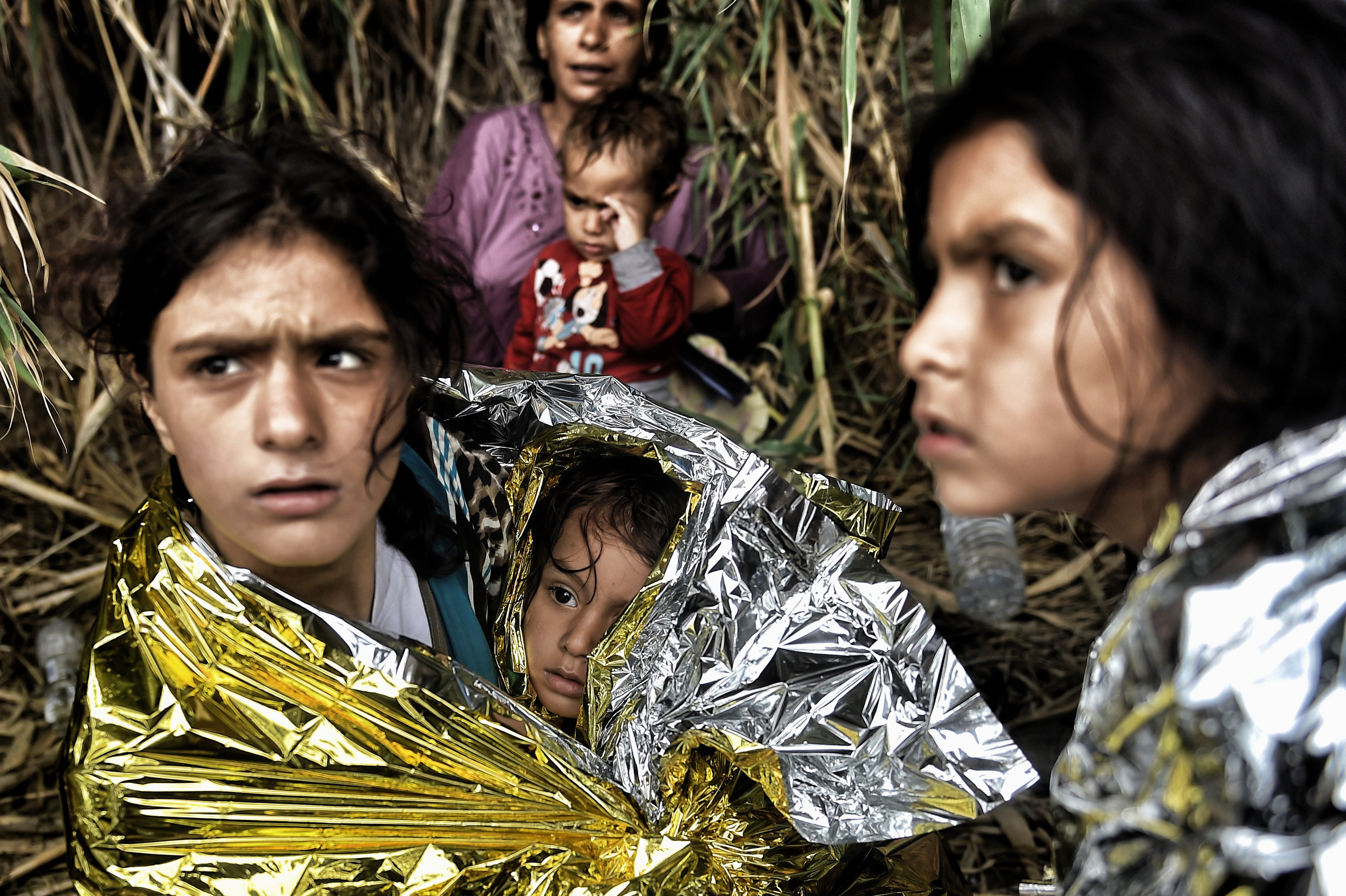 A majority of U.S. voters oppose accepting Syrian refugees into the country, according to a Quinnipiac University poll released Wednesday.

The survey found 51 percent of people oppose refugees entering the U.S. while 43 percent support the policy. The Obama administration is planning to accept at least 10,000 Syrian refugees into the U.S. over the next year despite calls from many Republicans to freeze the plan.

At the same time, the poll found two-thirds oppose "banning people who are Muslim from entering the U.S.," as Donald Trump has proposed recently on the 2016 campaign trail. Only 27 percent said they support that plan.

Seventy-nine percent of Democrats said they oppose that proposal, as did 51 percent of Republicans and 67 percent of independent voters.

More than half of the public said Islam is a peaceful religion, according to the poll, while 28 percent said Islam encourages violence.

The poll also found 52 percent of U.S. voters support sending ground troops to fight the Islamic States in Iraq and Syria (ISIS) while 40 percent oppose such a plan.

Two-thirds of voters said they are "very concerned" or "somewhat concerned" about climate change, the survey found.

The poll surveyed 1,140 registered voters between December 16 and 20 with a 2.9 percentage point margin of error.