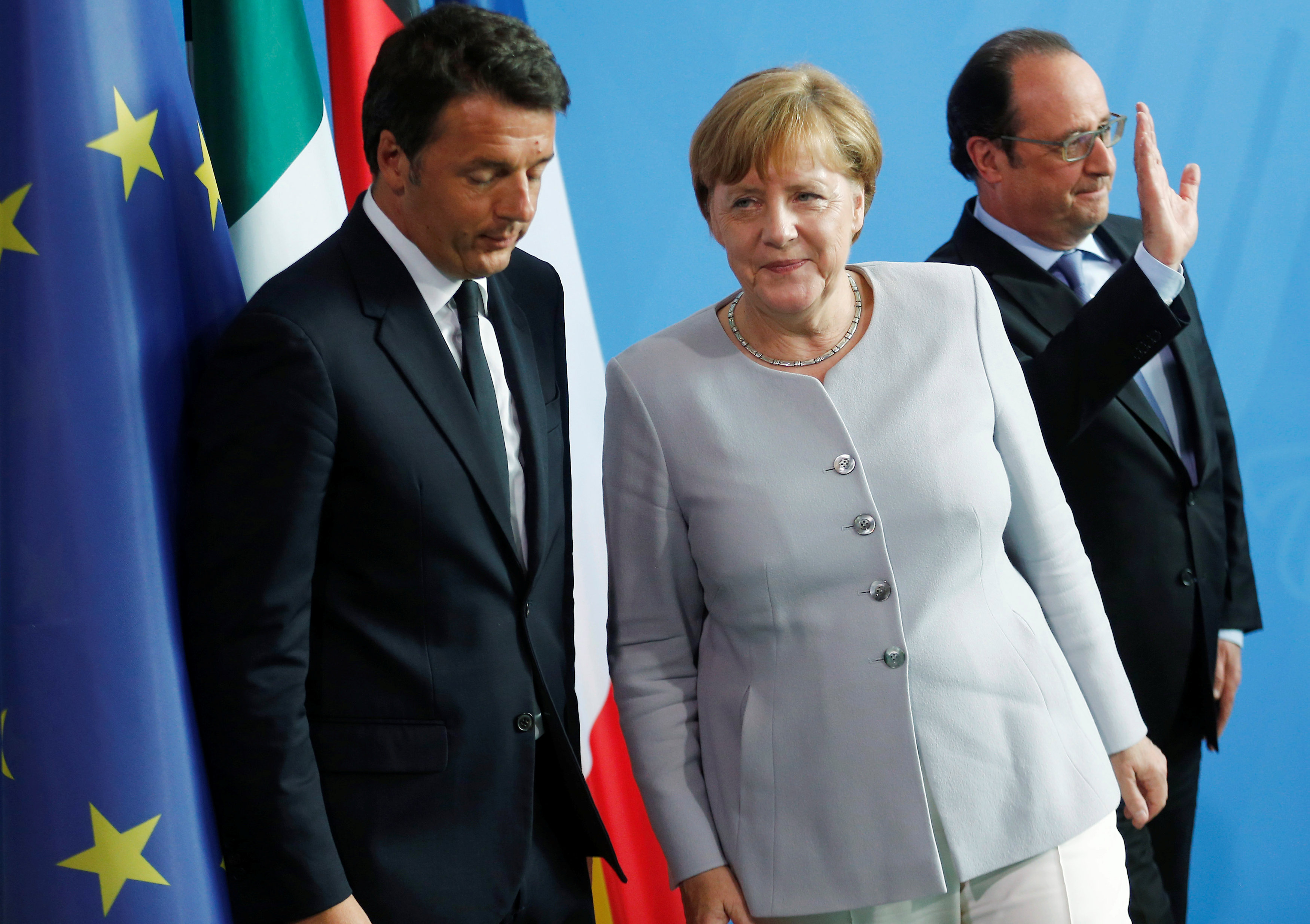 ROME -- Britain may want to exit the European Union slowly, but the rest of Europe has a different idea.

Trying to avoid a messy divorce, the leaders of France, Germany, and Italy met in Berlin on Monday, and emerged with a unified message:

Europe's leaders want Britain to start separation proceedings soon, while Britain seems to be in no hurry.

"There must be no delay," said German Chancellor Angela Merkel.

The longer the delay in negotiations, Merkel argued, the more likely other countries might leave. Already there is talk of referendums in more than a half dozen countries.

Among them is Hungary, which recently built a razor wire fence to keep migrants out. Building walls seems to sum up Monday's mood, a departure from a Europe built on the free movement of people and goods.

Carlo Sibilia is from Italy's new protest party -- the "Five Stars Movement." He said Britain's exit is a chance to reform the European Union.

Secretary of State John Kerry -- who started his day in Rome -- flew to both Brussels and London to urge EU leaders to make "wise choices" not "aimed at revenge."

Italy's Prime Minister said it's time to start a "new chapter" for Europe.