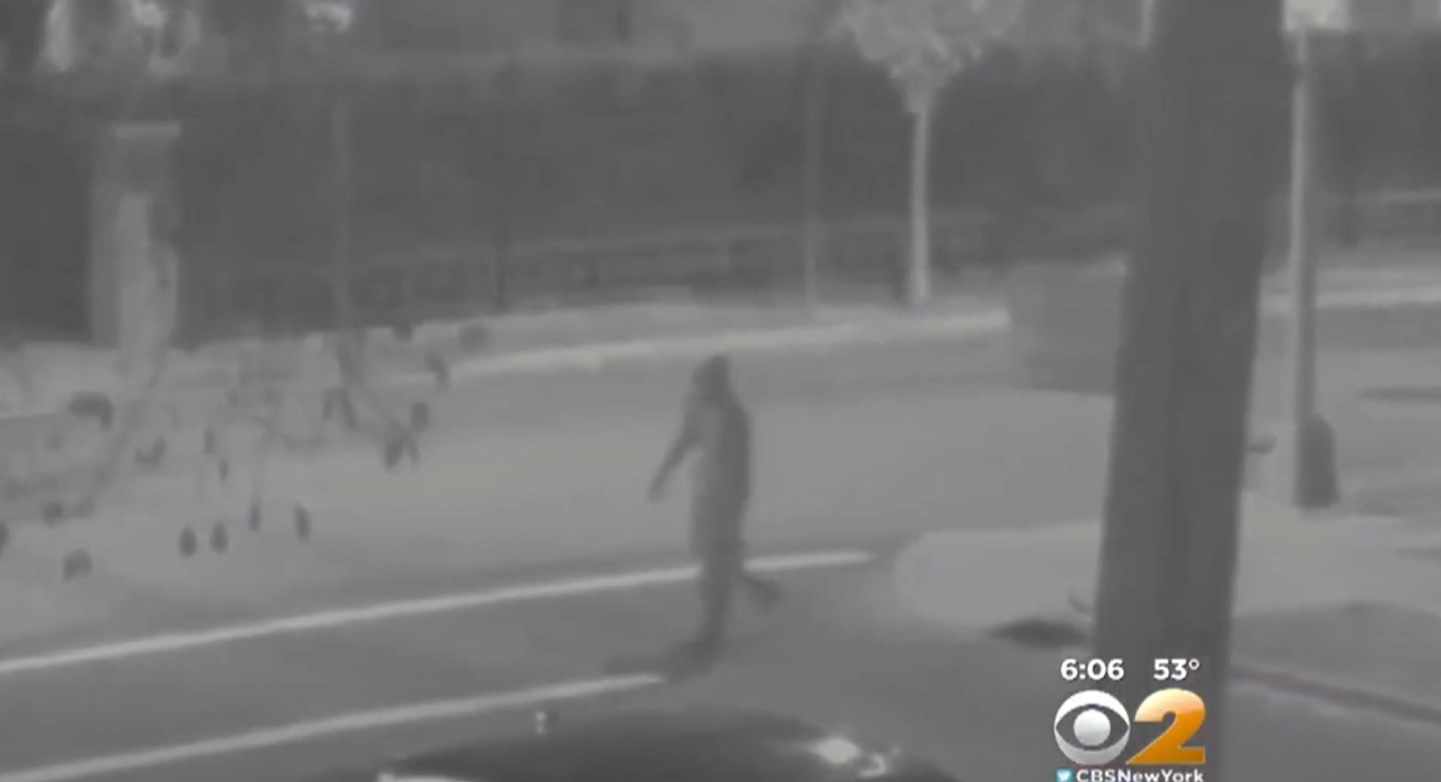 The home surveillance video shows the suspect near the area of a fire on Nov. 8. The man, whose face is covered and who is wearing gloves, can be seen moving a handgun from his left ankle to the right pocket of his hooded sweatshirt, police said.

The suspect was seen on the video minutes before police said a fire was set to a home in Queens' Forest Hills neighborhood.

Police say the man is responsible for at least seven fires in six weeks in an area that has a large population of Bukharian Jewish residents. The most recent happened Sunday, CBS New York reports.

Investigators have the suspect on camera in two other instances around the homes that were torched, all of them under construction or undergoing renovation.

"We have a task force working together," said Fire Commissioner Daniel Nigro. "We believe it is one person. We believe we will find him soon."

Earlier this week, Nigro and the New York Police Department promised the community an increased police presence as investigators work to find the suspect.

"I lay in my bed at night and hear those fire engines going past my house and I say, 'oh no -- not another one,'" said Queens Councilwoman Karen Koslowitz.

No one has been hurt in the fires and police have said there is no evidence suggesting the arsons are a hate crime.

A $12,500 reward is being offered for information leading to an arrest.