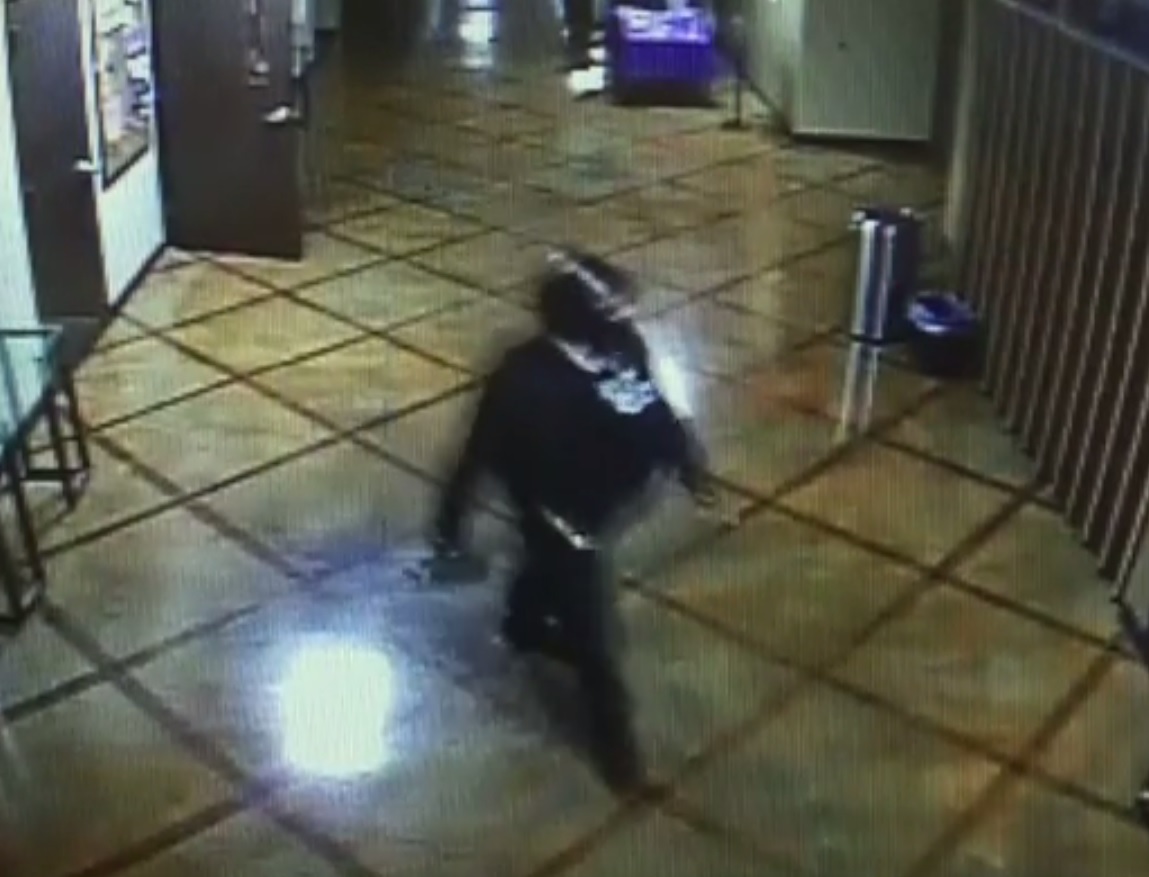 The video, which is more than two minutes long, shows an unknown person wearing what appears to be police body armor while wandering the Creekside Church, in Midlothian, Texas. The suspect can be seen appearing to meander from door to door in the moments before Terri "Missy" Bevers arrived.

"We really believe that somebody knows ... who this person is," Midlothian Assistant Chief of Police Kevin Johnson said at a press conference on Friday afternoon.

Johnson said the suspect was first seen on surveillance after breaking into the church at 3:50 a.m. Bevers, a mother of three, entered the building at 4:20 a.m., to prepare for the 5 a.m. fitness class she planned to lead, Johnson said. Bevers died from a head wound, according to a search warrant for her pickup truck released Thursday.

A participant in Camp Gladiator, Bevers' program, arrived to the church at 4:35. It's not clear how soon after that arrival Bevers was found, but two 911 calls were received by police at 5 a.m., Johnson said.

Police have a list of persons of interest, but no suspects, Johnson said. Police have received hundreds of tips, some of which were "actionable," according to Johnson. However, he noted that police tip lines have also received an influx of speculation about "uninformed opinions about the (suspect's) gait."

Johnson said multiple local agencies, as well as the FBI, U.S. Marshals, and the Bureau of Alcohol, Tobacco, Firearms and Explosives are assisting in the investigation.

The motive behind the attack remains unclear.

Those who were close to Terri Bevers say they had grown worried about her in the weeks leading up to her death.

"Her husband had told her to be prepared. You know he had worried about something like that, that early in the morning," said Tucker.

Mark Garcia, who worked out with Terri Bevers regularly at a nearby gym, said that in recent weeks, the 45-year-old didn't seem like herself.

"She seemed a little ... a little more reserved." said Garcia. "I don't think she was at the wrong place at the wrong time. I feel like someone was after her."