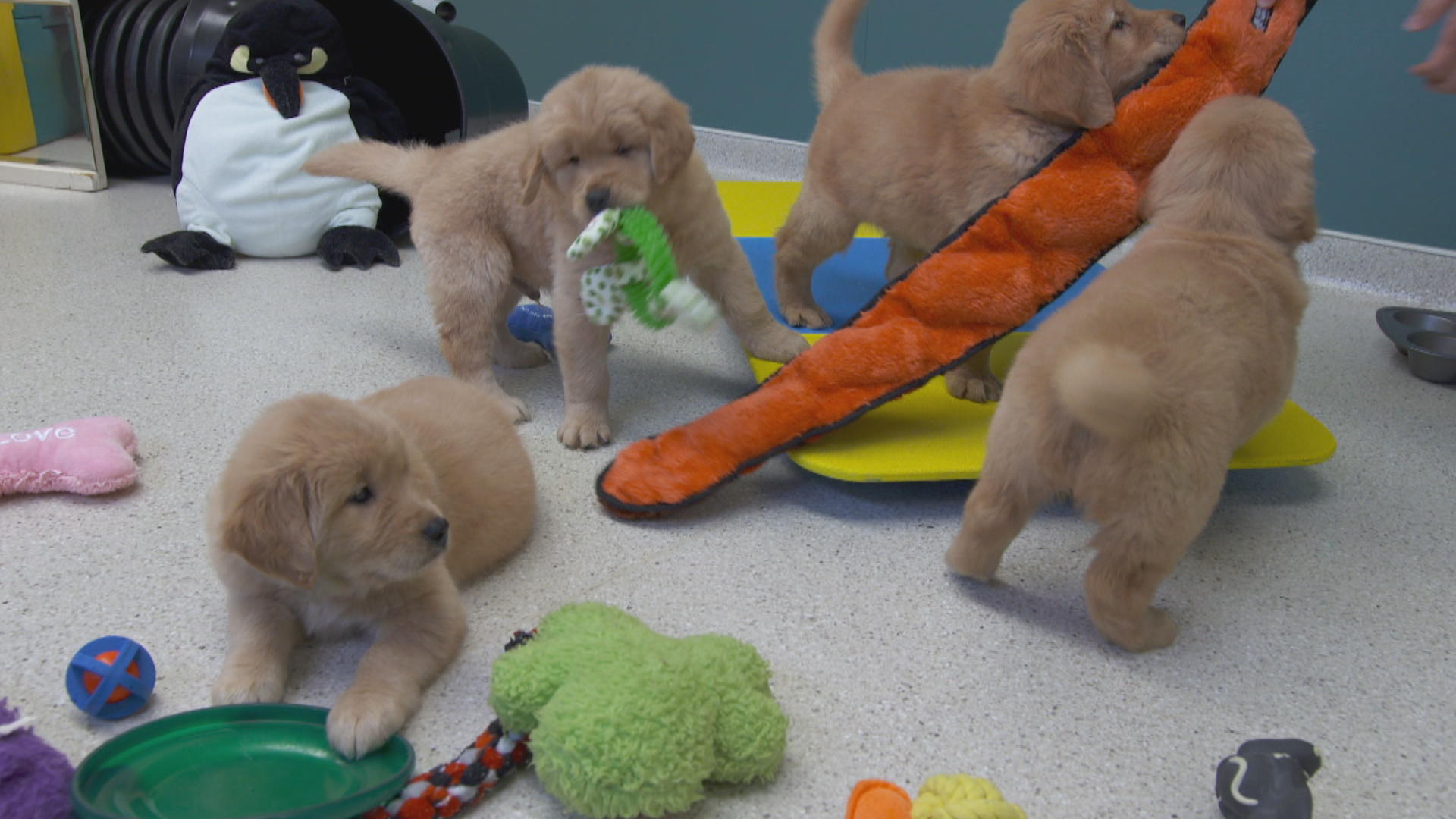 A new study suggests dogs with overbearing mothers are less suited for the complexities of being a guide dog for the blind.

Guide dog trainers look for specific personality traits when deciding who will make the cut and researchers say those puppies whose mothers were less attentive to their needs are better developed than those who doted on their every move.

At just over seven weeks old, Golden Retrievers and Labradors at The Seeing Eye in New Jersey are already in training as future guide dogs for the blind, learning to interact with others, adapt to new surroundings, and remain calm while under stress, reports CBS News' Elaine Quijano.

Dr. Dolores Holle is director of canine medicine and surgery at The Seeing Eye.

"One of the findings was that pups who were perhaps overly mothered, their moms were overly attentive to them, spending a lot of time with them, licking them copiously, that those pups were not as likely to be selected as guides," Dr. Holle said.

For example, a more attentive mom is lying down alongside her sleeping pups, while another mom taking a more "tough love" approach and gives her puppies space to move around.

The ability to overcome obstacles, whether it be to find food or navigate a street curb, is a key factor in the success of a seeing-eye dog. Instructor Joan Markey says dogs who exhibit a fear of the unknown don't make the cut.

"If they are afraid of the world, they're not gonna be a good guide. If they get worried by loud traffic, making loud noises, anything that makes them afraid to the point where they want to bolt and run, that would get them out of the program," Markey said.

But while these personality traits may not be desirable for guide dogs leading the blind, experts say they could be well-suited to other canine callings.

About 70 percent of dogs who enter guide dog training programs are successful. That number could go up should less attentive parenting styles be encouraged by the trainers and adopted by the dogs themselves.