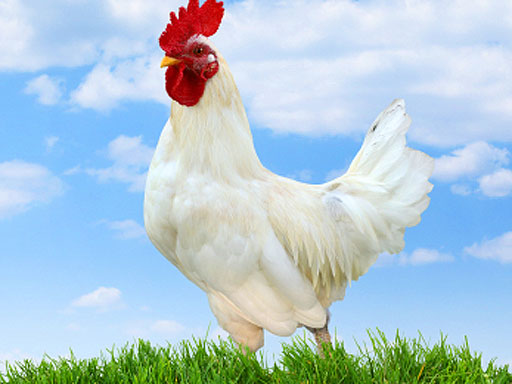 (CBS) What's scarier than salmonella? Salmonella that's resistant to the antibiotics commonly used to treat salmonella poisoning, a.k.a. salmonellosis. And a new study from Europe shows that just such a bug has emerged recently.

The germ is called S. Kentucky, and the threat it poses isn't just theoretical.

Between 2000 and 2008, the germ sickened 489 people in France, England, Wales, and Denmark, the study showed. And evidence suggests that S. Kentucky has made its way to Canada and the U.S.

Eating tainted chicken seems to be a major factor in the cases of S. Kentucky illness that have been reported so far. But salmonellosis can also spread by eating other foods, and by person-to-person contact.

The news comes as the U.S. is battling an outbreak of salmonellosis caused by another strain of antibiotic-resistant Salmonella called S. Heidelberg. The outbreak has sickened scores of people and killed one so far, the Associated Press reported.

Will S. Kentucky spread around the world, causing similar outbreaks? Scientists behind the study, published online in the Journal of Infectious Diseases, are hopeful that increased awareness of S. Kentucky will stop that from happening.

"We hope that this publication might stir awareness among national and international health, food, and agricultural authorities so that they take the necessary measures to control and stop the dissemination of this strain before it spreads globally," study author Dr. Simon Le Hello, of the Pasteur Institute in France, said in a written statement.

The CDC estimates that 50 million Americans each year get sick from food poisoning, including about 3,000 who die. Salmonella causes most of these cases and federal health officials say they've made virtually no progress against it.

Symptoms of salmonella poisoning include diarrhea, abdominal cramps and fever within eight hours to 72 hours of eating a contaminated product. It can be life-threatening, especially to those with weakened immunity.

The CDC has more on salmonella