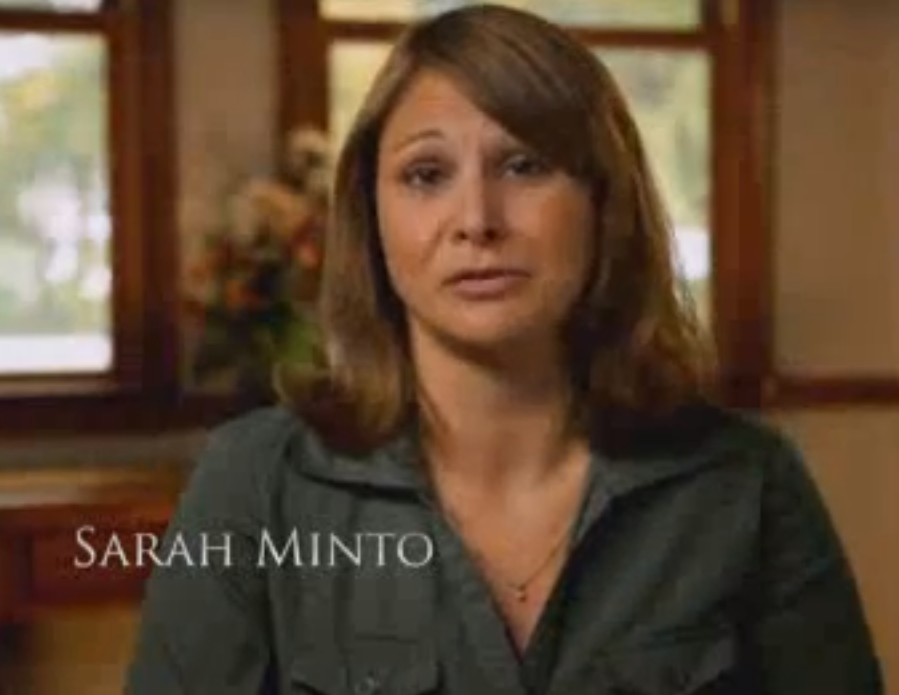 Minto apparently refers to an Obama ad, "Dangerous," that warned Romney would "allow employers to deny coverage for cancer screenings and birth control" and would "outlaw abortions even in cases of rape or incest."

"I looked into it," explains Minto. "Turns out, Romney doesn't oppose contraception at all. In fact, he thinks abortion should be an option in cases of rape, incest, or to save a mother's life."

Romney opposes abortion rights but has said he approves of exceptions for rape, incest, and the life of the mother. Critics have noted, however, that he also expressed support for a constitutional amendment declaring that life begins at conception, an absolutist position that would criminalize abortion with no regard for extenuating circumstances.

Pivoting from social to fiscal issues, Minto says, "This issue's important to me, but I'm more concerned about the debt our children will be left with."

The message dovetails with the Romney campaign's insistence that women voters are not singularly concerned with abortion and contraception, and that economic issues like job creation and the debt could enable Republicans to make inroads with women whose aversion to social conservatism might otherwise yield a vote for Mr. Obama.

Both Romney and his running mate, Wisconsin Rep. Paul Ryan, spoke to women's issues at campaign events on Wednesday, underscoring the importance of the female vote as Election Day approaches.

After Tuesday's debate, however, Romney may need to redouble his courtship of women voters. Asked about pay equity, Romney declared that he sought and received "binders full of women" from groups in Massachusetts highlighting qualified female applicants for cabinet posts in his gubernatorial administration. It was an innocuous enough statement, but the awkward diction immediately metastasized, spawning a mocking Tumblr blog and hours of dissection on cable news.

Compounding the problems wrought by Romney's off-key phrasing was a report questioning his implication that he initiated the search for "binders full of women." According to David Bernstein of the Boston Phoenix, the list of qualified female applicants was actually prepared by civic groups prior to Romney's inauguration who presented the new governor with their compilation. Romney himself played no role in initiating the search for qualified female appointees, though he eventually did appoint record numbers of women to his cabinet.

Mr. Obama, for his part, seemed delighted to needle Romney for the remark, saying on the stump Wednesday, "We don't have to collect a bunch of binders to find qualified, talented women ready to teach in these fields right now. And when young women graduate, they should get equal pay for equal work. That should be a simple question to answer."