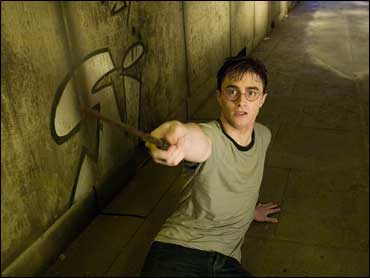 Good news for Harry Potter fans awaiting release of the boy wizard's next movie: "Harry Potter and the Order of the Phoenix," the fifth movie based on the best-selling books, will open in U.S. theaters July 11, two days earlier than expected.

The film, directed by David Yates, was scheduled to be released July 13.

Warner Bros., which is distributing the film, gave no explanation for the change.

The world premiere of the movie will be held June 28 in Tokyo, followed by a London premiere on July 3.

The film franchise is based on the best-selling novels by J.K. Rowling.

The seventh and final book in the series, "Harry Potter and the Deathly Hallows," is still scheduled for release July 21.