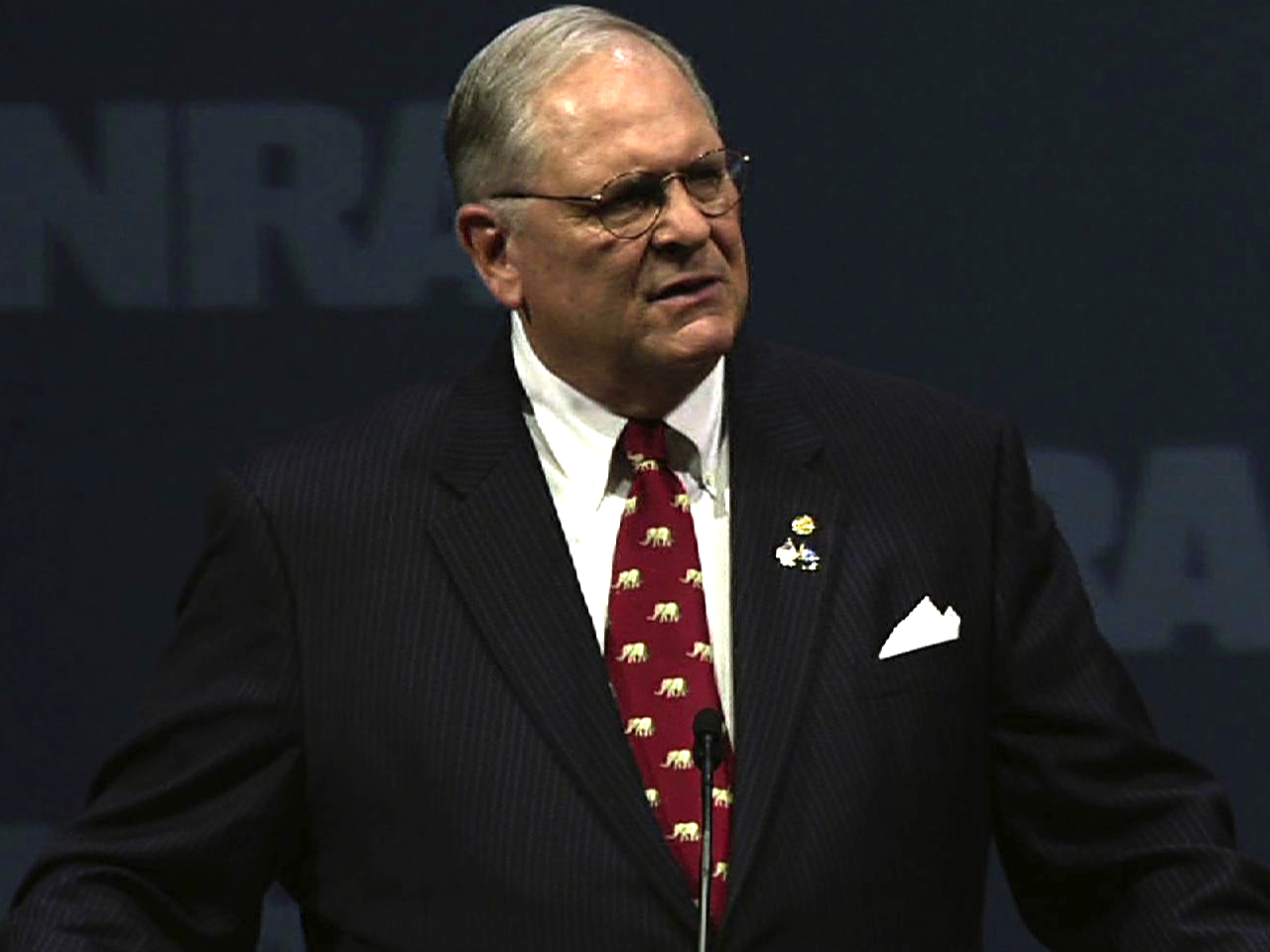 HOUSTON The incoming leader of the National Rifle Association has a long history with the powerful gun rights lobby and a penchant for bold statements that are sure to enflame an already explosive national debate over gun control.

James Porter, an Alabama attorney and first vice president of the NRA, assumes the presidency on Monday after the group's national convention wraps up in Houston. He didn't wait until then to ignite a new furor over gun control, telling the NRA grass-roots organizers on Friday they are the front line of a "culture war" that goes beyond gun rights.

"(You) here in this room are the fighters for freedom. We are the protectors," Porter said.

Porter, 64, whose father was NRA president from 1959-1961, is part of the small, Birmingham, Ala., law firm of Porter, Porter & Hassinger. The firm's website notes its expertise in defending gun manufacturers in lawsuits.

Porter takes over the organization as the NRA finds itself in a national fight over gun control in Washington, D.C., and state capitols around the country. The NRA had a major victory regarding gun control with the defeat in the U.S. Senate of a bill that would have expanded background checks for gun sales. But it lost ground in some places as several states passed laws expanding background checks and banning large ammunition magazines after December's mass shooting at a Connecticut elementary school.

Glen Caroline, director of the NRA's grass-roots division, noted the coming fight over gun control in the 2014 elections. "Our senators are on record. They cannot hide from those votes," Caroline said.

As shown by his "culture war" comment Friday and others in his past, Porter's style is likely to be one that fans the flames of an emotionally combustible debate.

Porter has called President Barack Obama a "fake president," Attorney General Eric Holder "rabidly un-American" and the U.S. Civil War the "War of Northern Aggression." On Friday, he repeated his call for training every U.S. citizen in the use of standard military firearms, to allow them to defend themselves against tyranny.

Gun control advocates say Porter makes outgoing NRA President David Keene look like a moderate on gun issues, even though Keene had said the NRA would try to punish lawmakers who voted in favor of expanded background checks and other gun control measures.

Keene had worked to offer a softer, if equally staunch voice for the gun lobby's ideas when compared with Wayne LaPierre, the fiery executive vice president who remains the NRA's most prominent voice on the public stage.

But Porter was greeted with rousing applause at the grass-roots organizing meeting, and several in attendance called out, "Hey Big Jim!," as he walked through the crowd.

NRA officials did not respond to a request for comment about Porter taking over the organization. In an interview this week with the Washington Times, Keene called Porter "the perfect match for president" and noted his legal expertise.

Porter has served as a head of the NRA's legal affairs committee. His legal experience will be counted on to help the organization challenge some of the gun control laws passed in several states around the country in court, Keene told the Washington Times.

The latest on the House Jan. 6 investigation
Thanks for reading CBS NEWS.
Create your free account or log in
for more features.
View CBS News In
CBS News App Open
Chrome Safari Continue
Be the first to know
Get browser notifications for breaking news, live events, and exclusive reporting.