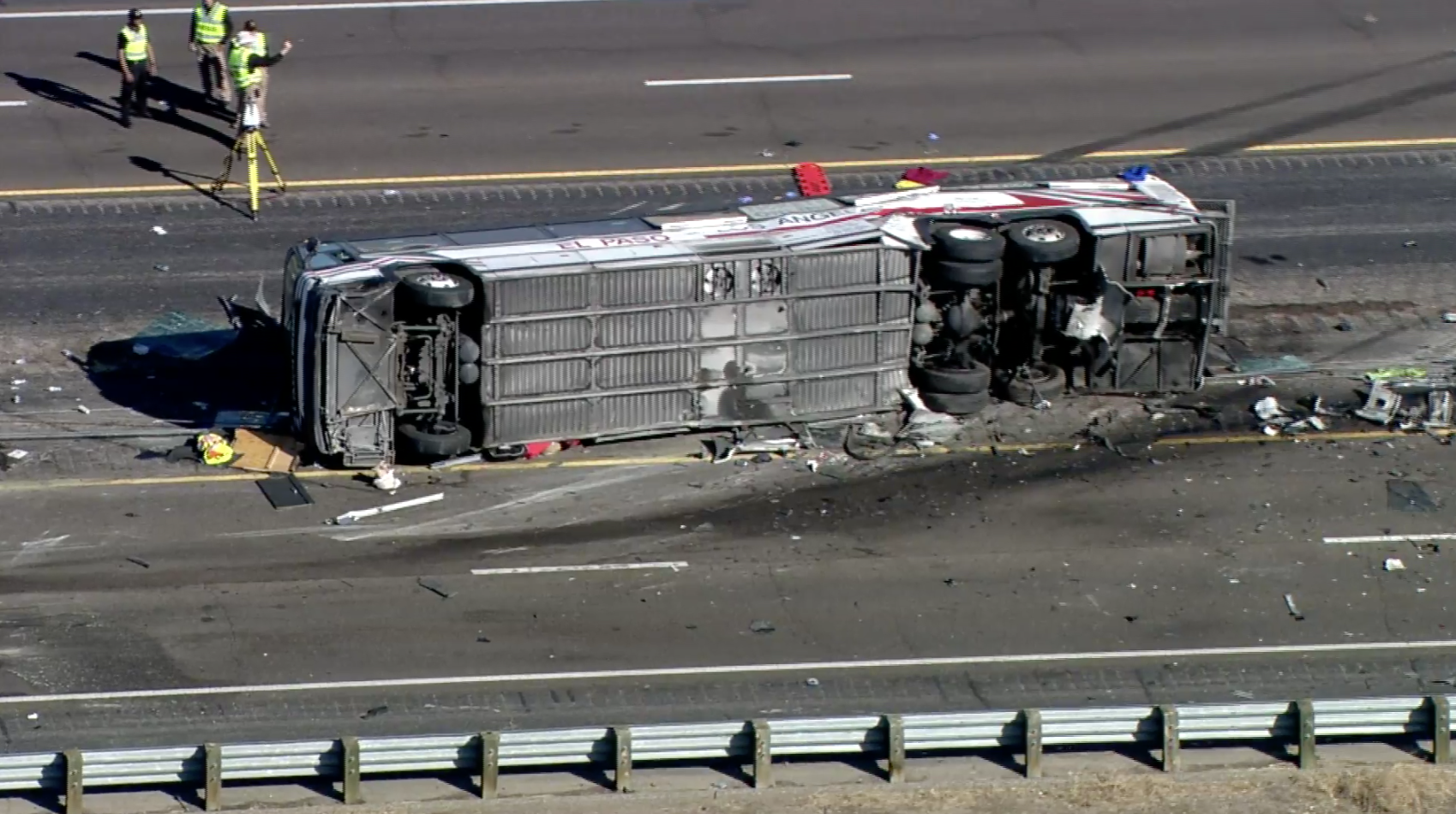 Photos show a mangled car that's almost entirely flattened and the bus on its side on Interstate 25 just north of Bernalillo, about 18 miles north of Albuquerque.

"This is definitely one of the worst accidents I've seen in my career. A lot of agencies involved, a lot of patents, a lot of critical patients," Chief Maxon said Sunday, CBS affiliate KRQE-TV reports.

Rio Rancho Fire Rescue said on Twitter that emergency crews had to extricate several people who were trapped in the bus using a tool that pries open parts of a vehicle.

It wasn't immediately known whether the three who died were bus passengers. Maxon said 35 people were on the bus and emergency responders checked 38 people at the scene.

Twelve of the injured were taken to University of New Mexico Hospital, where three were in critical condition, officials said. The hospital says the injuries range from broken bones and lacerations to head and internal injuries.

Eight patients were taken to another hospital, and authorities said six were treated and released.

The names of the victims weren't immediately released.

It was not clear if the bus involved was a tour bus and where it was coming from or headed.