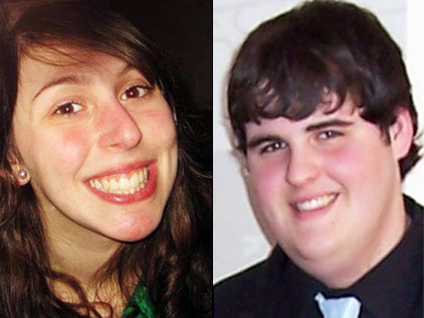 (CBS/AP) OLD BRIDGE, N.J. - Prosecutors have identified the man who allegedly shot and killed two people and then himself at a New Jersey supermarket Friday morning as 23-year-old Terence Tyler, an employee of the store, CBS New York reports.

The suspect left a Pathmark in Old Bridge Township around 3:30 a.m. and returned a half-hour later with a handgun and an AK-47 assault rifle, Middlesex County Prosecutor Bruce Kaplan said.

Sources tell CBS New York that Tyler is an ex-Marine who had worked at the store for about two weeks. He served in the military from 2008 to 2010.

There were 12 to 14 people in the store at the time of the shooting, said Kaplan. The shooter fired the rifle at the first workers he saw, killing 18-year-old Cristina LoBrutto and 24-year-old Bryan Breen while other workers hid, he said. At least 16 rounds were fired, some breaking the front windows.

"I believe everybody in the store was a target," Kaplan said, according to CBS New York. "It appears he opened fire on the employees that he observed in the store when he entered the store."

The motive is under investigation.

"He was going through regular struggles like everyone else, but you didn't expect him to go crazy," said Tyler's friend Manase Acheampoag.

Police at the scene kept onlookers well away from the store Friday morning. A number of vehicles were in the parking lot outside, along with police vehicles.

Old Bridge is a bedroom community of about 65,000 just across the Raritan Bay from New York City's Staten Island borough.